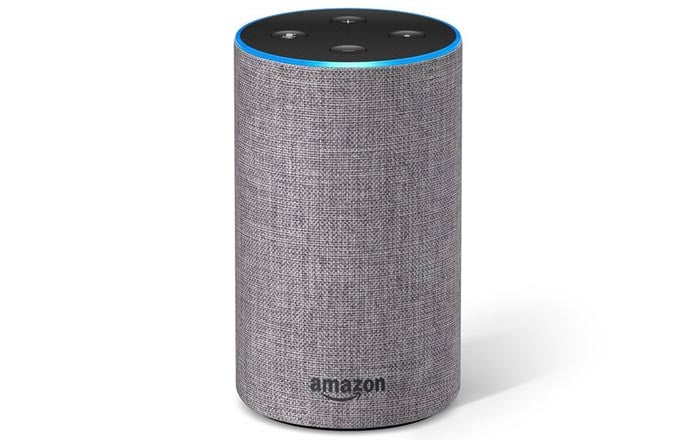 Amazon recently held a surprise hardware event to show off the new Echo, Echo Plus, Echo Spot, Echo Connect, Echo Buttons, and 4K Fire TV. It’s also announced a partnership with BMW to get Alexa integrated into its luxury cars starting from 2018.

Starting off with the second generation $99.99 Echo, this is the first major refresh of the original since it was launched 3 years ago. The price has gone down and it has got a more compact look this time round. Shell colors and finishes include oak veneer, silver, and sandstone. There’s a dedicated tweeter, 2.5-inch down-firing woofer, Dolby processing, and revamped speaker architecture under-the-hood.

Amazon claims its second generation far-field technology has gotten even better at wake word processing and noise cancellation. Alexa itself has gotten a new Routines feature. A person would just have to say something like “Alexa, good night” to prompt the assistant to switch off the lights, turn off the TV, and lock the door. 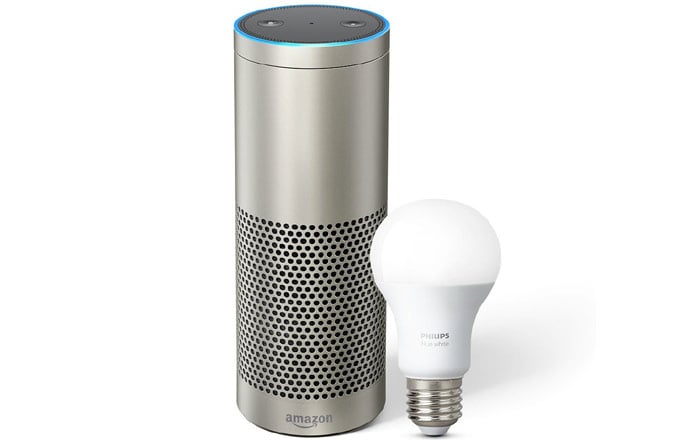 As for the $149.99 Echo Plus, Amazon’s blessed it with a smart home hub to make it easier for it to connect with compatible intelligent gadgets like plugs, switches, locks, and lights. Buyers will get a free Philips Hue smart light bulb with their purchase to get them started. Audio gets enhanced with 360-degree omni-directional sound.

The $129.99 Echo Spot is best described as a tiny Alexa-powered alarm clock, meant to serve as a cross between the Echo Dot and Echo Show. Its small 2.5-inch screen can showcase various things like videos, the weather, and shopping lists. The device even has a camera to make way for video calls.

The $19.99 game show-like Echo Buttons are a bit more quirky, with Amazon intending it to be used as a way to play games with friends and family via Alexa. Titles coming this holiday season include Buzzer Beater Basketball Trivia with Karl-Anthony Towns, Trivial Pursuit from Hasbro, and Beat the Intro from Musicplode.

Finally, the $34.99 Echo Connect will let you make landline calls via an Echo and the $69.99 Fire TV with 4K supports 4K Ultra HD, Dolby Atmos, and High Dynamic Range (HDR). You can pre-order the new crop of devices here.