Even some of the most affordable and valuable Android tablets have gone cheaper this month and amongst them is the Galaxy Tab 3 from Samsung that’s now available in the UK at just £99 via Amazon. The slate in question is the 7-inch model which has been bundled for free with multiple devices from the South Korean conglomerate in the past.

This deal was made known by Android Central. On Amazon US, the very same tablet is being listed for $159.99 which amounts to around the same price being asked in the UK after conversion. The 7-inch Samsung Galaxy Tab 3 is nowhere near to Nexus 7 in performance and specifications, but the discounted tag does make it a pretty good pick if you’re looking for a decent Android experience. 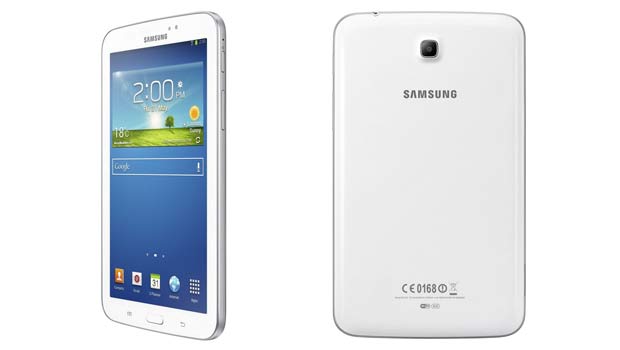 The Samsung Galaxy Tab 3 7-inch model isn’t much different from its predecessor. The device features the same 7-inch LCD panel with WSVGA 1024 x 600p resolution. The tablet runs on Android 4.1 Jelly Bean and it’s powered by a 1.2GHz dual core processor with 1GB of RAM. The device offers 8GB of onboard storage and a microSD card slot.

Additionally, it features a 1.3MP front camera and a 3MP rear snapper that can record videos at 30fps. You also get connectivity features such as Wi-Fi and Bluetooth. Lastly, the built-in 4000mAh battery can deliver up to 8 hours of activity. The Galaxy Tab 3 7-inch weighs 300 grams and it measures 111.1mm x 188mm x 9.9mm in dimensions.

Those interested in picking up the Samsung Galaxy Tab 3 in the US can do so by clicking here, while UK customers can grab the slate through this link.