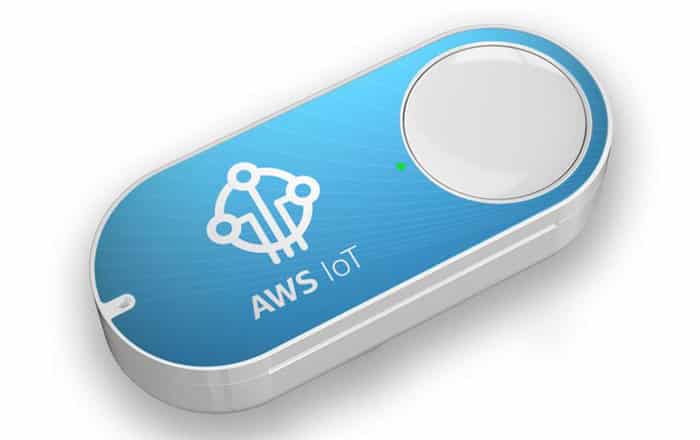 Up until now, Amazon’s Dash buttons have been superb tools for ordering things from the retailer instantly. While developers have got them working for tasks other than those involving online shopping, they are officially only programmed for instantly ordering stuff like diapers, detergent and more.

But now, Amazon has come up with a new AWS IoT Button. The AWS stands for Amazon Web Services which is the cloud framework it uses, while the IoT of course stands for Internet of Things.

This new Dash button from Amazon connects to Wi-Fi and lets you easily program it for performing everyday tasks. These can include anything from calling or messaging someone, streaming on Netflix, opening your garage door, turning on a Wi-Fi-connected bulb or even hailing an Uber ride.

Also Read: Amazon’s new Kindle Oasis is its most expensive and thinnest one yet

The AWS IoT Button will even come with support for APIs from Slack, Twitter, Facebook and more. This can probably be utilized by users for instantly sending text like ‘I’m on my way’ to your friends in case you’re running late.

While a regular Dash button that’s tied to just one task can be bought at $5 in the US, the Amazon AWS IoT Button costs $20. Moreover, it went out of stock in a flash; so interested parties will need to wait for a while for it to be available again.

Amazon has said that programming this new device is an easy task that can even be handled by novices. However, some software knowledge will definitely come handy for those who want to use it for advanced tasks.

Like we said, the Amazon AWS IoT Button comes with a $20 price tag but it’s completely out of stock at the moment.