Available in India right now is the new Amazon Kindle Voyage e-reader which can be purchased in the form of Wi-Fi-only and Wi-Fi + 3G models. While the former variant costs Rs 16499, the latter can be snapped up by interested parties in exchange of Rs 20499.

Apart from the connectivity attributes, there’s basically no other difference that both these slates bear with each other. The Amazon Kindle Voyage features a 6-inch display bearing a pixel density count of 300ppi. This panel features an adaptive front light trait which changes the brightness depending on the environment to provide a better reading experience. 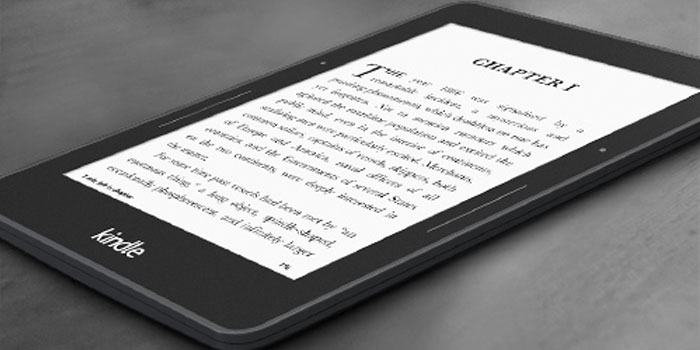 Moreover, Amazon has blessed its new e-reader with a micro-etched glass screen that effectively eliminates glare, and feels like paper to the touch. At just 7.6mm slim, it happens to be the thinnest reading device to have ever been made by the retail giant.

It comes with 4GB of in-built storage which is enough to hold more than a thousand e-books at a time. The battery inside the Kindle Voyage gets fully charged in around 3 hours, and is capable of keeping the device going for up to six weeks if used for half an hour every day.

Also Read: Amazon Fire Phone gets updated for the few people who actually own it

Amazon has built into this gadget a new feature aimed at making it easy to turn the pages of your e-books. Dubbed PagePress, it allows you to press anywhere on the device’s bezel to turn the page and get a haptic feedback of the same. 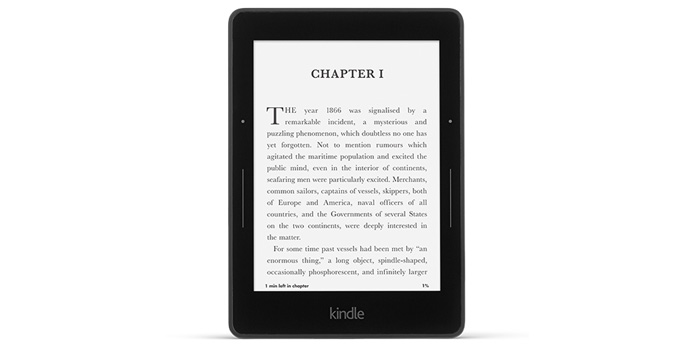 The new Kindle Voyage can of course be bought now only through Amazon in India at the above mentioned retail values of Rs 16499 or Rs 20499.