Despite releasing all those new tablets today, Amazon certainly hasn’t forgotten its plain old e-Reader lineup seeing as a totally fresh entry into the range has been introduced by the company in the form of the Kindle Voyage. This $199 slate is also accompanied by a refreshed original Kindle which comes with touch support.

With a 7.6mm waist, the Amazon Kindle Voyage is pretty slim, and it doesn’t weigh much either, as it tips the scales at just 6.4 ounces. Its makers have gone so far as to say that it’s the thinnest device they’ve ever made. 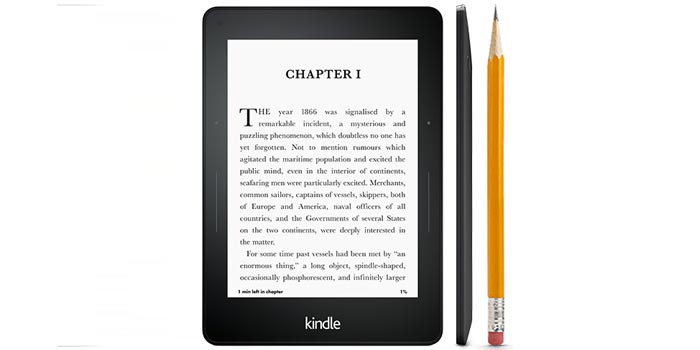 This reading gadget uses a new Paperwhite panel to display your books in higher resolution than before, while there’s even increased brightness and contrast on its side. With the Voyage, Amazon has introduced a new PagePress feature that’s nothing but an easier way to turn pages.

This technology employs a custom-designed force sensor which can be pressed gently to turn the page. While doing so, the device also offers tactile feedback to subtly let you know that you’ve gone to the next page.

And then there’s the new basic Kindle which costs $79, and ships with a touch interface. Moreover, it is also claimed to offer a 20 percent faster processor than its predecessor, apart from double the amount of storage. It also kicks in support for features like Kindle FreeTime, Goodreads and Smart Lookup. 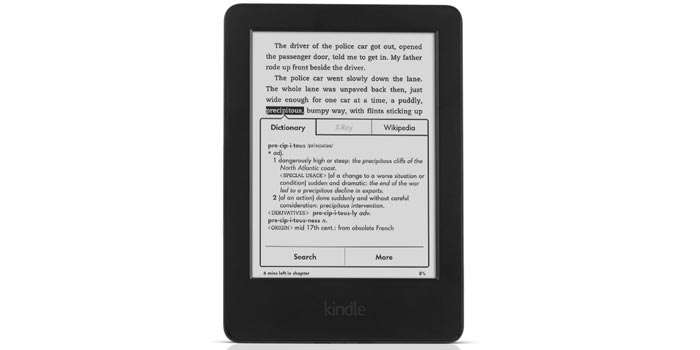 While the new Kindle will go on sale on October 2, the Amazon Kindle Voyage will be made available on October 21. Pre-orders for both the devices have commenced on Amazon (1) (2) already.