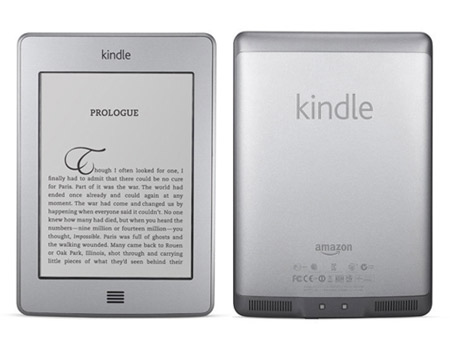 The Amazon Kindle Touch Wi-Fi version has finally packed its bags and will soon be in the hands of avid readers and fans in several countries around the globe. Undoubtedly the new generation eReader is still available in the U.S., but will be seen delving into several other locations too.

The Kindle Touch is a black and white eReader gadget with an eInk multi-touch display of 6 inches and a resolution of 600 x 800p at 167ppi. It was released in September last year, along with some more family members like the Kindle eReader, Fire, Touch 3G, and more. A single charge is said to power the device for a span of approximately two months, provided it is used only for 30 minutes per day with the wireless option turned off.

Although there has been no official announcement from the company’s side, a recent development on the concerned Amazon page conveyed this good news pretty subtly, reports Engadget. According to eBook Reader blog, the purchase page is now equipped with a drop-down box which lets users select their respective countries. 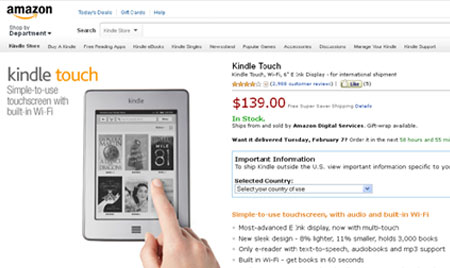 Even when the box shows off the names of almost all countries, not every nation can welcome the electronic reader, at least not just yet. It is still to gain an official entry into some of them, which we hope will happen soon. Till then, the Touch can be enjoyed by the reading community with access to several English titles. Nation-specific availability of these will depend on the rights granted by respective publishers.

The Amazon Kindle Touch Wi-Fi price before the addition of taxes, import duties, and other country specific charges is $139.