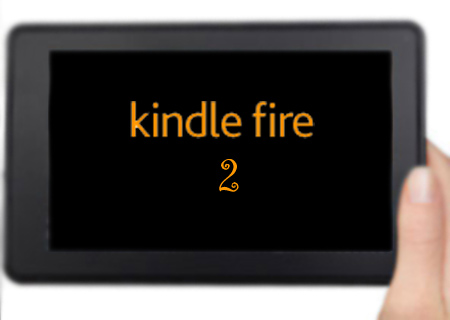 The Google Nexus 7 has seen its fair share of speculations before launch and the Amazon Kindle Fire 2 seems to be going through the same process. With the device making an informal appearance in the rumor mill, word on the street states that the slate will arrive affixed with a possible Q3 launch date.

The guys over at AllThingsD have managed to get a few insights on how the new Kindle Fire might look like, both internally and externally. Based on speculations, the successor to the low-cost Android-powered Kindle device should surface bearing an improved display proffering HD resolutions compared to the 1024 x 600 pixel touchscreen affixed to the first generation Kindle Fire. With a 1280 x 800 pixel resolution, the upcoming slate might also have a 29% increment in the screen’s pixel density, amounting to approximately 216ppi.

Additionally, the device seems to be a reworked version built over the original, similar to what Apple did with the iPad. So we’re basically looking at a thinner and lighter form factor portrayed through the same design flaunted by its predecessor. What we’d like to know is – will it be better than the Google Nexus 7? Well, we’ve got our fingers crossed that Amazon will put on a good show against the Mountain View giant by implementing a faster SOC and improved graphics amongst other possibly enhanced components.

Amazon plans on launching the Kindle Fire 2 in the second half of this year, or more specifically late Q3, as stated earlier. It’s safe to speculate that the tablet might just release in time for Christmas, bearing a subsequently low price tag considering that the Kindle range has managed to achieve quite impressive sales during the past holiday season.