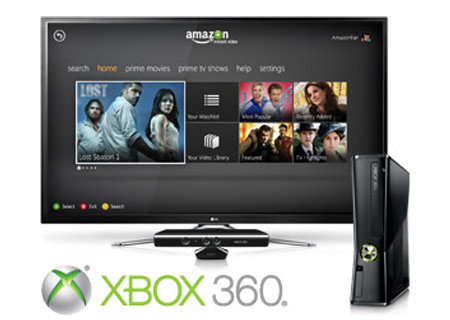 Launched for the PS3 console back in April, the Amazon Instant Video for Xbox 360 app has now gone live in the US. With the Kinect add-on, users will be able to locate content and even access videos through simple hand gesture movements or speech.

Available for Xbox Live Gold subscribers, the streaming service from Amazon brings in a wide catalog of movies and TV episodes to the gaming console. Apart from viewing videos, users will be able to create a watchlist by compiling a roster of shows for fast access. Through the Whispersync feature, content can be previewed on a Kindle Fire tablet and later continued on an Xbox 360 console.

“Amazon Instant Video on the Xbox 360 console is among one of the most requested video features from our customers, so we are excited to offer yet another way for customers to enjoy Amazon Instant Video,” expressed Anthony Bay, Amazon.com vice president for video. “With Amazon Instant Video on Xbox 360, Xbox Live Gold members can start enjoying new release movies, current TV episodes and Prime Instant Video right away. Our integration with Kinect for Xbox 360 lets customers play and search for videos with the wave of a hand or the sound of their voice, and our Whispersync technology allows customers to seamlessly switch between watching on their Kindle Fire and their Xbox 360 console, without losing their place. Also, Watchlist is a great new feature that lets customers keep a running queue of videos they want to see in the future.”

In addition to the aforementioned features, the app packs in the Prime Instant Video service as well. This is said to deliver over 17,000 movies and TV shows to Prime members for free. What’s more, purchases made on the Amazon Instant Video service can be accessed from almost any supported device including the console, smartphones and tablets.

The Amazon Instant Video for Xbox 360 app is available for Xbox Live Gold subscribers through the Marketplace.