Amazon Underground has just been unveiled by the American company as its new Android app store which comes equipped with free apps worth $10000. The interesting part is that there’s no catch attached to this; all the apps in this store are completely free to download and do not even feature in-app purchases.

This is basically a new version of its already existing Amazon Appstore which is known for its ‘Free app of the day’ promotions. This particular model will be vanishing from that service, which is obvious because Underground offers way more than just ‘Free app of the day.’

We’re guessing the original Appstore too will be phased out over time. To give you an idea of the exact kind of apps that you’ll be able to download on Amazon Underground, here’s a few big names: OfficeSuite Professional 8, Goat Simulator, PhotoSuite 4, Frozen Free Fall, Star Wars Rebels: Recon Missions, Angry Birds Slingshot Stella and Looney Tunes Dash. 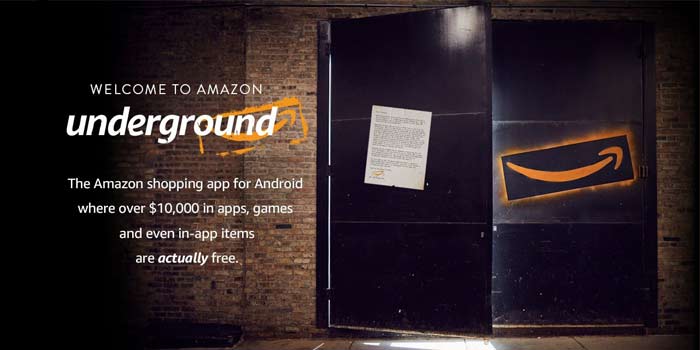 These utilities will cost you money if you buy them via the Google Play store, but they’ll come devoid any charges or in-app purchases on Amazon Underground. But how exactly is the company able to afford such a service? The answer is simple; it pays the developers itself.

Under this new business model, app and game developers are paid by Amazon on a per-minute played basis, and the developers in turn wave off their in-app fees. Once inside this new service, you just need to look for an ‘Actually Free’ banner in order to take advantage of it.

Also Read: Amazon all geared up to launch Kindle Unlimited in India

Of course, Amazon Underground cannot be downloaded through the Play store, as such apps are not allowed on Google’s platform. You can hit this link in order to grab its APK. Do note that it’s only meant for the US, the UK , France and Germany as of now.