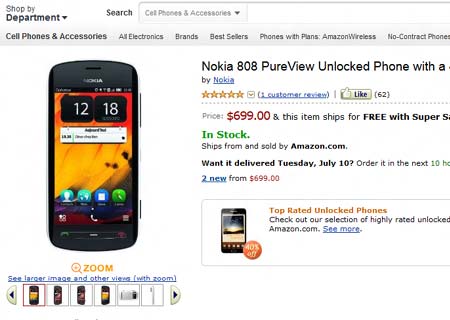 The Belle-powered Nokia 808 PureView smartphone which was officially unveiled in the US last month has finally hit availability status on Amazon. With the device being ‘In Stock’ on the e-commerce website, potential users will be able to purchase the handset for a little less than $700.

Nokia already announced that the smartphone would arrive in the country independently. That means it won’t be available through national carriers on a contract basis. Being unlocked and free from commitments, the handset is said to be fully functional on 3G and 2G networks from various providers including AT&T and T-Mobile. Additionally, the device won’t feature any modifications to the design and internal specifications. 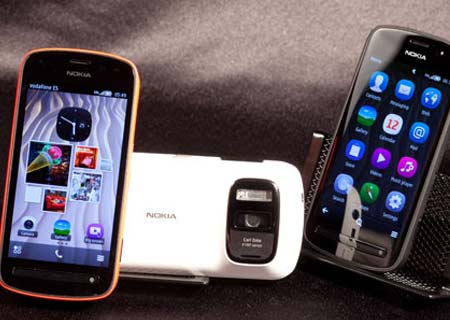 For a quick refresher, the handset comes powered by a single core ARM 11 processor that’s clocked at 1.3GHz. Accompanying the CPU is 512MB RAM which caters to enhancing multitasking capabilities. A 4-inch 360 x 540 pixel AMOLED ClearBlack display sits pretty on the front with a protective coating of Corning Gorilla Glass. Built around dimensions of 123.9mm x 60.2mm x 13.9mm, the phone weighs 169 grams.

The main highlight here is the 41MP sensor featuring a Carl Zeiss lens and the PureView imaging technology which allows users to capture stunning images that are comparable to that of DSLR cameras. On the storage front, the device employs 16GB of built-in memory which is further expandable up to 32GB via the microSD card slot. 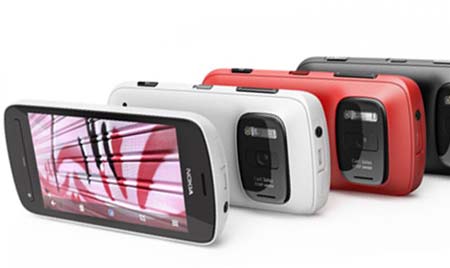 The Nokia 808 PureView price on Amazon amounts to $699. The smartphone is now up for grabs through the e-commerce website in the US, reports PhoneArena.