Amazon customers prefer Kindle books over printed ones in the UK 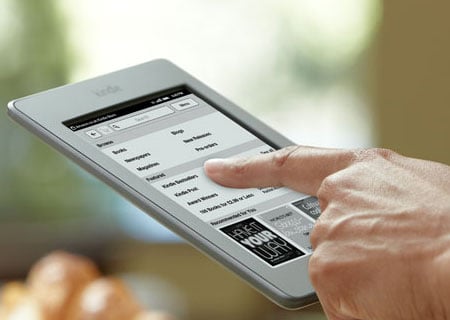 If the statistics presented by Amazon are anything to go by, its customers in the UK prefer Kindle Books more than their physical counterparts. According to the e-retailer, sales of its eBooks this year have surpassed that of printed ones including hardcover as well as paperback.

The retailer claims that it has managed to sell 114 eBooks for every 100 printed books in 2012 so far. While customers continue to buy physical books, they now purchase 4 times the number of books that they did before owning Kindle tablets. Moreover, Kindle Direct Publishing (KDP) authors are now receiving up to 70 percent royalties and even the number of independent authors around the globe choosing KDP has reportedly gone up by 400 percent.

“Customers in the UK are now choosing Kindle books more often than print books, even as our print business continues to grow. We hit this milestone in the US less than four years after introducing Kindle, so to reach this landmark after just two years in the UK is remarkable and shows how quickly UK readers are embracing Kindle,” stated Jorrit Van der Meulen, vice president, Kindle EU.

The Kindle and its Touch version have been fitted with an eInk display that cuts back on the glaring effect even in brightly lit conditions. Users can apparently download books in about 60 seconds on their Kindle devices. Additionally, Amazon stocks up on roughly one million books along with newspapers, magazines, blogs and more. Once bought, a book can be read on a number of platforms including computer systems, Android or iOS devices amongst others.

The statistics regarding Kindle books sales surpassing printed ones were disclosed by Amazon UK just recently.