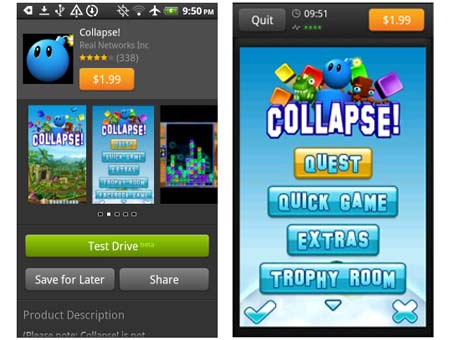 Back in March 2011, Amazon Appstore Test Drive for Android was launched with the purpose of allowing users to take apps out for a spin before purchasing them. At that point of time, the facility was limited to PC and now, it’s moving right onto Android smartphones.

The Amazon service via PC has Test Drive enabled on more than 16,000 applications. The variation for Android phones however, only includes a little over 5,000 apps at present. Applications which are up for a ride feature a ‘Test Drive’ button on the product page and once invoked, users can employ their handset’s accelerometer and touchscreen to control the utility. The experience should be similar to running an app on the concerned device, for the first time ever.

“The more we remove friction for customers who want to try apps, the more apps they will try. Those customers are more likely to find apps they are excited to download. In this way, Test Drive helps customers understand the value of premium apps and helps drive downloads of freemium apps. Since Test Drive launched, it has been enabled on over 16,000 apps. Today we begin the beta rollout of Test Drive on Android phones. Now customers can instantly try apps on their phone – where a majority of app purchases take place – without downloading or installing anything,” says the Amazon Appstore Developer blog. 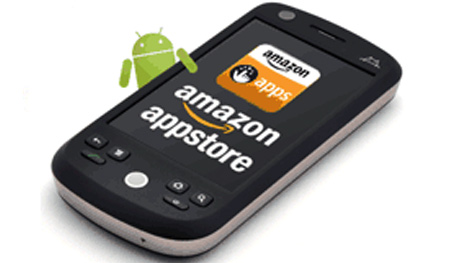 An application can be bought or downloaded at any point of time during the Test Drive process, as long as users have the latest edition of the Amazon Appstore software. It’d be good to note that the feature is only available to select device models for now. Developers need not worry about having to tailor their offerings for this particular facility since applications are automatically tested for it.

Amazon Appstore Test Drive for Android phones is currently being laid out in its beta form.