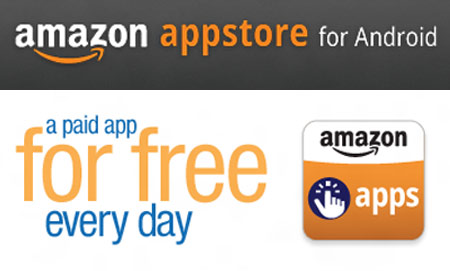 Android users in the UK, Germany, France, Italy and Spain are first in line to gain access to the once US-only Amazon Appstore. The Seattle-based e-commerce company recently announced that developers around the globe can send in their applications for international distribution which is scheduled to commence later this year.

In the US, the service currently holds a wide catalog of apps comprising of various categories and genres. Over the year, it has even introduced multiple features including the 1-Click purchase and Test Drive which allows potential users to try out applications before acquiring them. On going global, developers will be able to list prices by marketplace, select specific countries for selling the app and much more.

“We are thrilled at the success our developers have experienced on the Amazon platform in the last year,” expressed Jim Adkins, Vice President of the Amazon Appstore. “Some developers have seen revenue double since the launch of In-App Purchasing. We’re excited to open the door to even more opportunity by expanding app sales outside the U.S. We see tremendous potential for current developers in our distribution program to grow with the international expansion. We also encourage new developers to join and participate in the platform’s growth.”

Additionally, a few changes have been carried out to the Amazon Mobile App Distribution agreement. Developers will now gain 70% of the listed application price on each sale. This is schedule to go live starting July 1, 2012. They can even can start submitting applications or signup for an account though the Amazon Mobile App Distribution Portal. Current members will have their apps set to sell internationally by default.

The Amazon Appstore will make its global debut later this year starting off with a handful of countries in Europe including the UK, Germany, France, Italy and Spain, as mentioned earlier.