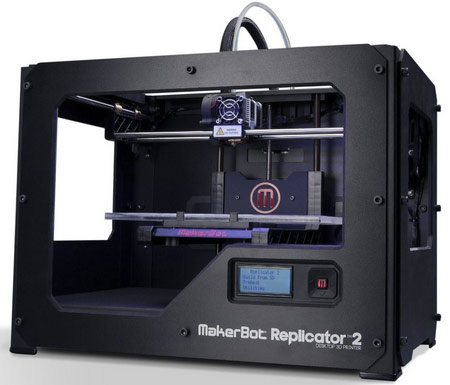 A spanking new Amazon 3D printer store has been thrown open online and it’s being seen by many as a move that will bring the technology to the masses. Or at least, to the people who can afford the price tags attached to these futuristic machines.

For those who’re still puzzling over how a 3D printer works, it creates a three dimensional replica of an object by adding layer upon layer of precisely measured out material. The ‘ink’ employed for creating such a model can be of plastic, metal, paper, rubber and more. But the first step is to feed the system with blueprints of the proposed item. CAD or similar software can be used to envision the virtual slicing of the object into cross-sections. Here’s a video to help understand the idea better. 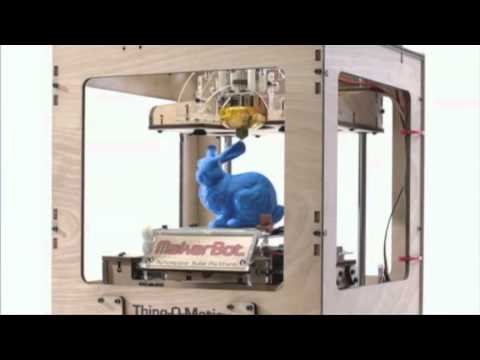 3D printers have kicked up a furor recently owing to their ability to allow usable guns to be constructed easily. All a user would need are blueprints of the firearm and he/she could have a weapon in his/her possession without the bother of getting a license. But the technology is of more use than this. Remember Dita Von Teese and her 3D printed black dress? Replacing broken parts, creating wearable jewelry, crafting toys and more may just be a matter of popping a design into such a machine and hitting ‘OK’ soon. 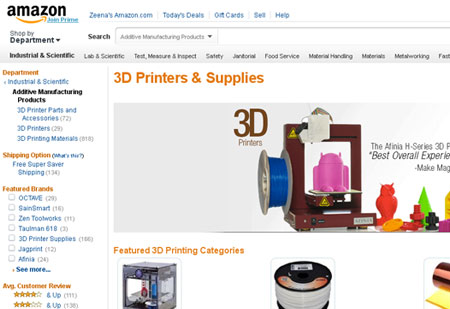 3D printers don’t come cheap, but they’re not out of wallet’s reach for some people at least. Well, Amazon is obviously keen to get into the game while it’s still at its early phase in the mainstream market. The retailer is presently selling a range of products including the MakerBot Replicator 2, Afinia H-Series, FlashForge, Cubify Cube and so on. The most expensive of these options is the fabbster 11-1 at $3,000, while JET and Cubify offer the cheapest ones starting at $1,099. The online vendor also has spare parts for these printers, building materials and software bundles on display. 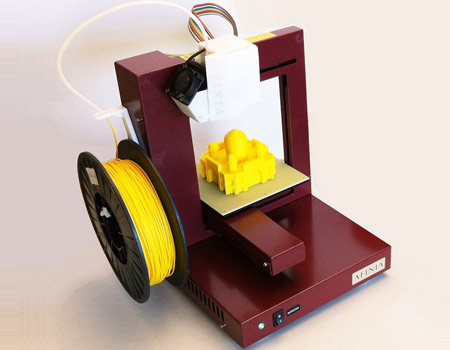 For those who want to see what sort of everyday objects can be made out of 3D printers, Shapeways has an interesting collection of items designed using this technology. If enough companies attempt to cater to this segment, we can see the price of the hardware being driven down to affordable in the near future. So will it be a MacBook Air or 3D printer for Christmas? We vote for a 3D printer that will build us a MacBook Air.