You’ve come to the right place if you’re looking to get into some games like Dark Souls during the quarantine days. Released in 2011, this game managed to shake the entire gaming community with its highly unique gameplay. It has all the trappings of a great action RPG, but what sets it apart is its extremely high difficulty levels, and how it’s able to offer so much enjoyment despite that. And then there’s also its distinctive multiplayer system that adds new depth to the whole experience. Dark Souls really is a game that defined a whole generation.

If you’ve finished playing it, and are looking for another option to sink your teeth into, have a look at this list we’ve prepared.


This game has been developed by the same folks who gave us Dark Souls, so you can definitely expect to grab more of the same fun from it. Available for the PS4, the Xbox One and PC, Sekiro takes place in the Sengoku period of Japanese history, and puts you in the shoes of a shinobi who is looking to level scores with a samurai clan that attacked him and kidnapped his lord. This action platformer lays a lot of its focus on stealth elements and exploration, but what’s most pleasing is, of course, its unrelentingly difficult combat, which has you fighting mythical creatures. Sekiro: Shadows Die Twice took home a number of ‘Game of the Year’ awards last year, and for good reason. If you’re a Dark Souls fan, you shouldn’t miss this one. 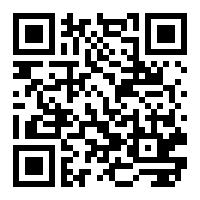 
Released earlier this month, Nioh 2 acts as a sequel to Nioh, which too is a worthy addition to this list of games similar to Dark Souls. This sequel carries forward the action RPG brilliance of the original, and gives us a new story that’s set before the events of the first game. The game’s hack and slash combat happens to be its main strength, with weapons like single and dual swords, axes, polearms and kusarigama being at your disposal. Like its predecessor, Nioh 2 has been released for the PS4, but considering that the earlier game had, in fact, made its way to PC in the following months, we can expect this sequel to follow the same route as well. 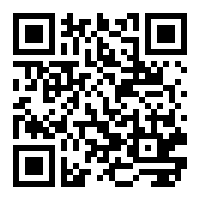 
Ashen is set in a dark, sunless world, and tells the story of a character seeking a home. It’s an open-world game that encourages exploration, and contains elements of classic RPGs. What’s unique is its co-op multiplayer aspect, which has you meeting other players from time to time. You can choose to join them in fighting evil together, invite them to your party or just ignore them. It’s not a graphics-intensive game moreover, which means you can jump into it even if you have a sub-par computer. Apart from PC, it’s also available for the Xbox One, the PS4, and the Nintendo Switch. 
This Sci-Fi addition to our list of Dark Souls alternatives is truly one of the best games that fans of the RPG genre will love. It’s set in a dystopian future where humans have exhausted the world’s resources. Its well-appreciated prequel is also a great option, but this successor features an expanded arsenal of weapons, armors, abilities, implants, and drones to build your character. Moreover, it’s set in a bigger and more diverse world that challenges you to survive as you unravel its hidden secrets. Its brutal melee combat and its colossal boss battles are something that will definitely get you hooked. You can grab this game for PC, PS4 and Xbox One. 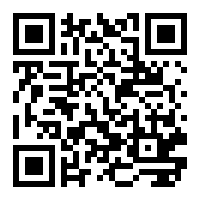 
The best way to describe Dead Cells is by calling it a 2D Dark Souls. At its core, it’s a roguelike and Metroidvania game that still maintains some Dark Souls ethos. Its permadeath system causes you to lose all cells and other currencies or items each time you die. This side-scrolling platformer allows you to play as a slime-like parasite that takes control of a corpse in a dungeon. There are several weapons, treasures and other tools waiting to be explored as you try to get out of this dungeon. It’s a game that’s not only available on mainstream consoles and PC, but also on Android and iOS. 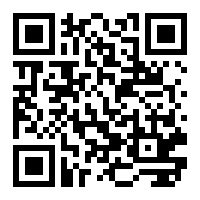 
This is yet another Sci-Fi game from the developers who gave us Dark Souls. The extremely popular PS4-exclusive allows you to step into the shoes of a hunter who must find his way through a dilapidated Victorian era-inspired city of Yharnam to find the source of an abnormal blood-borne disease. Bloodborne is known for its distinct Lovecraftian enemies and bosses who pose one unique challenge after another, forcing you to die several times in order to find a strategy to defeat them. With its excellent music, its atmospheric environments and its satisfying gameplay, this entry to our list of games similar to Dark Souls will fully immerse you in its brilliance.


Hollow Knight is another Metroidvania game on this list, and it plays like a platformer. It revolves around an insectoid Knight who happens to be on a quest to uncover the secrets of a long-abandoned insect kingdom called Hallownest. In order to achieve his goal, he must traverse areas in a nonlinear fashion, while fighting huge bosses, defeating who results in gaining additional abilities. Its rewarding combat coupled with relentless enemies will constantly keep reminding you of Dark Souls, despite the fact that it’s a 2D game. It’s available on PC, Nintendo Switch, PS4 and Xbox One. 
Outward is a fantasy RPG that’s laced with survival elements. This final addition to our list takes place in an open world, and allows you to play as a commoner rather than a hero. You will need to hide or defend yourself against threatening creatures, while traversing hazardous environmental conditions. The survival aspects of the game include protecting yourself from infectious diseases and cold, getting enough sleep and staying hydrated. Outward can be played now on your PC, PS4 or Xbox One. 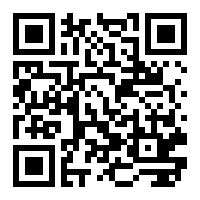 Conclusion: We hope this compilation of games like Dark Souls will keep you occupied for the coming months. Do make sure to download all of them and experience their addictive offerings.