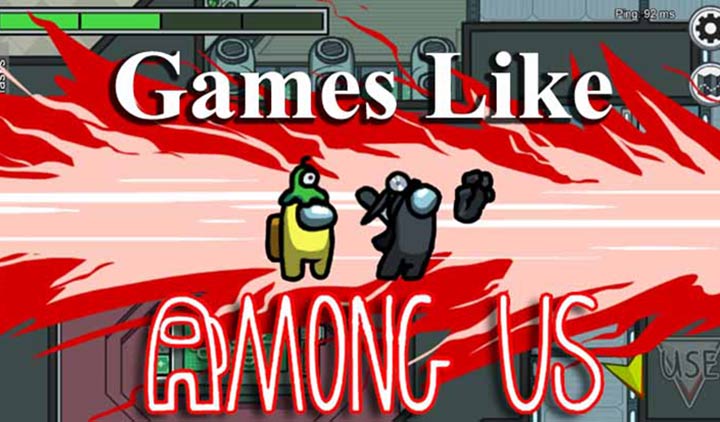 Games like Among Us are called social deduction games, which are typified by players having to figure out who the imposters among them are and stop the saboteurs. Specifically in Among Us, crew on a space vessel must complete objectives while seemingly innocuous crew members strive to sabotage their efforts and even kill the rest of the crew. What’s interesting about the genre is that there is a large game theory element to these kinds of titles, and since you’ll be playing against other people, trying to deceive or figure them out, it allows for near endless possibilities and there is never a dull moment.

What is a social deduction game?

If you’re unfamiliar with the game or the genre, here’s what happens in social deduction games like Among Us. A group of players are seemingly innocent and are assigned everyday tasks. But hidden among them are one or more imposters, posing as regular citizens but whose goal is to destroy the group, killing others or foiling their attempts to carry out their goals. These game are built around human interactions rather than high-tech graphics and visual effects, which is what gives them immense replayability – each game is unique and the various possible outcomes depend on how players act and react to situations that crop up.

Fun Fact: Did you know that the genre has been around since the late 1980s? It was reportedly invented by then psychology student at Moscow State University, Dimitry Davidoff, and called Mafia. The basic structure was the same: an uninformed majority versus an informed minority.

If you’ve been gunning to play games like Among Us, we’ve compiled a list of similar games so that you can jump right in to the genre and the social deduction fun. 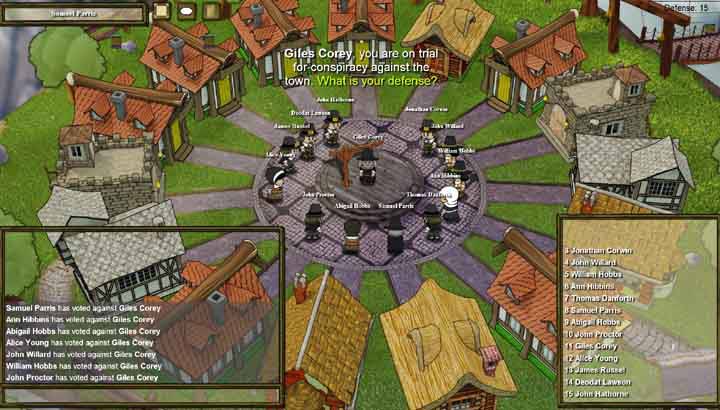 From developer BlankMediaGames, Town of Salem seems heavily inspired by Werewolf, Andrew Plotkin’s party game which is a variation on Dimitry Davidoff’s Mafia. In the game, a township of innocent people, 7-15 players, must flush out the evildoers who carry out nefarious deeds at night time. Billed as a “game of murder, deception, lying and mob hysteria,” this game is one of the most accessible, even if it does not have voice chat.

A great addition to the game is a feature called the last will, where players can write down their suspicions about which of the others may be traitors. If you are killed, your last will is read out to the survivors, so you can send a message to your townsfolk from the beyond.

What’s interesting about Town of Salem is that it relies heavily on deduction and social interaction. Villagers discuss whom they think might be the evildoers each day, and must settle on whom to put to the gallows. The accused can plead their case, but ultimately it is down to the popular vote.

Play Town of Salem here (login required). It is also available for iOS and Android devices and on Steam. 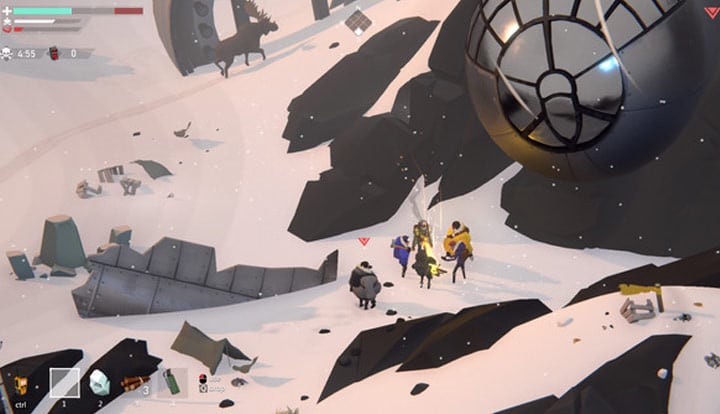 Ready to make a difficult task even more challenging? Try Project Winter, which not only pits you against other traitors who are trying to sabotage your survival in a wintry wasteland, but also against the elements and wild animals, which will attack you if you get too close – stay outside too long and you will freeze and start to get hungry, and you’ll likely run into a bear or two. A game for up to eight players, Project Winter has players completing social as well as individual objectives where the main goal for the survivors is to get all the equipment back in working order to signal rescue in order to escape.

Get it on Steam here. 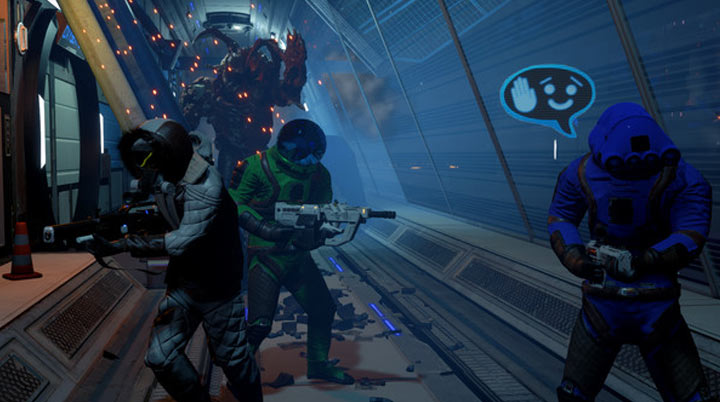 Probably the most fun game of the lot that we found, this one is played from a first-person perspective. A bunch of pioneering spacemen are left scrambling as the outpost they are on goes critical, with systems failing and The Company’s materials at risk. They must attempt to escape the deteriorating vessel all the while avoiding being killed by a shape-shifting alien who looks just like one of the crew.

Like Project Winter and Among Us, players can complete miscellaneous objectives such as clearing debris, sealing research samples and sending payloads back to where The Company can safely collect them.

The game puts you in a setting which makes it difficult to trust the crew member you’re with. As the game’s creator and founder of Sandswept Studios, Geoff ‘Zag’ Keene says when a fellow player insists that he isn’t the monster, “That’s what all the shape-shifting space aliens say.” Trust no one but yourself.

We love the first person perspective, but having to complete mini objectives such as clearing debris adds a touch of realism to the survival horror setting. And, a shape-shifting alien doesn’t hurt.

Get it on Steam for free.

Push the Button is interesting because it employs something similar to the Turing Test, called Security Protocol Zephyr Nine in the game. Only, instead of using it to detect the robots among us, it is used to sort the aliens from the humans. The premise is simple: a spaceship contains humans and aliens, and the humans must find out who the aliens are.

This social deduction game requires some fascinating detective work. In each round, a few players are tasked at responding to statements (they can agree or disagree), making rough sketches or drawings, or giving their opinion on something. The twist is that alien players are shown slightly different prompts. Players must judge based on answers who the alien might be.

There are also rounds in which the aliens can hack the AI console and get human prompts and give humans the alien prompts. Sounds fun? That’s because it is.

Who wouldn’t want to try out the Turing Test in real life? And you might just find out something about your friends that you didn’t know. That’s the most fun part about this game.

You can get Push The Button as part of The Jackbox Party Pack 6 for $29.99 here, which includes other party games too, or on Steam. 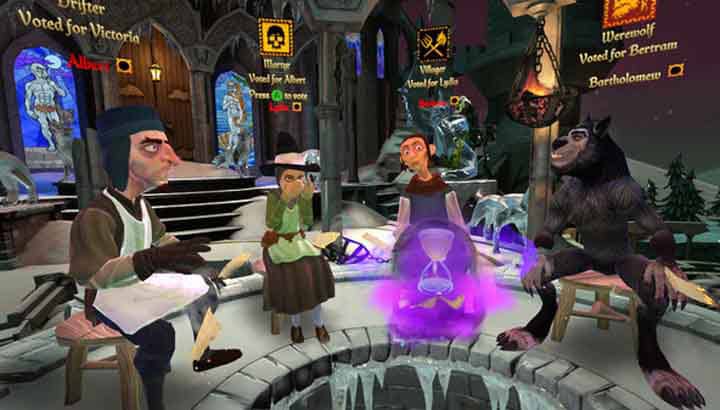 A quick-fire VR game that puts a group of friends around the campfire trying to outsmart each other, Ubisoft’s Werewolves Within is a slightly more immersive video game version of the classic party game. Needless to say, you’ll need a VR headset for this one.

The premise is the same as the campfire or party game: Werewolves have infiltrated the village of Gallowstone and it is up to the townspeople to figure out who they are before they kill everybody. Get your virtual poker faces on for hairy few nights in Gallowstone.

Werewolves Within is probably the closest to a true social experience as these games get. The feature we’d most love to try out is the whisper feature, which allows you to communicate softly to the person sitting next to you.

The game is available on the Ubisoft store and on Steam. 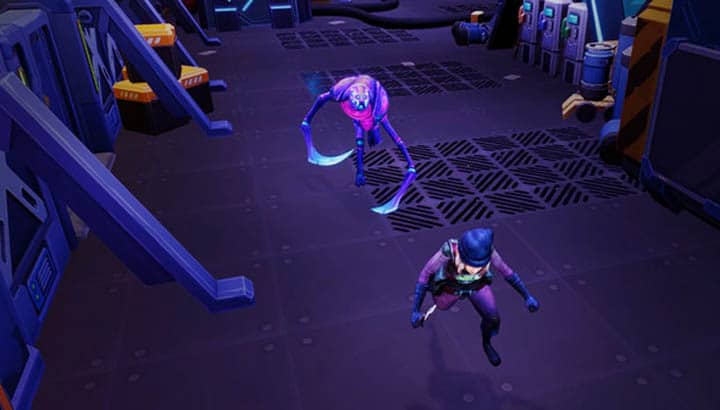 Still in early access on Steam, Enemy on Board is an interesting take on the social deduction theme, offering players three different types of alien, each with its own powers and mode of operating. If you’re playing as the alien, you gain evolution points to change into your true alien form and unleash havoc and fear upon your crew mates.

Enemy on Board is still being tweaked by developer Windwalk Games, so you’re bound to have a unique experience in the weeks you play. Also, the different classes of alien offer variations on gameplay and strategy.

Check it out on Steam for free. 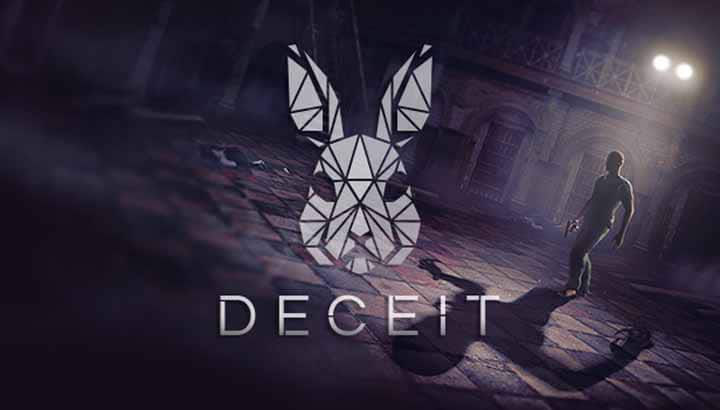 A rather clunky-looking but free-to-play game, Deceit – like Unfortunate Spacemen – is also played from the first person perspective. Players mysteriously wake up in unfamiliar surroundings with infected among them: that’s all you know at the outset. The innocent must escape before the infected kill them in the fast-paced frenzied combat that Deceit offers. In addition to talking to other players to figure out who is infected, you can keep an eye on the blood bags strewn about the map. The infected must drink from them in order to transform into their monstrous selves.

If quick-paced games hit the spot for you, then Deceit will suit you well.

Get it for free on Steam here. 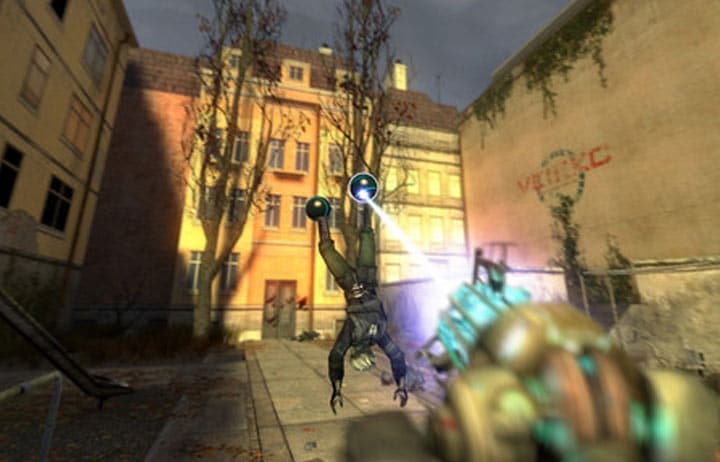 If you like things simple, then you could try a map or game mode called Trouble in Terrorist Town (TTT) in the sandbox title Garry’s Mod. A group of terrorists have traitors among them and the game proceeds similar to Among Us with the traitors having to kill the regular players, while the former must figure out the traitors and eliminate them.

TTT is like a mash-up between Counter Strike and a social deduction game where it is difficult to trust anyone because everyone is “carrying a large gun“.

Get Garry’s Mod on Steam for $9.99. You’ll also need to have Counter-Strike: Source installed.