The following games like La Tale take you on fantastic adventures through a 2D side-scrolling perspective. What’s more, you’ll even get to journey across spectacular lands as all of the names listed here boast of story-lines that take place across a fantasy setting. So strap yourself firmly in and prepare to embark on incredible tales that involve loads of magic and tons of action. And similar to the title that’s shining in the spotlight, the games found here are also of the massively multiplayer online sort so you can hop onto the virtual confines of the internet, join other players and soak up what each one has to offer.

The free-to-play 2D, side-scrolling delight is noted to be an MMORPG that’s developed by Wizet. You’ll be able to set off on fun-filled adventures along with other game enthusiasts from all across the globe. You’ll first have to get through a training session on Maple Island, and only when that’s done will you be able to head out straight to Victoria Island and choose any one of the 4 roles provided there namely, bowman, magician, warrior and thief. 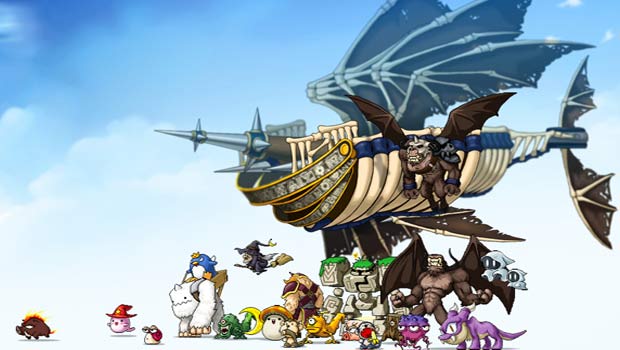 There are plenty of customization options for your character like different facial expressions, hairstyles and equipment pieces. Also thrown into the amalgamation are charming characters, fierce monsters and challenging quests. During your stay here, you can foray across interesting places such as lush forests, crowded towns, creepy dungeons, towering mountains and barren deserts. Hop in and even make new friends through the site’s growing community.

This entrant in our games similar to La Tale roster is also a free-to-play treat. Drenched in cute manga-style graphics, this 3D side-scrolling action-adventure MMORPG transports you to a wonderful fantasy universe that is packed to the hilt with dangerous creatures, unique characters, epic battles and everlasting adventure. To get started, you’ll require an internet connection and a gPotato account which you can avail of absolutely free of cost. Coming back to the game, you can opt from any of the 2 races – Drakan or Human and even choose from half a dozen of classes that are available here namely, magician, priest, amazonian, warrior, archer and shaman. You’ll even get to face off against gargoyles, monsters and dragons across foreign lands. 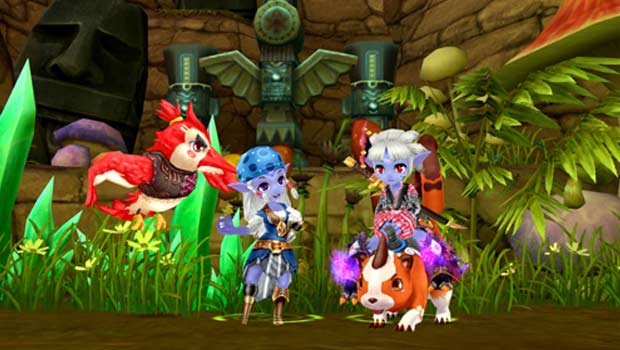 Join forces with your friends and restore peace to the online terrain. And besides housing side-scrolling elements, this engaging gem even proffers a hack-and-slash fighting style for those interested in this genre. There are thousands of Class and Story-driven quests to be relished here. Some of the other activities you carry out in the world of Dragotaka include joining fellowship raid groups to bring down tough bosses, learning professions and churning out special items, and even getting married to another player in a beautiful wedding hall. There are also pets, mission maps, dungeons, and more to take advantage of.

The free-to-play 2D side-scrolling MMORPG is developed by South Korean company KOG Studios and has been swimming across international waters for around 5 years now. This real-time online fighting inclusion in our La Tale alternatives array lets up to 6 players battle it out against each other. What’s more, you can dabble in fun fights by employing simple arcade-style control patterns that make it easy to merge different skills and perform combo attacks. Each of the characters here has its own special first, second and third grade abilities which can be upgraded. 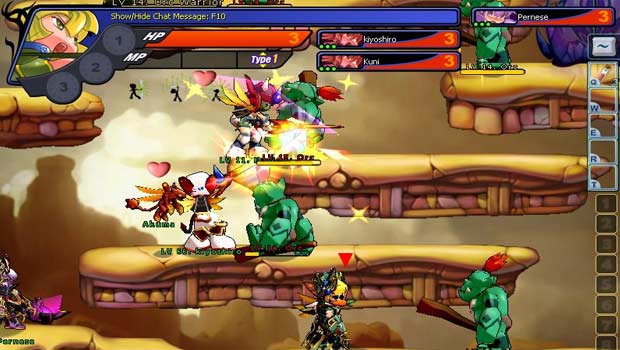 You can further opt for 2 different types of fight modes namely, 3:3 Team Play and Survival mode. Now while the former lets you battle in teams of 3, the latter allows up to 6 players to engage in fight sequences simultaneously. Character customization is also available here which means you can put your own spin on things by endowing your onscreen avatar with cute yet powerful weapons, accessories and armor. You can also enjoy other attributes found here like pets, dungeons and quests.

‘Discover your own adventure,’ is the call to arms here. This interesting contender in our games similar to La Tale roundup hurls you into a new planet that you can now call home. The events here take place on a planet that closely resembles good old earth. It’s situated in the deepest zone Z of the Andromeda Galaxy in the ninth solar system. 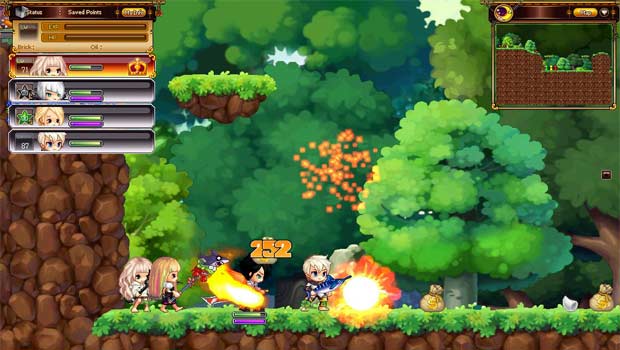 You’ll be able to take part in all sorts of activities such as lumbering, hunting, farming, mining, fishing and ranching. As the brains behind this endeavor also reveal, you can whip up delicious meals and hunt for monsters in the wilderness. You can log into the game’s official website and register for a closed beta account.

Developed and published by Actoz Soft, the makers behind this fantastic treat put players into the shoes of adventurers and plunged them into a mythological fantasy world brimming with 2D side-scrolling action. You can expect a fine amalgamation of science, magic, swords, music, art and storytelling to burst onscreen when you dive right into the title in question. The game was also known for its cute characters, anime-inspired graphics and overflow of emotions.

Now if you’re looking for something similar to this console-style casual MMORPG, you’ll find some appropriate substitutes listed right here. Now they may not all be clones but they do boast of having some pretty special features that will surely entice fans of the 2D side-scrolling MMO genre. Do give all the aforesaid games like La Tale a go and return with your epic stories. After all, they are free-to-play, which means you can relish them without even having to spend a single penny.