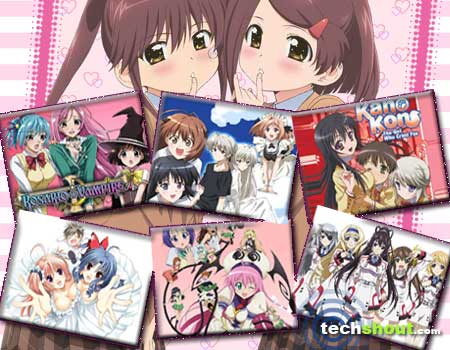 The following anime like Kiss X Sis includes plenty of comedy and romance elements. And much like the title in the spotlight here, some of them even proffer Ecchi, harem and fan service themes, among other such delights. So if you simply love to sink your teeth into shows that have all these ingredients in the mix, then we suggest you read through this list and watch all the gems strewn across here. They each provide a unique storyline while keeping the aforementioned attributes intact. 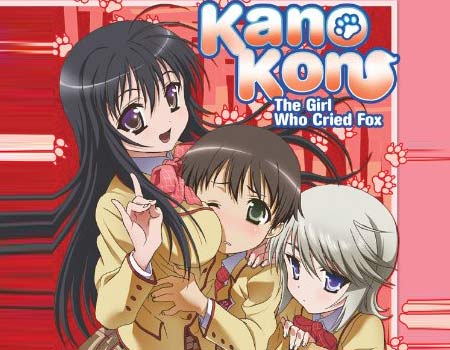 Also known as The Girl Who Cried Fox, this particular title shines the focus lights on a young first-year Kunpo high school student called Kouta Oyamada. On his very first day, he encounters a beautiful second-year female student known as Chizuru Minamoto who confesses to him that she is a fox deity.

If that wasn’t complicated enough, a first-year female student also comes trotting into the picture. Now, this girl too isn’t an ordinary one. She is, in fact, a wolf deity and deeply in love with Kouta. And because of these feelings, she becomes Chizuru’s arch-rival, vying for his affection. 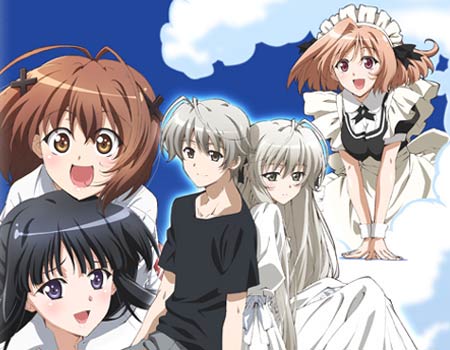 This entrant in our anime similar to Kiss X Sis roster also tells the tale of 2 siblings who eventually fall in love with each other. In this case, it’s the close bond shared between the twins, Haruka and Sora Kasugano. As the story goes, both their parents died in a horrible automobile accident, leaving the duo dependent only on themselves. The pair decides to leave the city behind and live in their grandparents’ countryside home.

Haruka holds on tightly to the past while his sister Sora takes comfort in her brother. The twins realize that they want to be together forever. Besides just delivering a series full of romance, the creator has also thrown in huge servings of drama into the amalgamation. 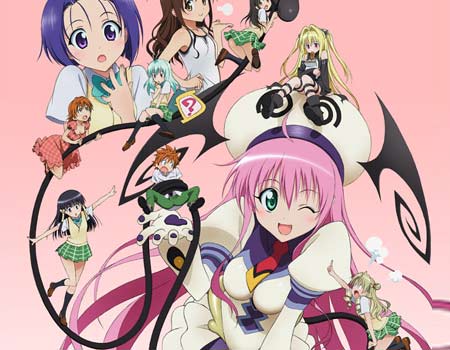 The interesting title roped into this roundup is a mix of various elements that will definitely grab your attention. It comes packed to the hilt with action, romance, comedy, fan service, ecchi, harem and even alien influences. Here, you’ll be introduced to a high school lad named Yuuki Rito who simply cannot get around telling the love of his life, Sairenji Haruna that he absolutely adores her.

But as fate would have it, a mysterious girl called Lala from the planet Deviluke, plummets straight to earth. She now wants to marry Rito and stay here itself even though her father insists that she return to her own planet and agree to marry one of the husband candidates he has chosen for her. 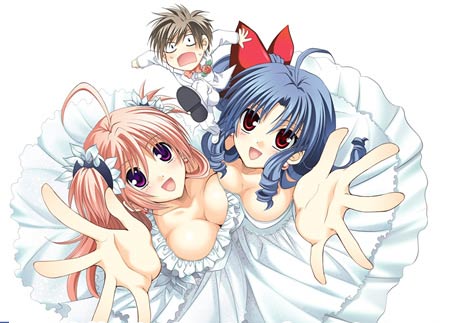 There’s more fan service and harem attributes to exploit here. This inclusion in our Kiss X Sis alternatives array even features some fantasy elements. The plot sees Shungo, an ordinary high school boy living all alone in a huge mansion. However, this ‘me’ time soon comes to an end when his sister Ryoko, sends 2 siblings Mayu and Mikihiro Tsukimura to live with him. Now the former suffers from Androphobia, the fear of men.

So in order to overcome this condition, Mayu and Shungo share the same bed and even bathe together. Things tip even more towards the complicated side when the student-council chair, Reika Hojo ultimately ends up as their maid. 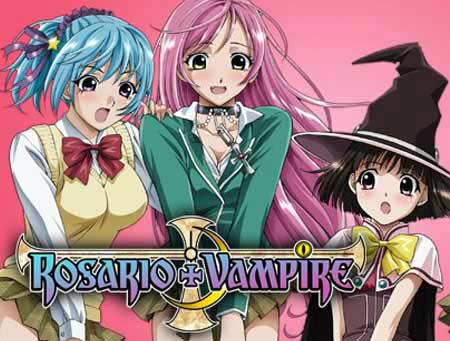 Similar to a few of the other anime similar to Kiss X Sis, the storyline follows the escapades of an ordinary high school boy who experiences some extraordinary events. The lad in this particular scenario is Tsukune Aono who’s accepted into an academy that’s attended by monsters disguised as humans. Being the only normal fellow out there, his scent manages to garner the interest of a femme fatale called Moka Akashiya.

And he, in turn, decides against running away so that he can be close to her. However, this beautiful vampire conceals a horrible secret – whenever the rosary that’s placed around her neck is removed, she transforms into a super monster with a dropkick from hell. 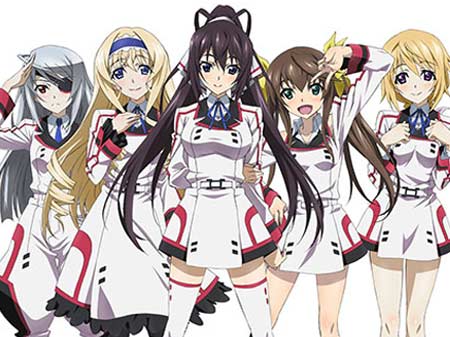 Wondering what the title refers to? Well, the ‘IS’ is noted to be a weaponized exoskeleton system that’s used as a war tool on the battlefield. Now there’s only one catch as far as control over these machines is concerned – only women are allowed to operate them. There are, however, a few exceptions here and the orphan Ichika Orimura is one such individual. Ever since his parents passed away, he was raised by his older sister who is an IS pilot herself.

When he turned 15, they discovered that he was a special lad after he accidentally touched the machinery. He was then bestowed with a scholarship and now attends a special training school for IS pilots. Watch what happens when this shy boy is exposed to a campus full of students from the opposite gender.

The title in question revolves around Keita and his two stepsisters, Riko and Ako. The lovely lasses aren’t related to him by blood and soon start developing lustful feelings for their stepbrother. The duo eventually confesses their love after a little mishap that occurred at school. Although at first the protagonist Keita objects to the idea, he later finds himself attracted to them as well.

Now if you love this sort of theme and looking for similar delights, you’ll surely be able to find some pretty interesting ones right here in our anime like Kiss X Sis compilation. Many of them even involve a harem theme where one lad is surrounded by many girls. Try the lot out and return with mentions of the titles that caught your fancy.