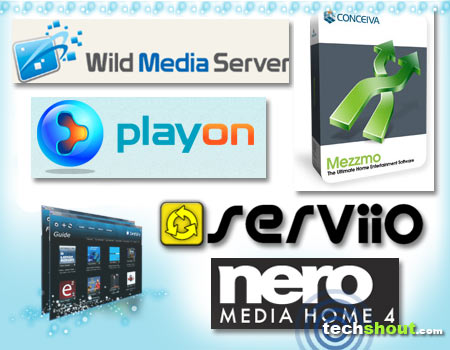 The TVersity alternatives found here help you stay entertained even when you’re away from your PC. Just like TVersity, they allow you to stream content directly from your computer to a host of devices. This list could comprise anything from game consoles such as the Xbox 360, PS3 and Wii to other gadgets like mobile phones and tablets. You won’t even have to painstakingly convert files for the devices that don’t support most formats or codecs. So if you are looking for worthy substitutes that can carry out all these functions and more, well you’ve come to the right place. Take a peek at the options that are lined up here just for you. 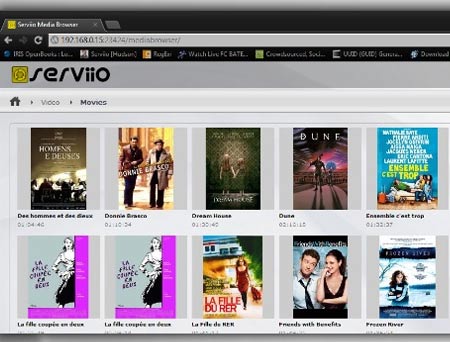 We begin this compilation with a media server that’s up for grabs minus a price tag. As the developer reveals, Serviio lets you stream all your desired media files such as pictures, music, and videos to a whole slew of compatible devices. This includes television sets, game consoles like Xbox 360 and PS3, Blu-ray players, tablets and even your trusty mobile phone. The content is streamed either in its native format or transcoded in real-time. You can even expect playback from online sources like live audio/video streams, RSS feeds and web page content.

What’s more, it supports separate profiles for different gadgets, which helps you get the most out of the device in use. Based on Java technology, the software is compatible with most platforms such as Windows, Linux, and Mac. Now although this one is absolutely free of cost to acquire, you can even opt for the Pro version which comprises some extra features. This edition can be picked up for $25. 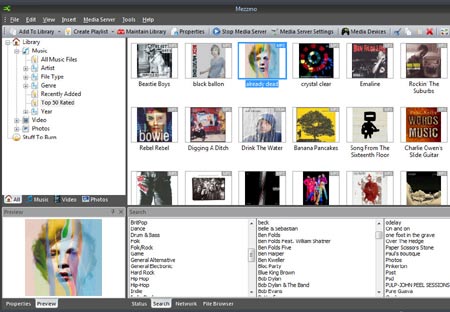 The next entrant in our programs like TVersity roster is christened with a name that sounds like something maybe a magician would call himself. However, there’s no hocus-pocus involved here as it involves only pure tech bliss. Mezzmo has the ability to stream different types of content such as movies, subtitles, music, and pictures that are plucked right out directly from your PC to other gadgets like game consoles, home theaters, televisions, and other digital media appliances.

All you have to do is simply acquire the program on your Windows-based PC and begin streaming data to your UPnP and DLNA-enabled entertainment solutions. It even extends support to all popular file formats. Now if you wish to get your hands on the Ultimate Home Entertainment pack, you’ll need to part ways with just under $40. But if you simply want Mezzmo 3.0, you can purchase the same for $30. 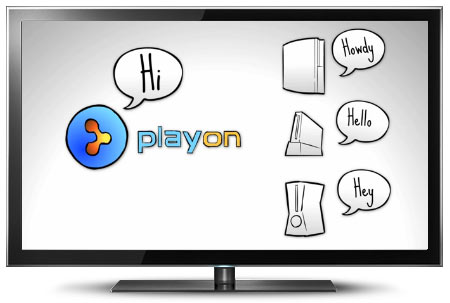 This media server in our software similar to TVersity roundup enables you to stream all your favorite entertainment pieces such as movies, audio, television shows and home media files from the computer to your iOS or Android-infused tablet and handset or television set. And as far as the latter option is concerned, PlayOn works its magic through a game console such as the Wii, PS3 or Xbox 360, or any other supported gadget like Roku. According to the brains behind this endeavor, there are just 3 simple steps to getting started. Simply install the program, follow the instructions and relax with your desired media bits being relayed on other forms of hardware.

PlayOn comes complete with around 60 web channels like Comedy Central, ESPN, Netflix, MTV, and Hulu. And similar to the aforementioned delight, this one too is fashioned to run smoothly on your Windows PC. The price schemes read as $24.99 and $44.99 for annual and one-time pay subscriptions, respectively. 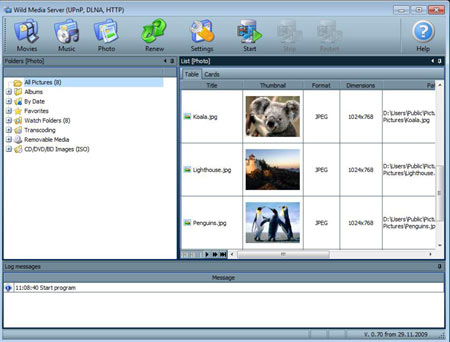 It’s now time to get wild with this particular inclusion in our programs like TVersity array. You can rely on this virtual puppy for streaming engaging content directly to your DLNA or UPnP-certified gadget from your PC. Some of the hardware options that are compatible with this program include consoles like the PS3 and Xbox 360, mobile phones, Sony TV, WD TV Live HD media player, D-Link, Samsung TV, and Philips TV.

Wild Media Server further supports all video, audio and image formats so you can enjoy any sort of content via your desired device. This one supports multiple OS options such as Windows, Mac OS X, and Unix-like systems, and can be bought for just $15 per license and $45 for 5 licenses. 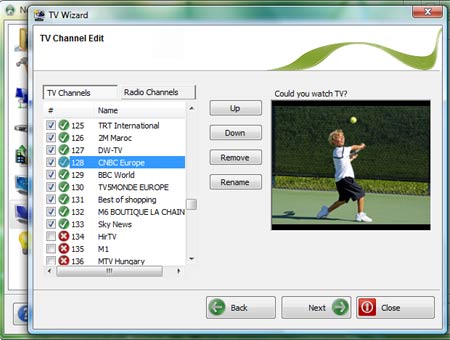 You can now wipe those worry lines off from your brow if you’re concerned about playing videos and music bits drenched in different formats, on other devices around the house. With Nero Media Home sitting in your PC, you can seamlessly enjoy all your PC content on supported devices like Linksys KiSS 1600, D-Link DSM-520, Philips SL 300i/400i and game consoles such as the PS3 and Xbox 360. Now anything from your web radio stations to television shows can be transcoded on the fly and streamed directly to your desired device. If you want to procure the product, you can do so by shelling out just under $40. It’s further compatible with Windows XP, 7 and Vista.

While scouting the web for TVersity alternatives, you might look for programs that proffer desirable features and functions that are similar to the software in the spotlight. Well, you won’t have to rely on forums or Q & A sessions over the internet to find the answers to this query. The options you seek are laid out right here. It’s now up to you to choose the one that suits you the best and simply take the plunge. But before you get too engrossed in the entertainment content, we encourage you to leave a comment or two about your favorite one.