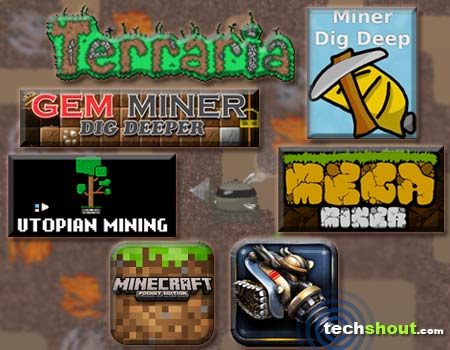 Our games like Motherload list comprises of some fine gems that involve boring pathways deep into the ground, collecting stuff along the way and upgrading equipment. And if you ‘dig’ titles that simply ooze with all these features, you’ll surely want to try out every single one of the delights strewn across here. Now if you’ve just heard of the name and wondering what all the fuss is about well, the title lets you use your keyboard buttons to dig deep underground and acquire precious minerals during your descent. And once you’ve picked up a significant amount of ores, you can head back to the surface and sell them in order to purchase upgrades. Sound interesting? Well, read on. 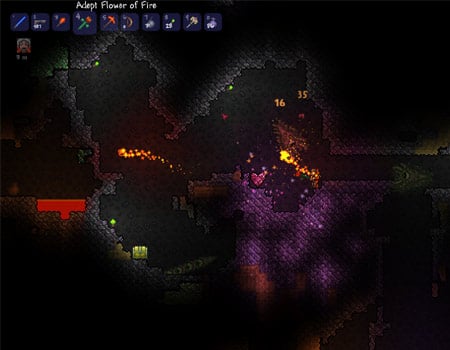 ‘Dig, fight, explore, build’ is the call to arms here. This action-packed title lets you dive into the deep crevasses within the earth in order to mine money, accessories and other things like stone, wood, ores and other similar resources that might just come in handy while creating your unique universe.

You’ll be able to decorate your world with forts, houses and castles which can then be inhabited by individuals who will provide you with different items that will help you during your stay here. The 2D side-scrolling action-adventure sandbox title by Re-Logic boasts of randomly generated worlds and is available via the PSN, XBLA and Steam. 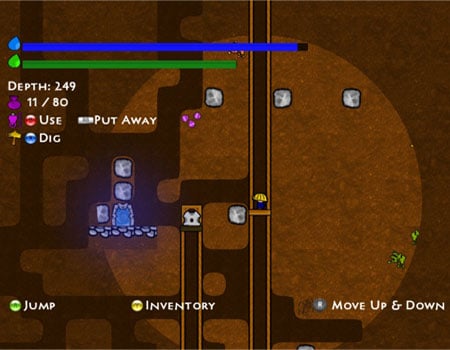 This platformer/mining simulator in our games similar to Motherload roster is fashioned exclusively for the Xbox 360 console. The captivating title was released for Microsoft enthusiasts in early 2009 via the Xbox Live indie games section. Here you’re called on to dig deep underground and find grand treasures amidst the dirt, grim and soil.

Create caverns and gather rare gems and metals that are concealed deep within the earth. Developed by Robir, this 1-player title can be picked up from the Xbox Marketplace by shelling out 80 Microsoft Points. 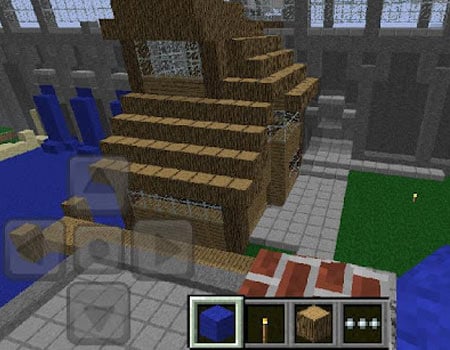 When you talk about titles that involve mining, how can one possibly leave this particular gem out of the compilation? Here you’re required to place different sorts of blocks strategically so as to form different structures. This portable edition comes packed with survival and creative modes as well as a multiplayer option via local Wi-Fi. What’s more, you along with your pals can create different items within the randomly generated worlds.

And with the latest update, you can expect to see new features added to the application such as swords, food, chests, skeletons, spiders, beds, paintings and the iconic Creepers. While the complete edition is priced at just under $7, you can pick up the Lite or demo version absolutely free of cost. This delight is available for iOS and Android devices. 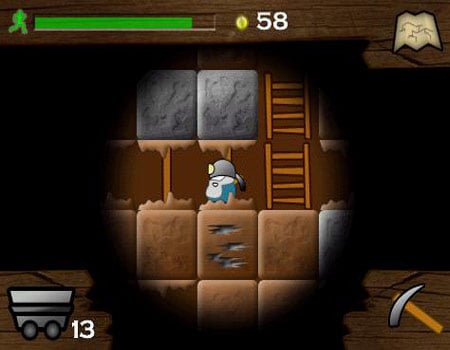 Get set to explore the vast underground confines in order to lay your hands on metals, ores and precious gems. And once you’ve gotten hold of your treasures, you can sell them to purchase upgrades which will aid you to go even deeper into the earth’s crust. This includes buying lifts and better gear, torches, ladders and supports.

However, this inclusion in our Motherload alternatives array is also filled with peril which comes in the form of chasms and rockfalls. There are 4 difficulty levels as well as challenging stages, each with their respective aims and medals. It will cost you just $1.99 and can be found on the Google Play Store. 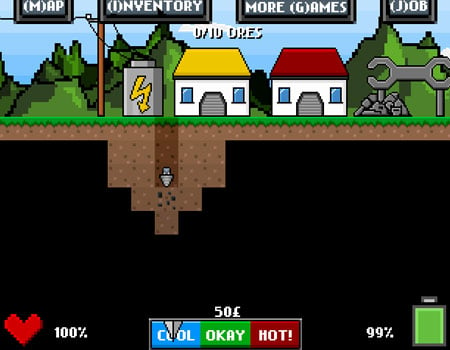 Here you take on the role of a mining robot that’s tasked with drilling into the earth to find iron, coal, wolfram, gold, ruby, smaragd and diamonds. These latest finds of yours can then be redeemed for money and better hardware from the stores located on the surface.

You’ll also be able to dabble in different upgrades for your drills, cooling liquids, chassis and batteries. And similar to Motherload and a few other titles listed here, this one too will invoke a sense of nostalgia with its 8-bit sounds and retro graphics. 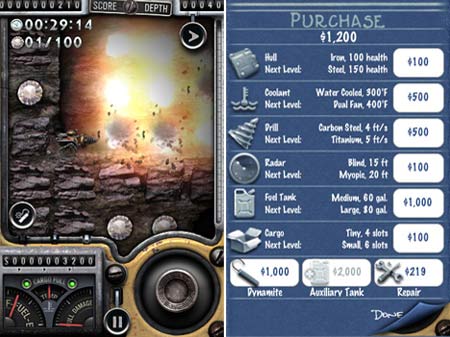 The storyline here revolves around farmer Lewis who transforms his bulldozer into a high-tech digging machine. You’re required to assist him in finding more than 60 items which he can sell and earn some profits so that he can save his farm by paying the mortgage. Besides a campaign mode, the iOS application also features 8 mini-game challenge matches as well as an open-ended free play mode.

And if you’re new to this concept, you can always rely on the tutorial game mode for beginners. While digging, you’ll even have to keep an eye on the temperature, fuel and damage to the vehicle. And besides spending just a dollar to procure this one, you can also opt for the Expeditions version that’s priced at $2.99. 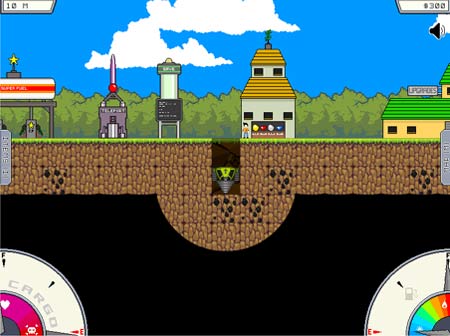 The aim of this contender in our games similar to Motherload roundup is simple – mine minerals and trade them in for money. The browser-based title is packed to the hilt with various fun missions which allow you to earn tons of cash.

With these greens, you’ll be able to upgrade your machine so that it can dig deeper into the earth and find even rarer ores and precious metals.

Was it a task to draw your attention away while enjoying retro favorites like Dig Dug at your local arcade or even smashing down on those Atari 8-bit computer controls while playing Boulder Dash? Well, if you’re reminiscing about the duo and simply itching to get another dose of digging fun, well you definitely won’t be left disappointed with the aforesaid games like Motherload. What’s more, the sequel to the title in the spotlight here namely Super Motherload by XGen Studios will take a while to reach the terrain as it’s still under development. So until then, we hope these gems will help satisfy your appetite. Give them all a try and return with tales of your victory.