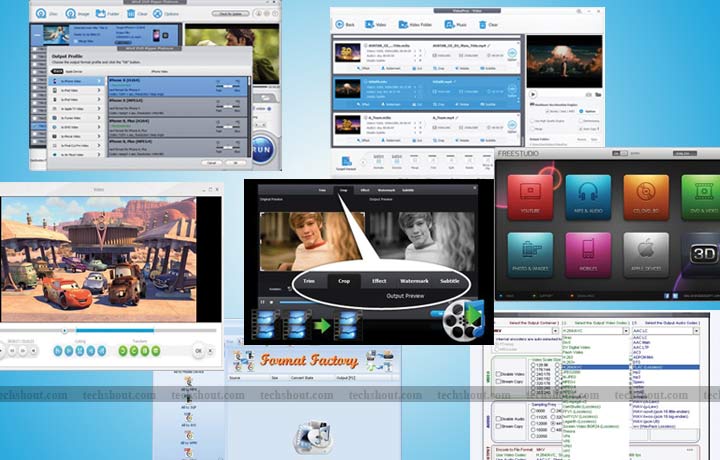 A feature-packed HandBrake alternative is a great option to turn to when you need a comprehensive video transcoder application for carrying out conversions. It should possess the ability to successfully convert videos drenched in different formats to any sort of supported codec. And in doing so, you’ll be able to better save all your videos as well as transfer them to various portable devices and mobile gadgets for on-the-go entertainment.

Until now, the program you relied on for carrying out these conversions was probably the one in the spotlight here. Well, if you feel it lacks a few vital features, then we suggest you try out the following names we’ve listed here and see whether any of them fill that void. 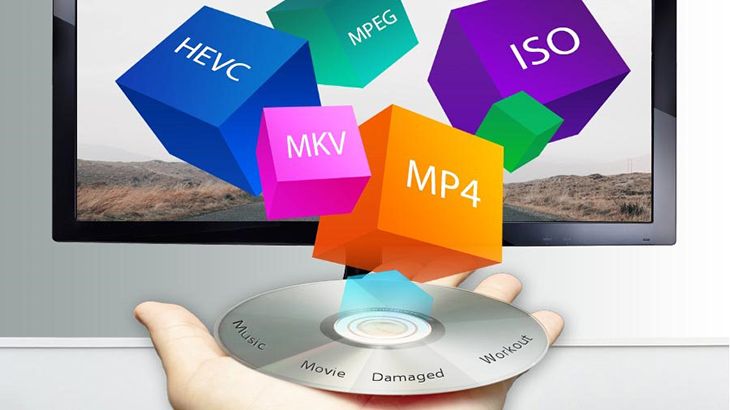 As the name implies, this software for Windows and Mac specializes in DVD ripping and backing up tasks. Whether your disc is home-made or a DVD you purchased, old or new, an instructional or movie DVD, it can digitize your precious DVD disc for easier backup, archiving, editing and sharing. Being a feature-rich DVD to video converter, it can rip any DVD to formats like MP4, AVI, WMV, FLV, MOV, MPEG, ISO image, MP3 and so on, for playback on your PC or streaming to a media server/the cloud. With it, you can convert the content of any DVD in order to view it on iPhone, iPad, TV, Android mediums. It accommodates over 350 ready mobile profiles. The software allows backups of your DVD in 4 copy modes – 1:1 clone DVD to ISO image, DVD folder and MPEG 2 file, backup DVD main title.

WinX DVD Ripper Platinum is also the strongest ripping software for 99-title DVDs and mostly always the first to support new DVDs. Built with unique level-3 GPU acceleration, it can rip a feature-length DVD movie in 5 minutes by fully utilizing Intel CPU, Nvidia GPU, multi-core CPU and hyper-threading for efficient DVD video processing. Best of all, its High-Quality Engine helps deliver the highest possible A/V quality. On top of this, you can balance the video quality and file size according to your own needs.

The developer is currently offering a deal that lets you get a free licensed copy of WinX DVD Ripper Platinum and enjoy the full functions of this DVD ripper. 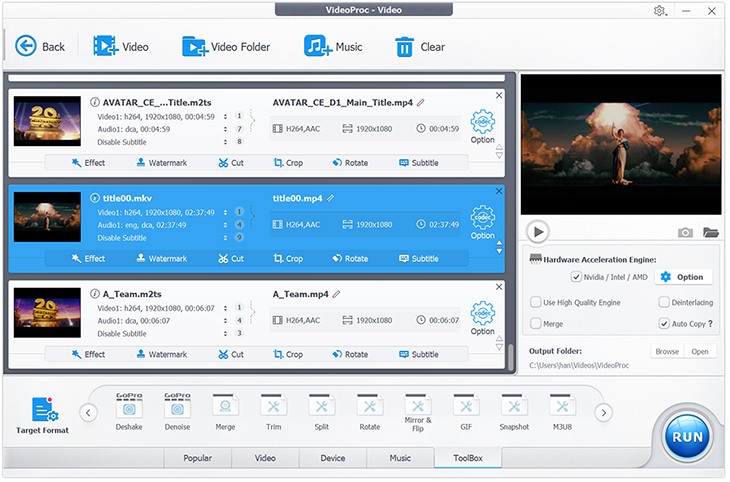 One of the most important features of VideoProc is its media conversion function which converts any DVD/ISO image/DVD folder, most videos including 4K and 8K content, and music files into almost all available audio/video formats for playback on various devices. Encompassing 370 input codecs and over 420 output formats, this program answers everything from simple to complicated transcoding needs – H264 to H265 (HEVC), MKV to iPhone/MP4, AVI to YouTube, 3D to 2D, upscaling 1080p to 4K, or downscaling 4K to 1080p among others. It takes full advantage of hardware acceleration to encourage graphic cards (Intel, Nvidia, AMD) to transcode and process videos speedily while offering the highest possible video audio quality at the smallest possible output size.

Better still, being a powerful 4-in-1 combo of media converter, video editor, video downloader and recorder, VideoProc can not only convert video/audio/DVD to multiple formats for playback or sharing, but also provide you with a range of options to process, edit, resize, enhance 4K UHD video, fix footage, deshake, denoise, correct lens distortion, and more. It lets you download media content from over 1000 websites and even enables capturing videos straight from a computer screen or webcam. 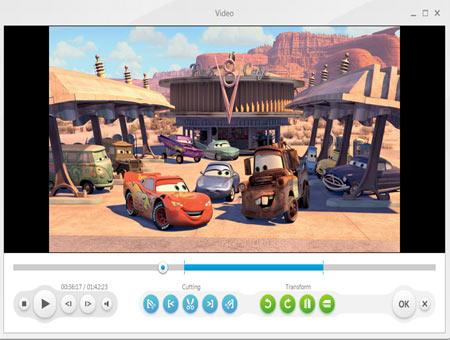 As the brains behind this endeavor reveal, the software featured here is created minus any limitations or hidden costs. It complies with more than 200 input formats such as AVI, MKV, MPG, 3G2, FLV, AVCHD, DV, QT, MTS, MP4, WMV, 3GP, SWF, TOD, MOV, RM, and TS. What’s more, you can also import music and photos, and transform the whole lot into the video sort. You’ll even be able to rip unprotected DVD movies and turn them into your desired format. Some of the output formats read as MP4, FLV, MP3, AVI, MKV, 3GP, and HTML5.

And those who simply love to view movies or home videos while on the go can now wear a smile on their faces as Freemake Video Converter has the ability to optimize clips for Android, Sony, BlackBerry, Nokia, Samsung and Apple devices. Packed with CUDA and DXVA technologies, it comes complete with an advanced preset editor, direct upload to YouTube, slideshow maker, and video editing tools. This one is free to procure for Windows Vista, XP, 7 and 8 PCs. 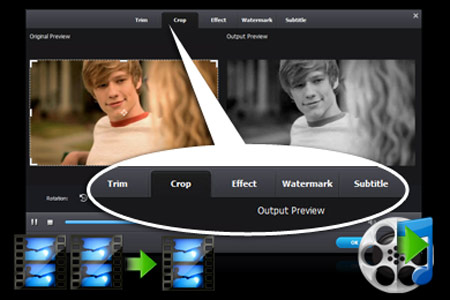 This program like HandBrake jumps onto the scene with Apextrans technology which provides 30x faster conversion speeds when pitted against traditional solutions. The video toolbox application lets you seamlessly edit videos as well as convert and burn home DVDs, ISO files or DVD folders. It even has the ability to alter content into 158 formats such as M4V, WMV, AVI, MPEG, FLV, MOV, MP4, MKV, XviD, DVD-Video, and 3GP.

And once you’ve converted all your desired files to an apt format, you can then port it to respective devices like the iPhone, Windows Phone, PSP and Android gadgets. Also thrown into the amalgamation is a one-click video downloader as well as an all-round media player. Wondershare Video Converter Ultimate is compatible with Windows and Mac OS X PCs and can be picked up for just under $60. 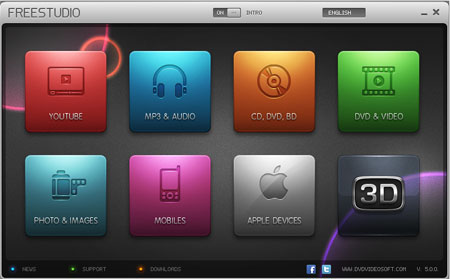 Here you have an all-in-one package that’s filled to the brim with some pretty useful multimedia applications created by DVDVideoSoft. The built-in manager boasts of 8 sections like YouTube programs, CD, DVD and BD, Photo and Images, Apple Devices, MP3 and Audio, DVD and Video Mobiles and 3D programs. With this one within your sights, you can seamlessly convert video as well as audio files into a plethora of formats that comply with devices like PSP, iPod, Blackberry and iPhone, to name a few.

What’s more, it further aids in ripping and burning DVDs and audio CDs. You can also edit files, upload and download YouTube content, make snapshots, record videos and even fashion 3D pictures and video clips. It’s free to install and is compatible with Windows Vista, XP, SP3, 7 and 8. 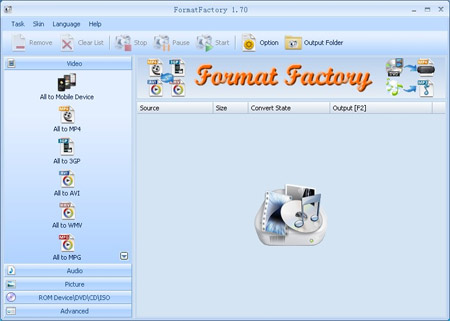 This freeware contender in our software similar to HandBrake roster allows you to convert not only videos but also audio and picture files to the required format. Some of the file types Format Factory complies with include MP4, MPG, WMV, SWF, 3GP, AVI and FLV as well as MP3, AMR, AAC, WMA, OGG and WAV. It can even rip DVDs and transform content to suit the PSP, iPhone, iPod, and BlackBerry gadgets.

In addition to all this, the multifunctional software also helps reduce the overall file size, repair damaged audio and video and supports Watermark, AV Mux, and RMVB. The multilingual treat speaks 62 languages and plays well with Windows PCs. 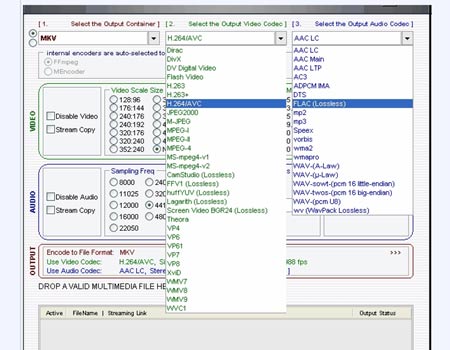 In case you’re wondering what’s so ‘super’ about this delight, well for one, the full form of the name christened here reads as, ‘Simplified Universal Player Encoder & Renderer.’ This program like HandBrake is also fitted with a host of different tools that’ll help you transform different file types into your desired format. And you don’t even need to be a tech whiz to handle this one.

Besides just supporting input video formats like AMV, AVI, FLV, VOB and MOV, Super Audio & Video Converter also complies with audio formats, AviSynth script files and a whole bunch of other input image sequences. This makes it easy to port around all your favorite content stashed away within your smartphone, PSP, hardware player or any other portable device. Compatible with most Windows systems, you won’t need to pull out your purse to procure this one.

The multithreaded video transcoder software application in question here has been around for nearly a decade now. Originally developed by Eric Petit, the program claims to have the ability to convert video from nearly any format into different ones, according to the user’s requirement. What’s more, it’s a multiplatform treat that’s compatible with Mac OS X, Windows and Linux PCs.

Now those looking for a few substitutes can try their hand at any of the aforesaid mentions in our HandBrake alternative lineup. And similar to HandBrake, you’ll be able to find quite a few freebies among our list. So which one did you decide to pick up?