We’ve found a bunch of fun games similar to Run that will have you sprinting across various vibrant environments while avoiding deadly obstacles. If you appreciated the game in the spotlight here, you’ll surely waste no time in procuring each of the names listed out here. They allow you to maneuver, jump and maybe even dish out a little pain along the way while keeping the protagonist locked at a steady pace. They are all Flash games that can be taken complete advantage of through your web browser itself. 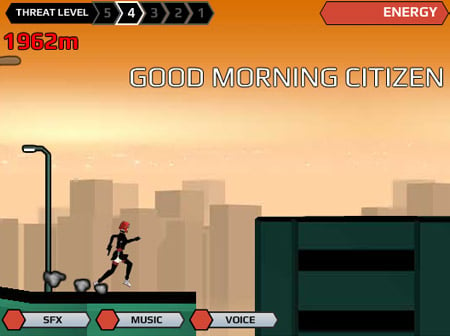 Get ready to break the golden rules laid down by the law that runs this virtual wacky world. As you might have already guessed by throwing a glance at the game in question, the law forbids anyone from running around the place, claiming it to be hazardous to health.

However, you take on the role of a brave rebel who throws caution to the wind and still sprints across the dangerous levels with a defiant gleam in her eye. She wields a laser gun which can be used to clear all obstacles from her path and even enemies who will stop at nothing until she’s brought down to her knees. 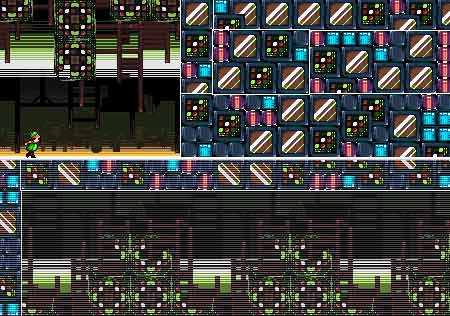 After feeling a little lawless, it’s now time to bend the rules of gravity. Here you have no control over the protagonist’s continuous zooming across the screen. However, you can toggle the run speed, the gravitational pull and jump over the hurdles that are strewn across the different levels. What’s more, this entire title in our games like Run roster is dipped in a retro appearance so you can expect to see more colorful backdrops and objects. Tread carefully and do not take your eyes off the screen even for a second for it could prove to be fatal. 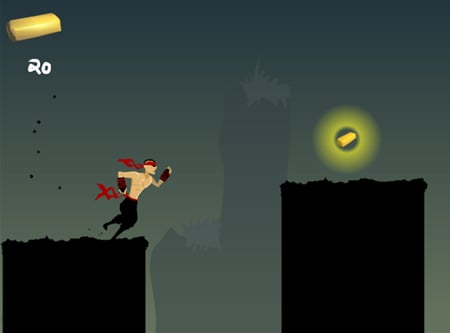 Here you take on the guise of a brave ninja who must run far away from the enemy who’s hot on his heels. Now in order to successfully outrun the baddies, he has to rely on his powerful sliding and jumping skills. During your stay in the Orient, you’ll have to annihilate foes by dishing out quick kicks and performing double jumps over all sorts of obstacles.

You can also pick up as many gold bars as possible along the way. These shiny objects can be used to upgrade your sliding, jumping and attack skills. Be warned however that if you don’t succeed, it’s back to square one. 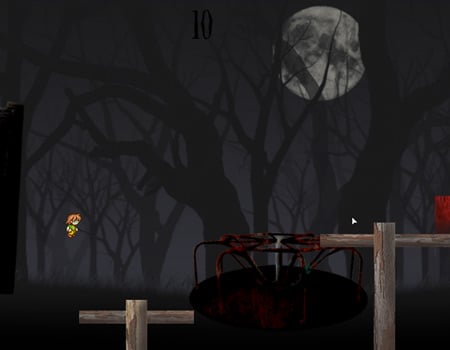 Are you afraid of the boogeyman? Well, in that case, you should be quivering in your boots at the mention of the Slender Man. This inclusion in our Run alternatives array is noted to be a survival gem that lets you step into the shoes of a young lad who is fighting to get the gigantic spook off his trail. You must successfully leap across dark voids, multilevel platforms and hurdles to get as far away as possible. You’ll be pulled into a nightmare that’s splashed with dreary environments and a creepy soundtrack which will surely give you goosebumps. 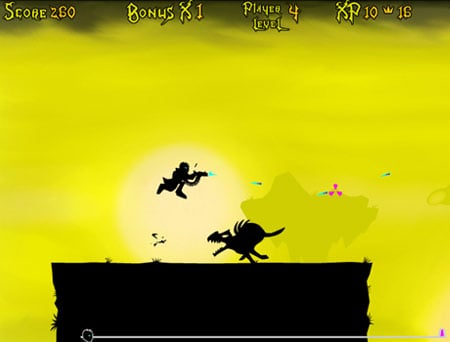 Well as you can see, the nightmare isn’t over as yet. In this fun-filled side-scroller, you’ll have to shoot your way across the adrenaline-pumping levels that are packed to the hilt with weird monsters and hideous creatures. Here the only input device you should be relying on is your trusty mouse. The bullets keep on flying out of your weapon and all you have to do is aim at the bad guys while leaping over platforms.

Along the way you can pick up useful power-up orbs like experience, shotgun, bomb, shield, and multiplier. The brains behind this endeavor has also thrown into the amalgamation a bunch of achievements which you can accomplish during your escapades here. Think you can conquer the game? Well, try your hand at the ‘hard’ mode which can only be unlocked at Level 10. 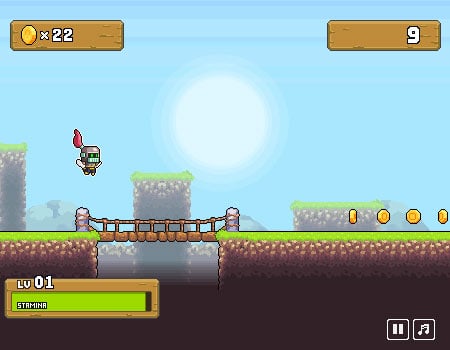 This is your classic knight in shining armor tale where you’re called on to rescue the love of your life from the grasp of an evil wizard. You’ll even be able to sport a heroic-looking metal helmet complete with a feather sticking out at the top. Your task is to guide the tiny warrior through dangerous stages that are filled with all sorts of perils.

However, keep an eye on the green bar located at the left-hand side of the screen which keeps a track of your stamina as you progress through the stages. And try to collect as many coins as possible for these golden bits can be later used to buy upgrades. 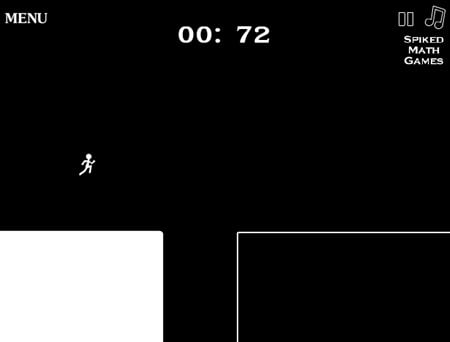 The final contender in our games like Run roundup is splashed with shades of white and black. Now besides just monotonously jumping over bottomless voids, you’re also required to toggle between the 2 colors so that the shade of the platforms matches that of the stick figure. If you fail to alter the hue, the onscreen character will plummet to his death. ‘How long can you survive in this split dimension?’ asks the developer. Well, how about heading straight into this addictive title to find out.

Want to give your legs a break and let your fingers do all the running instead? Well, by playing any of the aforesaid games similar to Run, you’ll be able to do just that while warming your computer chair. Run involved avoiding large voids and jumping from one platform to the other while the character maintained a constant speed. Well, if you thought that was challenging, we urge you to try out these delights. However, you’ll have to stay sharp and be on your guard lest you’re caught unawares and end up in a soup. So which ones are you excited to procure first?