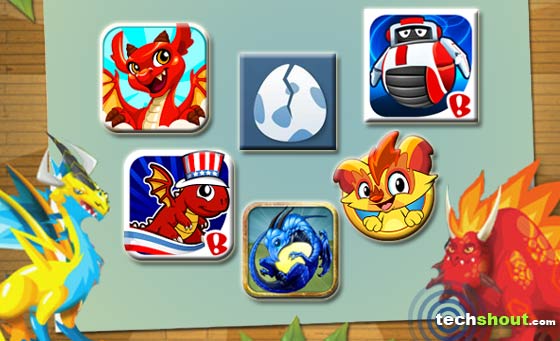 Looking out for games like Dragon City and haven’t found any worthy mentions yet? Well then, you’ve come to the right place. We’ll save you the trouble of randomly diving into different titles thinking they might have what it takes to please a fan. Our compilation comprises of treats that allow you to breed fantastic creatures and even create new species. While the majority of the options in our slew cater to smartphone and tablet gamers, there’s just one that’s available for Facebook. Read on to see what each one has to offer. 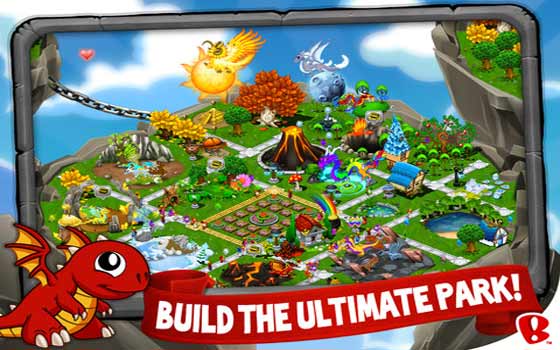 ‘Hatched a dragon lately?,’ quips the brains behind this endeavor. Well, you’ll be able to do so via your very own portable smartphone and tablet while on the go. This Android and iOS compatible game lets you breed, feed and care for adorable-looking baby dragons. During your stay here, you can also create your dream park and even trade precious gems with pals. You’ll also be able to decorate your ideal virtual arena with a whole slew of amenities, paths and other embellishments.

The terrain even comprises of farms for growing food for your creatures and a large colosseum where your pet dragons can earn fantastic prizes by competing in races. All these features are splashed across your portable screen in full-color visuals and dazzling animations which are accompanied by an original Renaissance music soundtrack. And with the game’s integrated Facebook support, you can trade gifts and even visit other parks. And lastly, the title is absolutely free to procure. 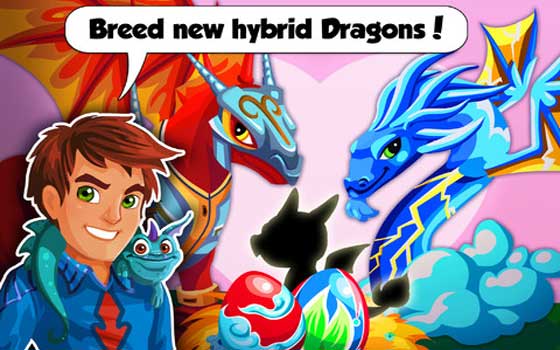 Developed by TeamLava, this entrant in our games similar to Dragon City roster lets you step into the role of an enigmatic dragon caretaker. You can care for your critters and raise them up as your own. You’ll also be able to breed them and see new rare creatures emerge onto the scenario. Aim to reach the epic form by evolving your dragons through 4 different stages. Go ahead and decorate your own personal island with castle towers, colorful dwelling places, and beautiful flowers.

You can also grow magical food that sustains the virtual monsters. Some of the dragon types found here include whimsical air, might fire and mysterious magic. Your Storm8 and Facebook friends can even get a slice of all the action after you invite them to your personal arena. Together, you’ll raise dragons and exchange gifts of gold. Dragon Story is also accompanied by stunning visuals and sounds bits. This one too is available absolutely free of cost. 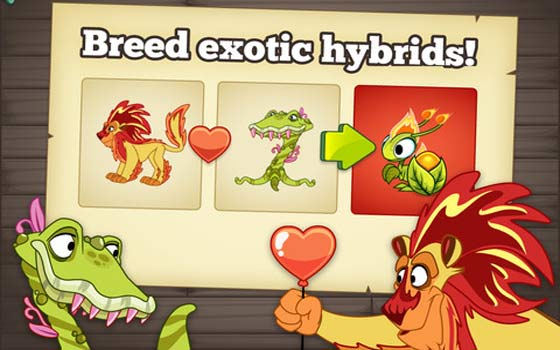 How would you like to hatch, care and breed mysterious elemental critters? Well, if you’re nodding with gusto, then we suggest you give Tiny Monsters a try. Created by TinyCo, the engaging gem provides loads of rare eggs to hatch as well as different adorable monsters to collect. You can also nourish and breed rare hybrid creatures and compile an exciting critter group comprising of magical monsters. You’ll even be served beautiful animation bits and hi-resolution artwork which you can espy through your iOS or Android-powered device. And the icing on the cake seems to be the $0 price tag attached to it. 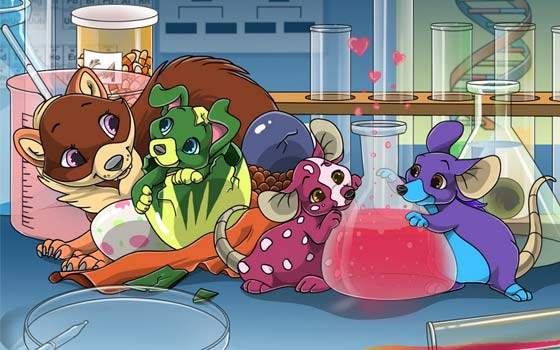 Here’s the Facebook game we were talking about earlier. This inclusion in our Dragon City alternatives array throws focus on aspects such as breeding and genetics. And according to developer IdzTech International, over 100,000 individuals are currently playing the game. Join them in researching new species of creatures as well as dabble with eggs and mutations so that the offspring can sport-specific genetic traits and a palette of different colors.

Log into your Facebook account and create wonderful hybrids. For starters, you can first head straight to the in-game Adoption Center and choose a creature. There are even bronze, silver and gold popularity badges to acquire which depend on how many likes a pet gets. 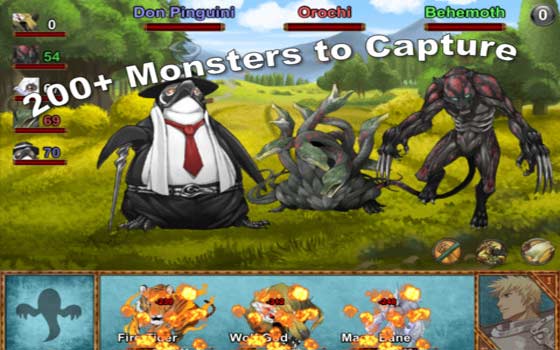 This is your chance to breed and build an army of super monsters. The iOS-compatible game is created for the iPhone, iPod touch and iPad, and comes packed to the hilt with loads of interesting features. Here you’ll be able to evolve more than 200 creatures and even take part in strategic battles. As the game progresses, you can gather recipes, soul stones, and precious gems.

Dragon Island Blue is also infused with 15 dungeons, a unique combat system, and 11 spirit totems. You can even unlock special breeder licenses and take part in different fun challenges like the Collection Hut, Dragon Overlord hunt, and Capture Quests. The game can be downloaded from iTunes for just under a dollar. 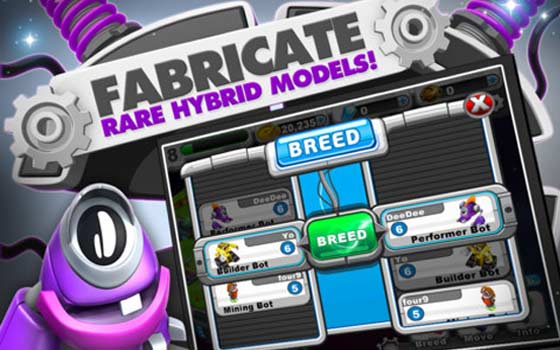 Tired of breeding only scaly creatures and weird-looking monsters? Well, this particular contender in our games similar to Dragon City roundup comes as a breath of fresh air for those who think so. Here you can get your hands on a wide range of robots, fabricate rare hybrid models, win battle bot competitions and look to expand your intergalactic outpost.

Developer Backflip Studios further states that you can upgrade your mechanic wonders with the help of gizmo attachments and even decorate your own space station. What’s more, this free iOS-compatible title also lets you gift magical space crystals to your pals.

Want to get your hands on some juicy games like Dragon City where you can breed different critters and care for them on the virtual terrain? Well, take your pick from among our aforementioned lineup which includes delightful treats that involve all these elements and much more. They even bring their own unique flavor to the scene so that you’ll have something fun to stay glued to during those long waits at the bus stop or airport lounge. They may not exactly replicate Dragon City but each of the names will get you engrossed with its fun features and engaging elements. So which one have you decided to feast on?