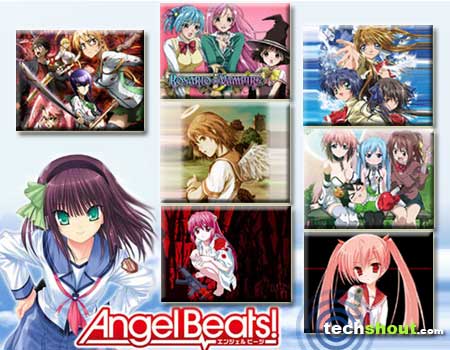 The following anime like Angel Beats seem to be some great all-rounders. Quite similar to Angel Beats, these exciting options boast of including a mixed bag of interesting themes. On the platter here we have large helpings of action, comedy, romance, drama, supernatural and science fiction. And although you may not find an exact replacement, you’ll certainly find yourself falling in love with these gems. While a few offer you ‘angelic’ treats, the others are packed with some great action sequences, tragic plots, and charismatic characters. 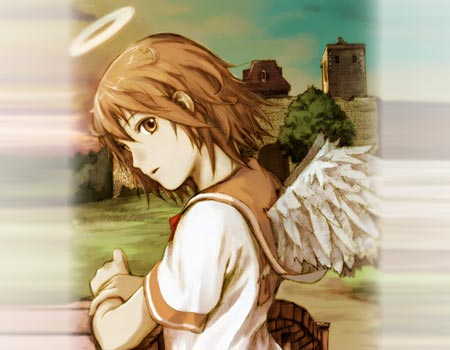 Similar to AB, the characters in Haibane Renmei are also of the angelic sort, halo and all. They even sport brilliant wings on their backs, among other characteristics. The storyline follows the escapades of Rakka who emerges from a large cocoon with only the memory of falling from the sky. Subsequently, her wings sprout out and she’s even given a shiny halo.

She goes to work at the nearby town of Grie and realizes that there’s an impenetrable wall surrounding the city and only the mysterious Toga can exit at will. She makes friends with other Haibane and also forms close bonds with Reki, Kuu, and Hikari. You may not be served comedy or action elements but you’ll definitely be able to espy loads of fantasy, drama and mystery here. 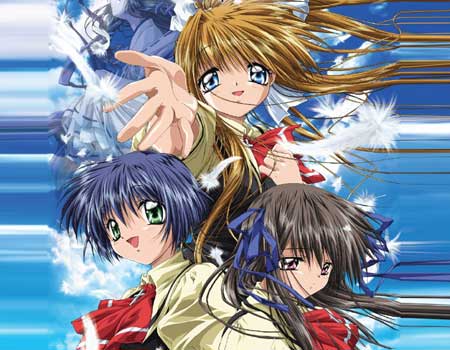 Although it bears a simple title, this entrant in our anime similar to Angel Beats roster is packed to the hilt with lots of romance, drama and of course, supernatural elements. And if that wasn’t reason enough to watch it, you may also be interested to know that the writer is none other than Jun Maeda, the same individual who penned the AB script.

Air also features a girl with wings who soars high in the sky. And seeking out this specific being is a lad named Yukito Kunisaki. His journeys take him to a small town where he meets a strange lass called Misuzu who invites him to stay with her. He also encounters several other interesting characters along the way like Kana, Minagi, Haruko, Hijiri, and Michiru.

3 – Highschool of the Dead: 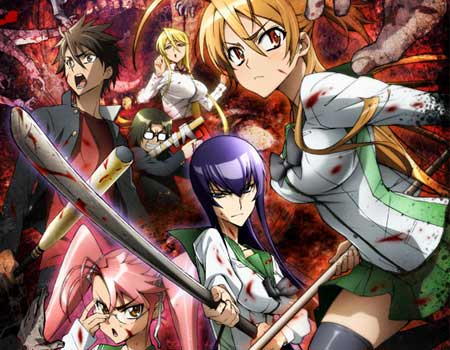 After mentioning a couple of mushy anime, here’s Highschool of the Dead that boasts of incorporating action, adventure, drama, gore, and even horror. And if you like zombie flicks, well you’re in for a complete treat. An infection breaks out and transforms humans into an army of the mindless undead.

It’s now up to a normal high school lad named Takashi Komuro, his friends, and the school nurse to join forces, fight against this menace, and get to the bottom of the scary scenario. 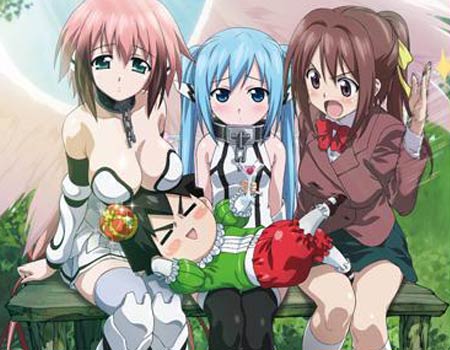 It’s now time to dabble in an anime that provides oodles of laughter, romance, and fantasy. And as you might have already guessed by glancing at the name, this inclusion in our Angel Beats alternatives array also features an angel. The heavenly beauty or Unidentified Mysterious Animal (U.M.A.) known as Ikaros falls right into girl-crazy Tomoki’s quiet life and turns it upside down with her antics.

She even begins to call him ‘Master.’ Throw in a Nymph and a new Angeloid who wants to get rid of Tomoki and you’ll get a complete cake with chaos for icing. ‘Your wish is her desire.’ 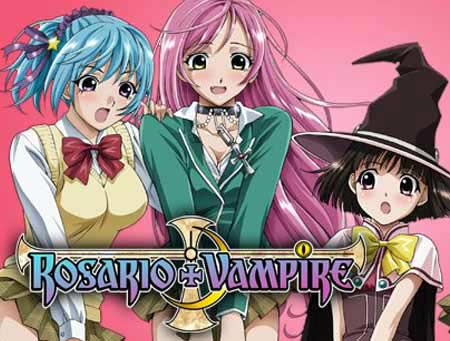 Here’s another piece that encapsulates a mix of different genres such as romance, action, supernatural and comedy. The protagonist is Tsukune Aono who due to his awful grades, is sent to a high school that’s anything but ordinary. It’s filled with monsters and one such femme fatale is a beautiful vampire called Moka Akashiya who begins to fancy Tsukune.

He, in turn, decides against running away and stays back, keeping a low profile. Now the pretty Moka hides a dark secret. Whenever the rosary around her neck is removed, she transforms into a super monster with a dropkick from hell. 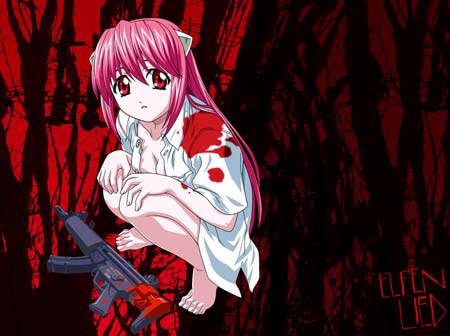 There’s more action to be had with the introduction of this contender in our anime similar to Angel Beats roundup. Besides this genre, Elfen Lied also strides to the forefront with tons of drama, action, horror, violence and romantic elements. Here the main character is a mutated homo sapien called Lucy who has powerful telekinetic abilities. She manages to escape from the government facility where she was held captive.

However, during the ordeal, she was left wounded and hence can’t remember who she is. A kind family happens to find her and rechristens this disoriented girl Nyuu. They invite her to stay at their home and are completely oblivious of her demonic nature. 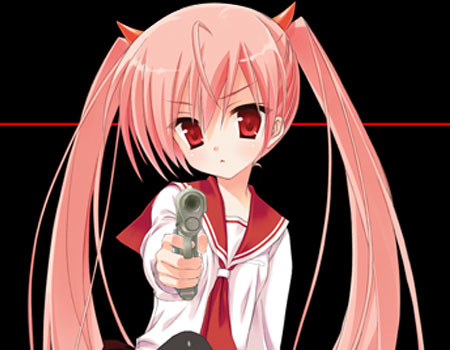 The storyline here revolves around Kinji Tōyama who is a second-year student at Tokyo Butei High School, which is definitely no ordinary academy. It’s a special school for mercenaries or armed detectives known as Butei where they’re trained to use different weapons.

Now Kinji has the ability to transform into an ace killer when turned on by a lass. During a bombing, he comes face to face with a powerful S-Rank student called Aria H. Kanzaki.

What aspects of Angel Beats did you appreciate? Was it the concept, action bits, storyline, comedy or supernatural element? Well, whatever aspect tugged at your heartstrings, you’ll find all of them and more embedded into the aforementioned anime like Angel Beats. So go ahead and take a peek at all the options present in this potpourri. And once you’ve managed to settle on your acme lot, do pen down your suggestions right here. Did we miss any title that may have deserved a spot on our list? You can leave those mentions in the box as well.