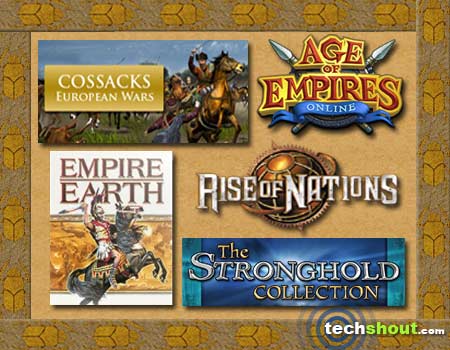 The following games like Age of Mythology are packed to the hilt with some pretty interesting real-time strategy elements as well as a host of other engaging aspects. Yes, you’ll get to build and manage towns, train a formidable army, explore wonderful places and even conquer new lands. Now the games that we’ve listed out here aren’t exactly like the Age of Mythology. However, they do bear a few similarities and will surely entice RTS fans who have spent hours on end in front of their PC screens using their gray matter to successfully survive and conquer different civilizations. 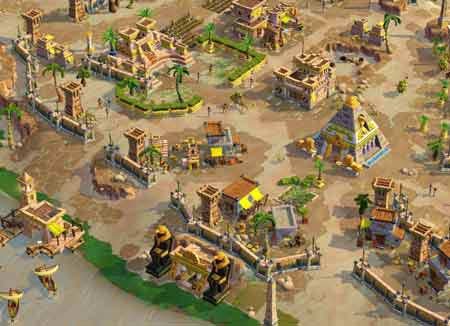 Looking out for a similar game that won’t even cost you a penny to play? Well, we have just the delight for you. As you might have already guessed, this free-to-play, real-time strategy game is based on the acclaimed Age of Mythology series and can be played within the online confines itself. Get ready to embark on an exciting journey through different eras where you’ll be introduced to civilizations that have left their mark on the pages of history. Some of these great empires include the Celts, the Greeks, the Persians, and the Egyptians.

Along with RTS elements, you can also expect to see other exciting features embedded here like customization attributes, MMORPG sprinkles and tons of social interaction. You can level up and earn plenty of rewards my partaking in various quests that span across the sands of time. What’s more, you’ll also be able to go head to head with other players or join them in their conquest for power. 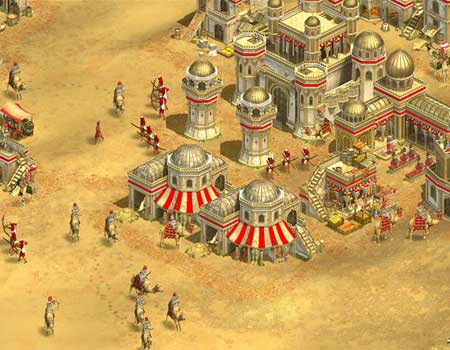 Although this entrant in our games similar to the Age of Mythology roster released onto the scene nearly a decade ago, it still remains a well-known game among RTS enthusiasts. So if you consider yourself one among that lot and haven’t tried this one yet, head straight out and pick up your copy. Want to know a little more about the game you’re about to purchase? Well, it’s noted to be a real-time strategy game that takes players through nearly 6,000 years of history. You’ll be able to play through 8 different eras, right from the ancient epoch to the information phase.

Furthermore, you can explore 4 research tracks in areas like civic, military, science and commerce. Rise of Nations also includes different levels of the smart villager system and unit information. The developer has even packed in 18 nations like British, Egyptian, Bantu, Aztec, Chinese, Greek, Japanese, Mongol, Spanish, Roman, Inca, German, French, Koreans, and Maya. And as expected, each of these regions boasts of its own unique art set. And lastly, the title supports up to 8 players and features a single-player campaign mode. 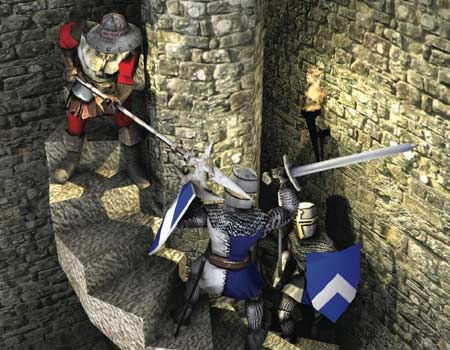 If you’re a history buff and simply love to dive into games that deal with the same then you’ll surely love what this one has in store for you. Set against a medieval backdrop, this option comprises of 5 real-time strategy games. Here you’re called on to create your castle strongholds and defend it against formidable enemies. During your stay here, you can also strive to expand your reach to distant lands, host great jousting events, call for huge feats, survey the castle life in your region and even conduct public executions just like in the days of yore.

Among the options in the virtual package are Crusader and Crusader Extreme where you can travel to the distant Arabian lands and relive the Crusades via 4 campaigns as Saladin, the Sultan of Syria and Richard the Lionheart. The latter even proffers 20 new missions and larger armies comprising of 10,000 troops. 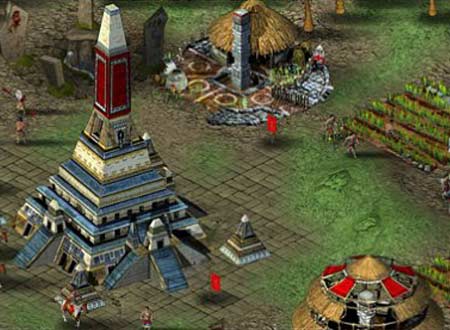 This inclusion in our Age of Mythology alternatives array is developed by Stainless Steel Studios and is of course, history-based so prepare to experience the ancient eras in a whole new way. You’ll be able to witness 500,000 years of human civilization and even fight through some of the most grueling battles that took place between great countries.

And as you make your way through the different eras, you can dabble in new technologies, building structures and weapons. You can further take advantage of a Gold Edition that comes complete with the original EE delight and the expansion pack christened ‘The Art of Conquest.’ 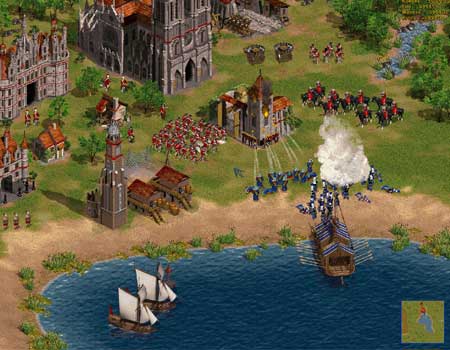 This particular contender in our games similar to Age of Mythology roundup takes place between the 16th and the 18th centuries in Europe. The brains behind Cossacks: European Wars have also thrown into the amalgamation 16 nations that include Algeria, England, the Netherlands, Portugal, Saxony, Ukraine, Turkey, Piemonte, and Venice, to name a few.

Each of these lands boasts of its own special developments, drawbacks, technologies and military advantages. And as far as battles are concerned up to 8,000 units can be exploited on a single or network map. You can decide whether to wage guerrilla wars, arrange ambushes, conduct sea battles or carry out city sieges.

The game in the spotlight here captured the hearts of many PC players more than a decade ago. It had you traveling through 4 periods namely, Archaic, Classical, Heroic and Mythic, without you even having to leave the comfort of your computer chair. You could dabble in different civilizations such as the Egyptians, Greeks, and Norse, and even enjoy a thing or two about the mysterious legends and myths of each mighty epoch.

Now if you’re looking to once again tap into your real-time strategy-loving side, then we suggest you try your hand at any of the aforesaid games like Age of Mythology. And don’t forget to return with tales of your victory and which ones you preferred from among the lot.