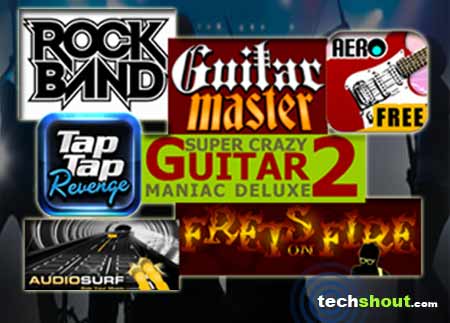 The 7 games like Guitar Hero are here to provide both aural and visual splendor. Each of the options mentioned below will surely tug at your heartstrings and have you playing them until the call for dinner chimes or maybe even longer. They certainly can be addictive especially if you’re a fan of music-oriented video games. The title in question here had players jamming to tracks like Hotel California, Eye of the Tiger, The Kill, La Bamba, Livin’ on a Prayer, Shiver, Mr. Crowley, and Satch Boogie. Read on to find out more about the different Guitar Hero alternatives out there. 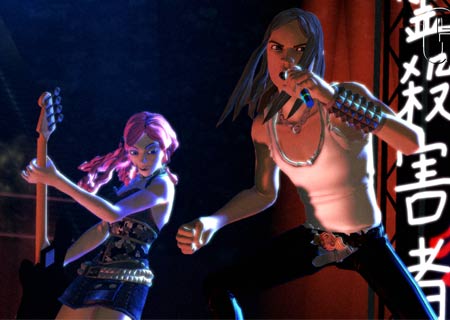 Developed by Harmonix Music Systems and published by MTV Games and EA, Rock Band shares many similarities with Guitar Hero. Well for one, it allows gamers to form a band comprising of up to 4 players. They can strum out their best on controllers that resemble musical instruments like guitars, drums, and even a USB microphone. You can handle each of them just like their real-life counterparts and play a variety of pre-installed as well as downloaded songs. These include Enter Sandman by Metallica, When You Were Young by The Killers, Black Hole Sun by Soundgarden and Creep by Radiohead, among many more.

The title further sparked off many sequels like Lego Rock Band, Green Day: Rock Band and The Beatles: Rock Band. These games can be played on your very own consoles such as the Xbox 360, PS3, Wii and others. So get your friends together and prepare to ignite your living room with the sound of music. 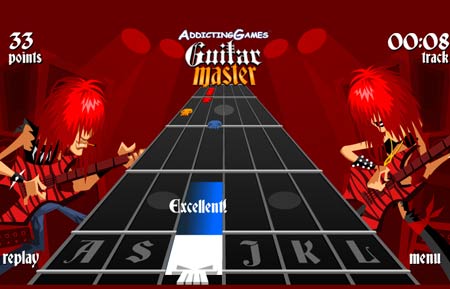 The maker of Guitar Master encourages you to ‘take part in the greatest show of all.’ Claiming to offer a total guitar riff freakout, the next entrant in our games similar to Guitar Hero lineup enables you to immerse in guitar goodness directly via your browser itself. No need to install or download any type of software. Simply opt for your ax, the song you want to groove to and you’re all set to rock the online scene. You can further take advantage of either classic or rockboard key settings. Dive in with another friend thanks to the inclusion of the special co-op mode. Unlock new guitar models, new songs and even a bonus track, if you’re really good at the game. So we suggest you practice shredding those strings if you want to emerge a virtual pro. 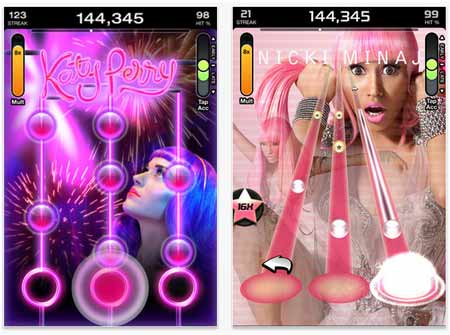 From the PC, we now jump straight onto the iOS and Android terrain. Tap Tap Revenge 4 proffers audiophiles a treasure chest of songs from a plethora of renowned artists plucked from across the globe. This includes the likes of Taio Cruz, Metallica, Lady Gaga, Jason Derulo, Ke$ha, Justin Bieber, Nicki Minaj, Katy Perry, and LMFAO. All you have to do is touch the targets as they appear on your gadget screen.

You’ll score points for timing and accuracy. There are more than 100 free tracks to avail of when you download the game from the Apple App Store or Google Play. Take the battle to the online stage by playing against other members of the Tap Tap community. There are weekly contests, bonus extra content, fully customizable avatars and even a new free track each week. 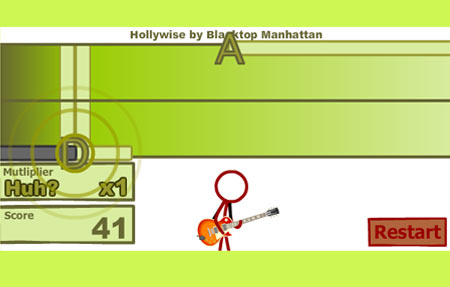 Super Crazy Guitar Maniac 2 is packed with 14 songs, half a dozen guitars and one crazy stickman. Similar to the other Guitar Hero alternatives, your aim here is to hit the allotted buttons in time with the music. In order to rake in a high score, you must get combos to increase the multiplier. For every command that you hit, you’ll be rewarded with 10 points. However, each wrong key press will cost you 10 points.

And if you acquire a good score, you stand a chance to unlock new content. But be careful as some notes require you to hold the keyboard buttons down a little longer for the right tune and even a few extra numbers on the scoreboard. Did we mention that you can play Super Crazy Guitar Maniac 2 directly on your PC screen just like Guitar Master? 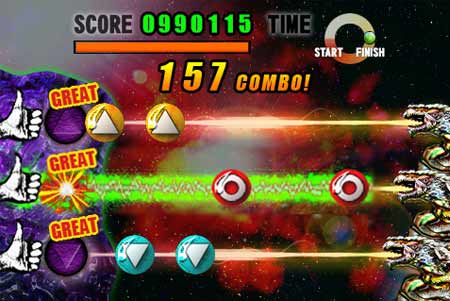 Here’s another mobile game that boasts of familiar Guitar Hero gameplay attributes. In Aero Guitar Free, you can acquire points by flicking, tapping and shaking your iOS-powered device. And you don’t need to be a pro at the guitar to gather up big numbers here.

Aimed at pleasing both children as well as adults, this iTunes delight provides ranking functions so that owners can compete with others in real-time. The title enters with high-quality tracks and different types of difficulties. 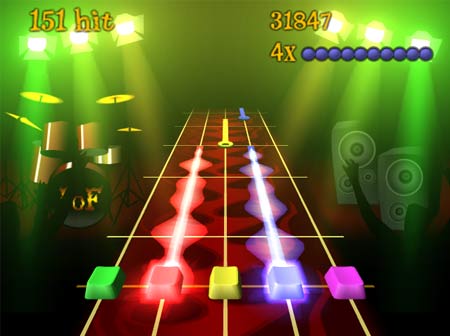 Frets On Fire is fashioned by Unreal Voodoo and enables players to make music by simply mashing on their keyboard buttons. This game certainly is quite a stress buster especially when you’re at the office or busy doing a college project. You must hit the markers that appear onscreen in order to score points, complete the song and even maybe tap the high point multiplier.

According to the maker, this inclusion in our games similar to Guitar Hero roster offers support for guitar controllers and generic joysticks. There is even a song editor for crafting your own tunes. What’s more, you can also import Guitar Hero I and II songs to jam on platforms such as Linux, Windows, FreeBSD and Mac OS X. 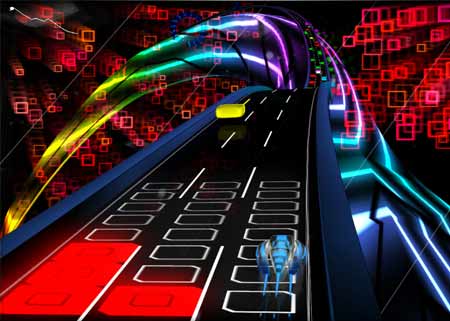 AudioSurf lets you ride your music. It’s noted to be a music-adapting puzzle racer that allows you to zoom across the waves of your own melodies. The track you opt for will determine the speed, shape, and mood employed for each ride.

Points are earned with you gather together blocks drenched in the same hue. You can go head to head with other speedsters across the internet. You will also be able to opt for your desired strategy from 14 available characters. It’s priced at just under $10 and can be acquired from Steam.

So after strumming to songs from Bon Jovi, Willie Nelson, Coldplay, Joe Satriani, Foo Fighters, Sting and Ozzy Osbourne, you can get down and boogie with some other games like Guitar Hero. From the PC to the iPhone, you’ll find a variety of titles that dabble in decimals and sound. So which ones appealed to you?