The 7 games like Oblivion feature fantastic open-world environments that allow players to roam freely across the virtual plain. They will be bombarded with the freedom to accomplish in-game objectives as and when they desire rather than staying on the pre-intended path. Developed by Bethesda, The Elder Scrolls IV: Oblivion piqued the interest of gamers way back in 2006 when it unleashed for the PC, Xbox 360 and PS3. This action RPG open-world game is noted to be the fourth installment in the acclaimed The Elder Scrolls fantasy series. We have lined up a comprehensive list of alternatives that are worth giving a shot. So go ahead and check out the competition. 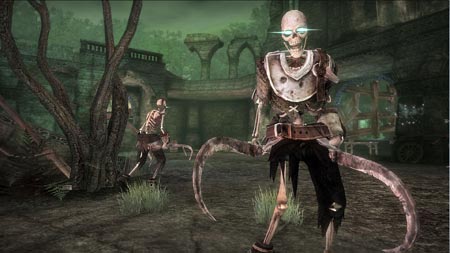 Those on the lookout for an action RPG open-world similar to the game in question can feast their eyes on Fable III. It’s the latest iteration in the Fable series and is developed by Lionhead Studios for the Xbox 360 and PC. You’ll be called on to seize power, show valor and embark on an epic adventure that will lead to the crown. The story takes place 50 years after the events of Fable II and tests the boundaries of morality, according to the maker. Besides just providing intense gameplay pleasure, the title also seems to offer aural bliss by roping in the likes of some big Hollywood names. These include the brilliant vocal talents of Stephen Fry, Bernard Hill, Ben Kinsley, and John Cleese. 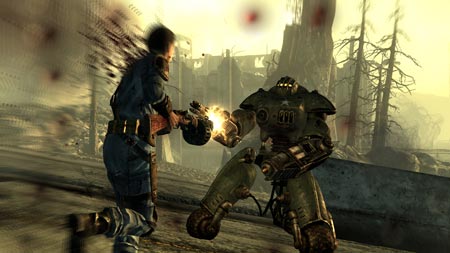 If you loved playing Oblivion, then Fallout 3 is just the game for you. And like the game in question, this action RPG open-world game is also developed by Bethesda. Set against a futuristic background, Fallout 3 invites players to explore the vast expanses of Capital Wasteland. The enhanced Vault-tec engineering has managed to keep threats such as raiders, giant insects and super mutants well at bay. Here, you must step out of your comfort zone and search for your father by trudging through the harsh wasteland. Additionally, you can experience this fantastic universe from a first- and third-person perspective. And like the aforementioned gem mentioned in our games similar to Oblivion list, this one also lets you exercise the power of choice. 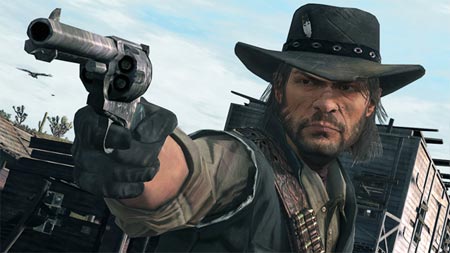 Get ready to experience a good old fashioned American Old West duel in Red Dead Redemption. Packed with loads of action and adventure, the game is set in the early 1900s where the cowboy era is seen coming to an end. Follow the escapades of John Marston who tries to face his blood-tinted past and bring justice to the land. In Red Dead Redemption, you’ll be able to dabble in all things synonymous with the Old West. This includes dramatic train robberies, gun battles, and bounty hunting. Crafted by Rockstar, Red Dead Redemption is compatible with the Xbox 360 and PS3 consoles. Furthermore, the open-world attribute extends across the multiplayer mode as well, where up to 16 players can form posses of up to 8 players each. 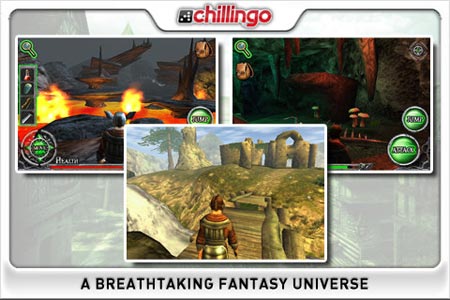 The forth inclusion in our Oblivion alternatives roster won’t be found on gaming consoles or even the PC for that matter. Ravensword: The Fallen King unfurls across iOS devices, bringing along a massive, sandbox-style feature that’s sprinkled with RPG elements. You’ll be pulled into interactive, open environments that are filled with an interesting cast of characters.

Furthermore, you can also toggle between first- and third-person perspectives with just a touch of the screen. Prepare yourself to face waves of dangerous enemies by employing an optional auto-targeting interface. Also aiding you in your endeavors is an impressive lineup of items, weapons, and magical runes. A high-fantasy storyline, clear inventory interface, and foot-tapping soundtrack are also what you bargain for when you shell out $2.99. 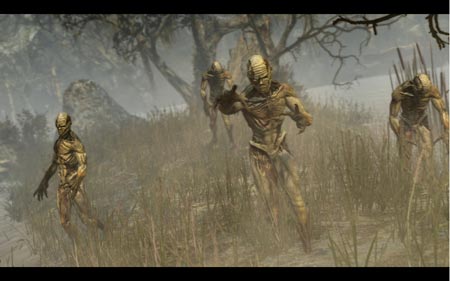 Created by Polish developer Reality Pump, Two Worlds II provides Oblivion fans with an RPG open-world game that’s brimming with action. Looked upon as the sequel to the 2007 game Two Worlds, this installment lets players find out more about their mysterious roots and discover loads of twists and turns along the way. As the maker reveals, ‘Two Worlds II is a perfect mix of flexibility, creativity, and state of the art technology.’

It’s further infused with an exciting main story, rich gameplay and a complex quest system where you’ll be able to dive deep into the world of Antaloor. Through the Craft tool, gamers will be able to form new unique items by acquiring basic materials. And lastly, there is also an extensive multiplayer part complete with building/setup simulation thrown into the amalgamation. 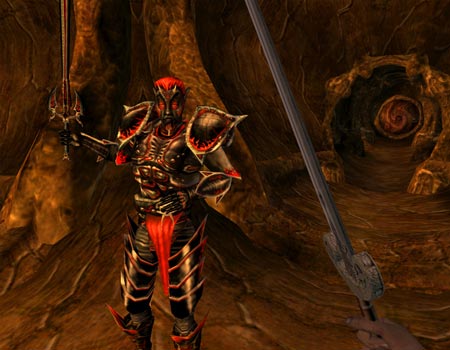 Preceding Oblivion, The Elder Scrolls III: Morrowind is the third installment in the well known Elder Scrolls series. Also developed and published by Bethesda, this particular game released nearly a decade ago and bears a familiar open-world environment. The story sees an unknown imperial courier embarking on a journey to the island of Vvardenfell in order to fulfill a prophecy.

His path is lined with magical quests and many dangers, all of which he must conquer if he is to become the Empire’s most endearing heroes. This entrant in our games similar to Oblivion can also be acquired in a Game of the Year edition that comprises content from the Bloodmoon and Tribunal expansions. 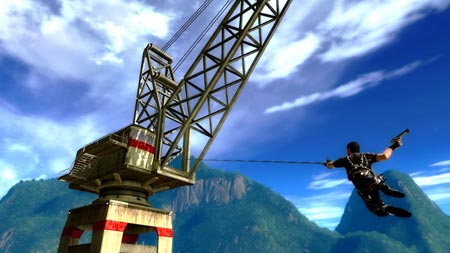 When players plunge into the expansive world of Just Cause 2, they’ll be able to roam across vast terrains without having to solely focus on the game’s featured storyline. Just Cause 2 sees agent Rico Rodriguez setting out on a mission that requires him to take down his mentor and friend, Tom Sheldon as well as the evil dictator Baby Panay.

His adventures lead him to a 400 square mile island nation of Panau which features snow-capped peaks, sandy beaches, and scorching deserts. Battle across air, land, and sea and take control over 100 vehicles like jet fighters and tactical jeeps. By stepping into the shoes of the protagonist, you can execute death-defying stunts and travel across the island by utilizing your trusty grapple and parachute.

Our choice of games like Oblivion will certainly keep you occupied for hours on end. Whether you own a PC, Xbox 360, PS3 or even an iOS-powered device, you can be sure you’ll find just what you’re looking for. So after taking a peek and trying out the lot, do let us know which ones appealed to you by penning down a few words in the comment box below.