TechShout
Home Alternatives 7 Animes Like Highschool Of The Dead 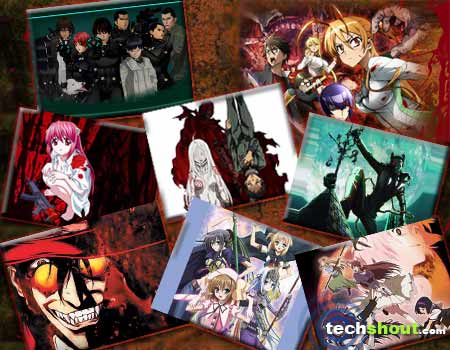 Wondering what’s packed into our list of animes like Highschool Of The Dead? Well, you can expect to be bombarded with undead beings and ghouls as well as tons of action. What’s more, you’ll even be able to perceive gruesome and gory elements that should appeal to fans of the anime Highschool Of The Dead. This particular series focuses on a normal high school boy who goes by the name of Takashi Komuro, and his friends who are all fighting to survive the zombie apocalypse known as the ‘Outbreak.’ The last remaining survivors try to keep their sanity and aim to get to the bottom of this catastrophe. 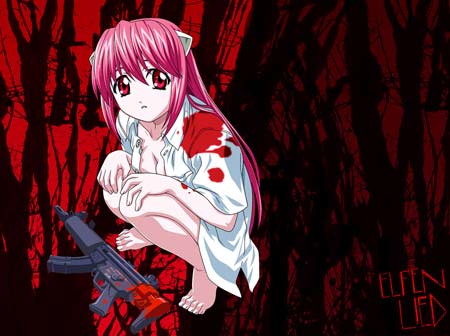 Elfen Lied is an amalgamation of drama, action, violence, horror and even some romantic elements. Here you’ll come across a mutated homo sapien race known as The Diclonius. They each have telekinetic abilities and pose a threat to mankind. Owing to their destructive nature, the members of this clan have been captured by the government and put into laboratories.

The plot sees the escape of a young, psychotic Diclonius who leaves a wake of horrible deaths in her path when she tries to break free from the facility. In the process, she gets injured and loses her memory. The girl is then rescued by 2 teenagers called Yuka and Kouta, and is rechristened Nyuu by the duo. Nyuu agrees to live with Kouta and her family. However, all these individuals are oblivious to her true demonic nature. 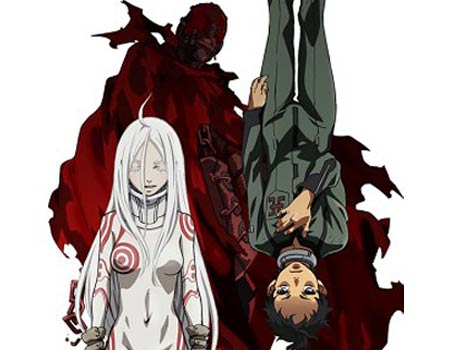 There is more gore coming your way with the mention of Deadman Wonderland in our animes similar to Highschool Of The Dead roster. The story follows the escapades of middle school student Ganta Igarashi who miraculously survives a massacre that takes place in his classroom. Framed for the killings, he is sentenced to rot in one of most twisted prison confinements ever.

This insane facility hosts brutal deathmatches which pits the convicts against each other. Along the way, Ganta makes friends with an unusual female inmate and even finds out that he can transform his blood into a formidable weapon which helps him survive his ordeal. He even uncovers some crucial secrets about the people who are actually responsible for the school slaughter. 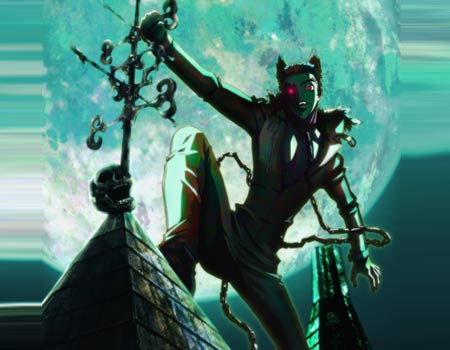 In the anime Shiki, viewers are transported to a small village called Sotobamura that holds just around 1,300 residents. This isolated rural area which is located far from the highway, still follows old customs like the burial of the dead and other such rituals. Ozaki Toshio is the village’s only doctor and feels that the sudden death of 3 people may just be an epidemic.

But when the death count goes up considerably, he suspects that the undead could be responsible for this disaster. The other main protagonist in Shiki is a 15 year old boy who hates living in the village. 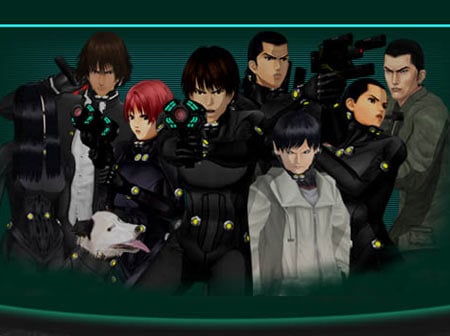 Another contender in our Highschool Of The Dead alternatives list is a series that’s simply known as Gantz. Kei Kurono is a high school student who doesn’t care for anyone else but himself. However as fate would have it, he and his childhood friend, Katou Masaru attempt to rescue a drunkard from the subway tracks but in the process are run over by the train.

They then find themselves in an enclosed apartment along with other individuals who have recently passed away as well. There’s a mysterious black ball called the Gantz that’s situated in their flat. Now, the occupants must participate in a ‘game’ which involves horror and danger. 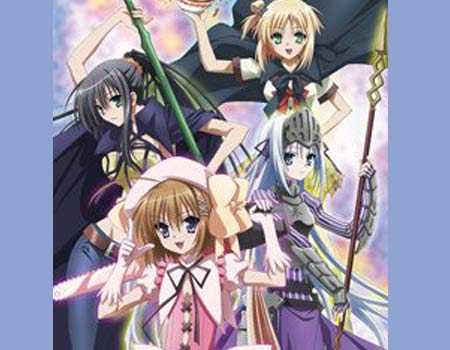 Also known as Kore wa Zombie Desu ka? in Japanese, the anime Is this a Zombie? is packed to the hilt with loads of interesting elements like action, comedy, fan service and the supernatural. And as you might have already guessed by glancing at the title, it does indeed feature the menacing undead. A normal high school boy called Ayumu Aikawa is killed by a serial killer.

However, he is brought back to life by a necromancer who goes by the name of Eucliwood Hellscythe. She turns him into a zombie and he becomes her guard. And if that’s not enough trouble, Aikawa also takes the magic powers of a mahō shōjo named Haruna. Now he must fight against the Megalos alongside Haruna, Eucliwood and a vampire ninja called Seraphim. 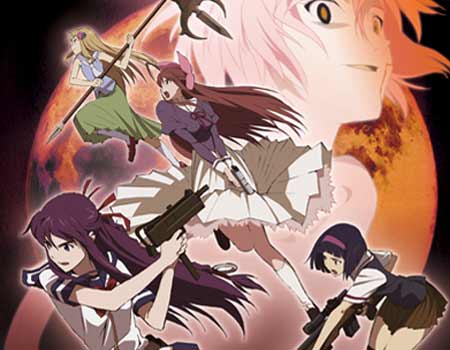 There’s more uniform-tearing action to be had in our lineup of animes similar to Highschool Of The Dead. Shikabane Hime incorporates a storyline that puts Makina Hoshino into the shoes of the charismatic protagonist. In an unfortunate event, Hoshino was burnt alive along with her whole family. Now she lives as one of the undead in order to seek justice as well as take down 108 corpses in order to make her journey unto heaven.

She dispenses justice by unleashing the fury of her twin MAC-11 machine guns. She’s tasked with annihilating every last rotting piece of undead leftovers that are creating havoc across the dark streets of the city. Shikabane Hime is also dubbed as the Corpse Bride owing to the lead character of the series. 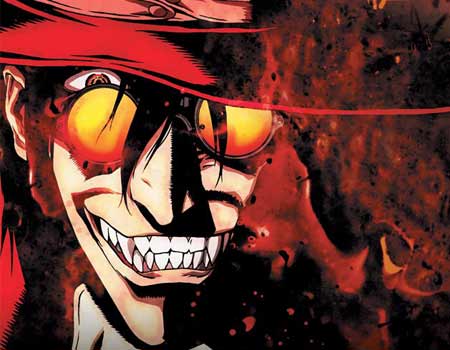 You can expect to be drenched in a bloody battle that is being fought between monsters in the anime Hellsing. The secret organization that is christened Hellsing has been fighting against supernatural threats and keeping the public safe for years.

Its greatest fighter is known as Alucard, who is a powerful, enigmatic vampire. He is assisted by the likes of Integra Wingates’ mysterious butler and Seras Victoria, a new vampire minion. Together, they team up to fight against nasties as well as other enemies like the Millennium and a secret organization from the Vatican.

Prepare to watch blood spluttering fights, tales of thrillers and horror-filled episodes scattered across the different animes like Highschool Of The Dead. They even feature buxom girls and lots of fan-service elements that surely won’t disappoint anime fans. If you liked any of the aforesaid gems, do let us know about your choices. Did we give any one a miss here? If we have, do punch in the names below.