All those on the lookout for games like Fallout 3 have come to the right place. We have lined up a comprehensive list that’s certainly packed with loads of action. Before diving straight into the various options, we first have to find out what makes Fallout 3 so special. Well, developer Bethesda Game Studios has infused the third major installment in the acclaimed Fallout series with an open world theme, RPG elements, and a post-apocalyptic setting. So which are the different titles that are worthy alternatives for this particular game? Read on to find out. 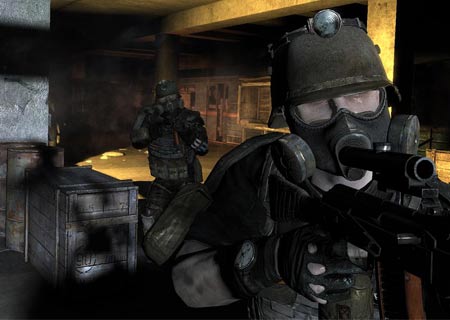 Searching for a game that’s based in the post-apocalyptic era? Well, we suggest you take a peek at Metro 2033. This first-person shooter game is packed to the hilt with underground survival horror elements and takes place in a shattered subway of a post-apocalyptic Moscow. You take on the role of Artyom, someone who has never ventured outside of the Metro system.

During your in-game escapades, you’ll have to travel to the desolate wastelands of the surface as well as explore the forgotten catacombs that lie beneath. The eerie tunnels are filled with ghostly spirits and evil mutants, so tread carefully. And as the developer suggests, ‘steel your nerve and prepare to face the terrors that await.’ 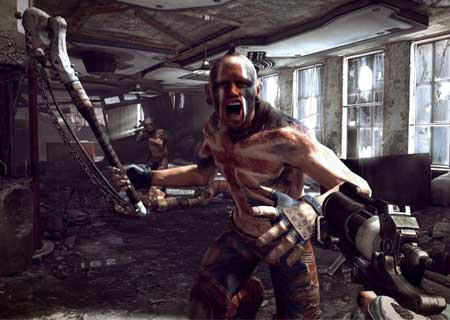 Rage invaded the gaming terrain last year and unleashed across various platforms like the PC, PS3 and Xbox 360. Similar to the earlier mention in our games similar to Fallout 3 roster, this title is also set in a post-apocalyptic world and boasts of first-person shooter elements. Developed by id Software and published by Bethesda Softworks, Rage transports players into a vast wasteland that’s threatened by the likes of mutants and gangs.

You can expect to be bombarded with a deserted atmosphere and intense combat encounters that involve the unruly, hostile kind. Additionally, composer Rod Abernethy has also created the original music score for Rage. 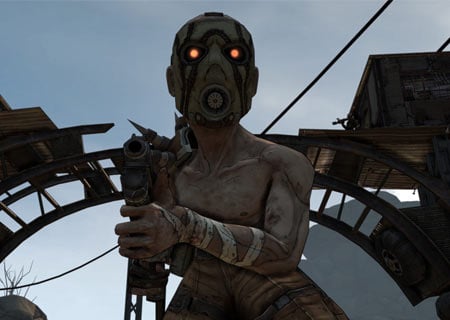 Here’s a game that incorporates 2 genres in one namely, first-person shooter and RPG attributes. We’re talking about the space-western game christened Borderlands. It sprouts onto the scene drenched in a unique radical art style that merges traditional techniques with hand-drawn textures. You can take on the role of any one from the 4 gun-slinging mercenaries in order to create havoc and shoot down everything that stands in your way.

You’ll be able to wield various types of weapons such as SMGs, revolvers and rocket-launching shotguns. Besides jumping into action alone, you can also take advantage of an engaging multiplayer experience through 4-player co-op online and offline modes. 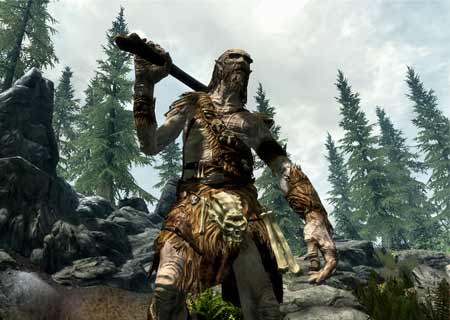 Another great entrant in our Fallout 3 alternatives array is The Elder Scrolls V: Skyrim. Noted to be the fifth installment in The Elder Scrolls series, this gem claims to revolutionize the open-world fantasy epic by bringing forth a complete virtual playground for you to explore at your leisure. And thanks to its new game engine, you’ll be able to see the bustling cities, rolling clouds and rugged mountains come to life.

Yet another game from the house of Bethesda Game Studios, Skyrim allows you to opt from a plethora of weapons, abilities, and spells. You can learn the secrets of the Dragon-born and even battle against ancient dragons.

Assassin’s Creed 2 is developed and published by Ubisoft. It released across the PS3, Xbox 360, PC and Mac just a couple of years back. And much like the game in question, this game also takes place in an open world with nonlinear gameplay elements. This means that you can suit up with the appropriate armor and freely roam around the regions of late fifteenth-century Italy.

The second iteration in the acclaimed Assassin’s Creed series focuses on a new hero called Ezio Auditore da Firenze, who’s a young Italian nobleman during the Renaissance era. You can even fly and swim to your missions in this free-running world. Become a master assassin by perfecting your skills and learning how to use new weapons. 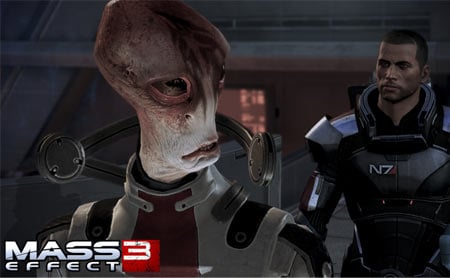 After tantalizing gamers with its official announcement back in 2010, Mass Effect 3 finally landed onto the scene only in March this year. Published by EA and developed by BioWare, this games similar to Fallout 3 lineup inclusion pulls you into an all-out galactic war that wages on against the evil forces. Here’s where interactive storytelling meets engaging action.

You step into the shoes of Commander Shepard in order to save the earth from impending destruction. All the in-game decisions up make may have deadly consequences, so proceed with extreme caution through the levels. You needn’t face the bad guys alone as a team of elite soldiers is at your every command. There are also 4-player co-op missions to take advantage of in Mass Effect 3. 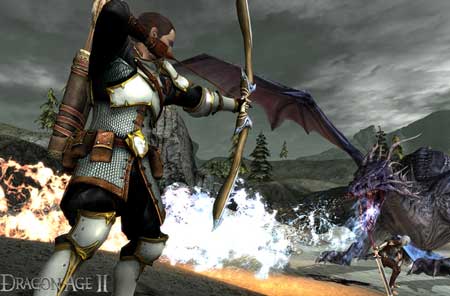 The final game in our array is Dragon Age II which released just last year for the PC, Mac, PS3 and Xbox 360. The maker calls on players to ‘experience a blood-soaked rise to power.’ You can enter the title posing as a refugee named Hawke, who manages to survive the annihilation of his hometown.

And because of certain circumstances that have come to pass during the levels, you must take up the cause and be the Champion of Kirkwall. Endowed with a story that’s shrouded in mystery and myth, this installment in the Dragon Age series lets you make tough moral choices and experience a legend that will bring the deadliest of allies together.

The Fallout series boasts of captivating features and exciting attributes. And that’s exactly what you can expect from our 7 games like Fallout 3. RPG bliss, open-world exploration, and action galore are on the menu this time around. Do let us know which titles had you glued to your TV or PC screen for hours on end.