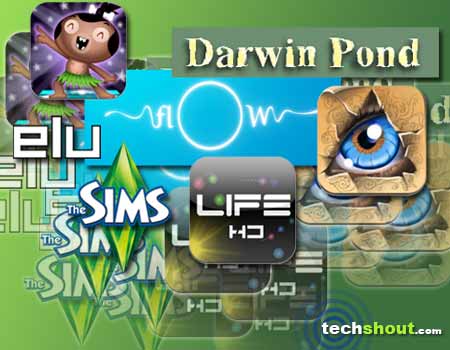 If you’re looking out for games like Spore, then you’ll surely want to dabble in some games that are soaked in the life simulation and god game genres. Well, if that’s the case, then we have just the lineup for you. Spore has thrilled audiences with its captivating gameplay elements ever since its release for the Mac and PC platforms in 2008. Designed by Will Wright and developed by Maxi, Spore also features a multi-genre mix covering action, RPG and real-time strategy elements. So if you want to play God or evolve and nurture fantastic creatures, we suggest you try our following game suggestions. They may not be exactly like Spore, but each of them certainly harbors one or more characteristics of the game in question. 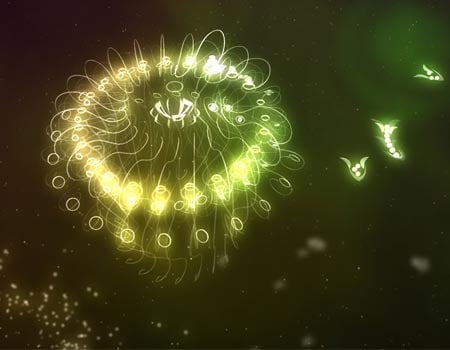 Flow dunks you into a surreal biosphere where you’re called on to guide an aquatic organism through the murky depths. Evolve your tiny critter by consuming other organisms that are seen floating across the abyss. According to the maker, the game comprises of a DDA integrated design that allows players with various skill levels to dive right into the game.

Splash into the crisp, deep blue setting by taking on the role of an organism along with 3 other players, all on one single screen. This PSN and PSP compatible game lets you opt from 5 fantastic creatures. 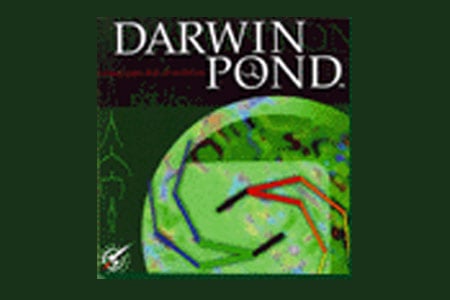 The next entrant in our games similar to Spore array transports you to an imaginary gene pool that’s packed to the hilt with a ‘primordial puddle of genetic surprises,’ as revealed by developers Jeffrey Ventrella, Brain Dodd and the crew at Rocket Science Games. The virtual world is inhabited by a plethora of wriggly strings known as ‘swimmers.’ Observe them as they evolve their anatomies and motions. Darwin Pond is noted to be an artificial life simulation where you can build scenarios and set up experiments as per your desire. 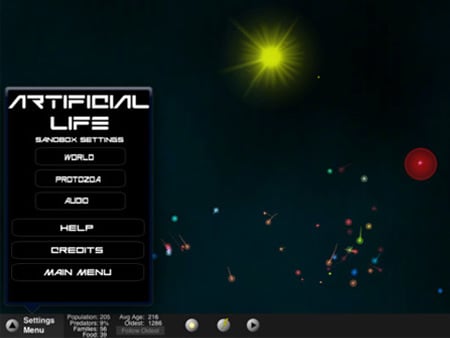 The creator of Artificial Life HD urges you to ‘watch life evolve in the palm of your hand.’ Here’s another game that allows you to interact with micro-organisms on a virtual level. In this relaxing game, each organism has its own set of rules that alter its behavior. Witness how the microscopic critters pass on their genetic code and evolve to display different behavioral patterns like scavenging, solitary predatory tactics and hiding. There are 2 modes of play featured here namely, sandbox simulation and survival. In the former, you can easily tweak the chromosomes and environmental factors of the protozoa while the latter lets you customize your protozoa and see how long it survives. Artificial Life HD is tagged at just under a dollar and is now available for download on the iPad. 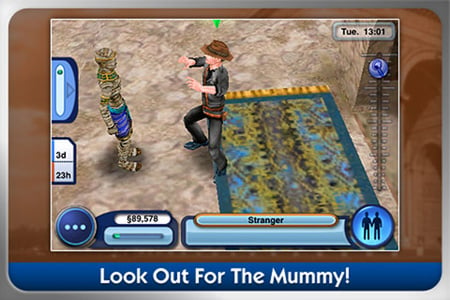 Most of you who love playing simulation games will need no introduction to The Sims. This inclusion in our Spore alternatives list is also developed by Maxis and published by EA. It’s even claimed to be the brainchild of Will Wright, the creator of games such as Spore and SimCity. Well, in this particular game, you don’t really get to create monsters and queer creatures from scratch.

However, you can control virtual people known as the Sims and breathe life into any scenario your heart desires. You can explore an Egyptian tomb, come face to face with ghosts in a haunted house, get married in the local chapel, buy a pet, paint the town red and even live life in the fast lane. 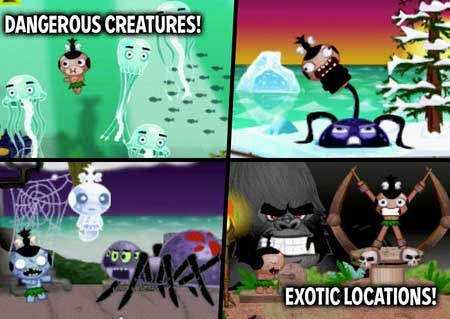 As the name suggests, Pocket God enables you to take on the role of the almighty power anywhere, anytime. All you need is an iPhone, iPad or iPod touch and you’re all set to control the lives of the tiny beings residing in your portable device. What’s more, you get to choose what sort of dictator you want to be.

In this episodic microgame, you’re the all-powerful god that has complete authority over the primitive islanders. There are more than 40 episodes to avail of in Pocket God. The game can be downloaded from the Apple App Store by parting ways with a little under a dollar. 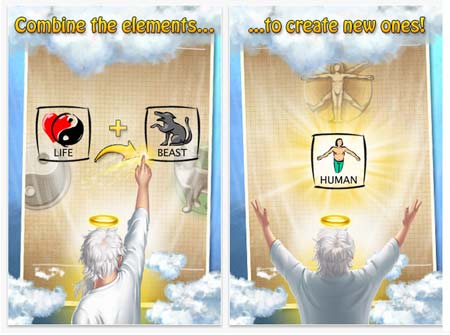 iOS device owners who love the god game and life simulation genre-based games can keep the party going with the mention of Doodle God. Wondering what this delight is all about? Well, the game infuses your handset or tablet with living elements of earth, air, and water. You have the power of creation, and by mixing the essentials you have in hand, you can create a whole world from scratch.

But every action has a consequence. However, you’ll be rewarded each time you craft a new procedure or item. Some of the features include a mini-games section, intuitive one-click gameplay and loads of interesting quotes as well as the ability to fashion more than 300 advanced concepts and items. And similar to the other games similar to Spore iTunes treats, this one also costs just $0.99. 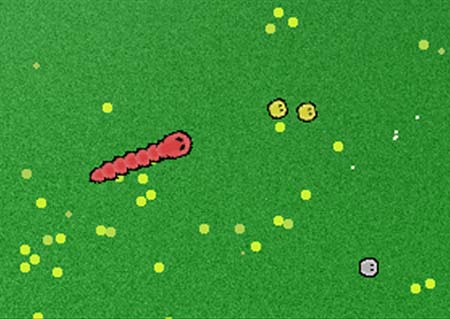 If you liked the earlier inclusion of Darwin Pond – the game that was christened after the father of evolution, then you’ll surely want to get your claws on a game that’s simply dubbed Elu. Known for its real-time life simulation concept, it comprises of various organisms that evolve and survive different climatic situations. The life simulator allows you to either sit back and watch what happens onscreen or actually get involved in the evolution and growth of the micro-organisms. What’s more, about a year after Elu, the developer came up with another gem called Elu Undersea. And as you might have already guessed, all activates take place underwater and there’s definitely a lot more to do here than what was offered in its previous iteration.

The aforementioned 7 games like Spore have all the ingredients to keep you occupied for hours on end. Some of the names we’ve zeroed in on may sound familiar to many. Nonetheless, we urge you to try your hand at all the options laid out before you. Play to your heart’s content and make sure to revisit this space and enlighten us with your choices. Have we missed out on any of your favorites? Do let us know by leaving a comment or two in the box situated below.