Games similar to Angry Birds come into play when you get a little tired of tossing the same irate avian kind at the relentless nasty green pigs. The whole concept of the game in question, as well as the addictive gameplay elements and comic relief, are just some of the ingredients that keep players coming back for more. So, if you want to dabble in games that feature familiar physics-based puzzle attributes, but minus the pig-and-bird warring factions, then the following titles have your name written all over them. 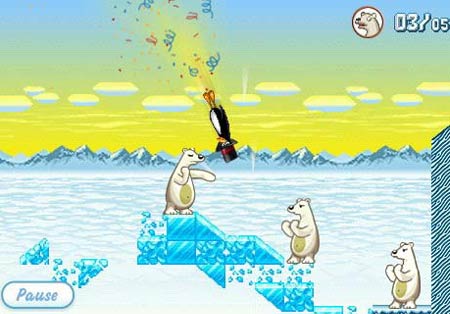 Here you can travel to Antarctica and fight against the pesky polar bears who have taken a handful of penguins captive. And just as the name aptly suggests, Crazy Penguin Catapult lets you defeat the white fur coat menace by catapulting crazy yet brave flightless birds at them. While the free version comprises of just the first 6 levels, the complete edition offers you 50 new levels. 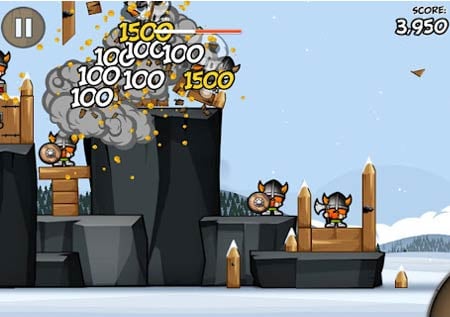 This entrant in our games like Angry Birds roster lets you take on the role of a virtual Siege Commander. Now in order to conquer each level, you’ll have to eliminate the castle defenders and rescue the hostages. You must carefully knock down the vital supporting blocks so that your endeavors are successful with minimum shots executed. Strategy and precise aim are the qualities you need to complete each stage.

There are 200 castles strewn across different ages and more than 10 hours of gameplay lined up right here. You’ll also be able to earn gold and unlock extra looting levels on the treasure map. Siege Hero is available for iOS and Android-infused gadgets as well as online. 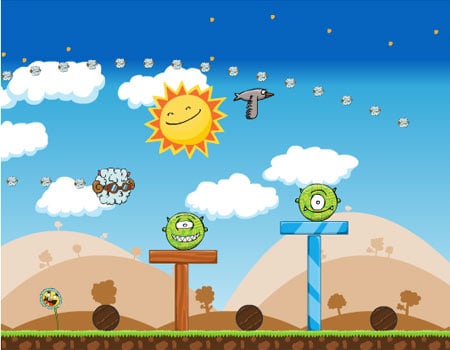 In this game, you’ll find that all the furious barnyard animals have joined forces to defeat the alien menace that’s invading their peaceful home. You have to use the same catapult strategy to get rid of these extraterrestrial beings.

And similar to the Angry Birds avian, these critters are also blessed with individual powers such as boost, explosion and split capabilities. Angry Animals may not be as polished as the game in question but it does have that same smashing charm we all know and love. 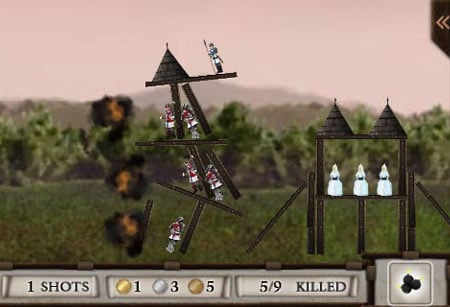 Here’s another inclusion in our Angry Birds like games lineup that’s available on the online terrain as well as portable Apple and Android devices. Now instead of using just any catapult, the weapon of choice here is a trebuchet, exactly like the siege engines utilized in the middle ages.

You have direct orders from the king to demolish all resistance and conquer the lands of Umbria, Dante Flats, The Black Shores, and Betsonia. You’re armed with 8 different projectiles that help wipe out the castles as well as its inhabitants. Some of the game’s features include Castle Editor, 90 levels, different ammo types and achievement medals. 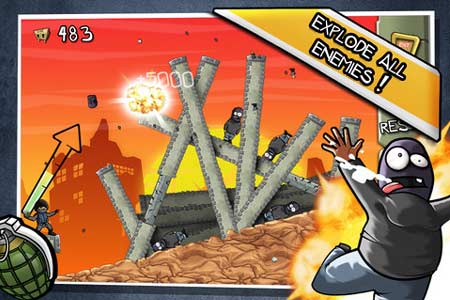 After busting up castles, we now move on to a game that involves masked enemies and fearless grenade-hurling players. Fragger is endowed with 370 challenging levels strewn across a dozen different worlds. You’ll even be able to go up against other gamers from all over the globe by comparing local and global high-scores lists.

And besides exploding onto just the iOS and Android smartphone and tablet terrain, Fragger can also be found lighting up the internet. So pick up your grenade launcher and blow up some baddies. 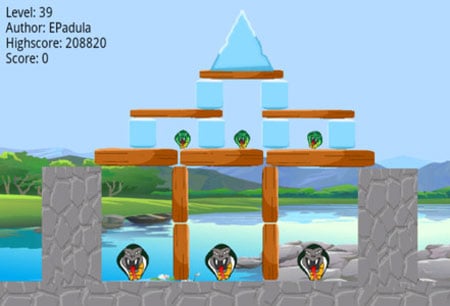 Well, after witnessing the ire of the barnyard sort, it’s now time to check out what the amphibians have to croak about on the Android and iOS devices. Swim to the virtual pond and help the fearless frogs annihilate the sneaky snakes. And don’t think even for one second that these mean green critters are just ordinary swap dwellers. They exhibit over a dozen super frog powers. What’s more, you can also exploit the integrated Level Editor to make your own interesting levels. 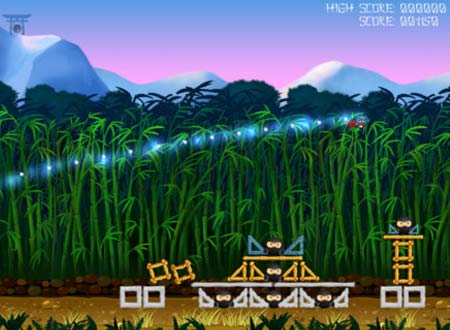 From hurling frogs to playing as a panda, this contender in our games like Angry Birds array allows you to take down the nasty ninja invaders and destroy their camps. Your aim here is to get rid of the scum in the least shots possible. You’ll be bombarded with stunning animated graphics, realistic physics, Chinese and Japanese themes and sounds, zoom in/zoom out support and loads of levels.

Pandas vs Ninjas is extended to different mobile and tablet gadgets like Nokia, iOS and Android devices. 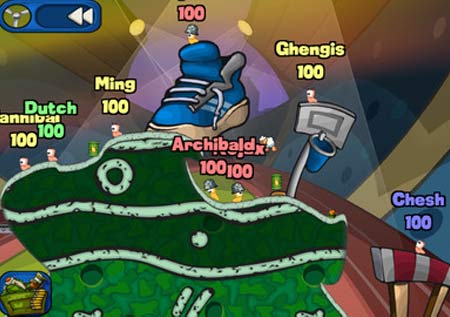 And last but not least is an artillery strategy game that’s created by Team17. This entrant in the acclaimed Worms series hit the XBLA in 2009, and the PSN and iTunes a year later. The console version boasts of online and offline multiplayer as well as new weapons, play modes, landscape themes, single-player content, and speech-backs.

The iOS and Android versions forays onto the scene with comical audio bits, cartoon-style visuals, and a polished control system. The different modes featured here include Campaign, Body Count and Practice as well as multiplayer worms combat.

Angry Birds has been slinging its way around since December 2009. And although developer Rovio Entertainment has been releasing interesting updates and holiday versions to keep fans intrigued, there are many who’ve already mastered the art of flinging and completed all that the maker has to throw at them. So if you’re one among this niche, then we suggest you try your hand at the aforementioned games similar to Angry Birds and leave your preferred names in the comment box below.

Drones – The Latest Tech Taking Off Across Racecourses