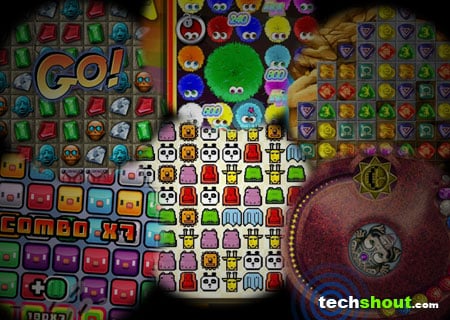 Why list out games like Bejeweled? Well, because you can never get enough of tile-matching puzzlers. Casual gaming has proven to be real stress busters that reduce anxiety and even help sharpen the mind. Developed and published by PopCap Games, Bejeweled slid onto the scene more than a decade ago. And although it’s been over 10 years since its release, the addictive game still doesn’t fail to rope in new followers, both young and old. The beauty of this particular genre is that you don’t need to be a pro at puzzles. Even a novice can quickly get the hang of its gameplay elements. We have compiled a list of 6 games that perfectly exploit the tile-matching category. 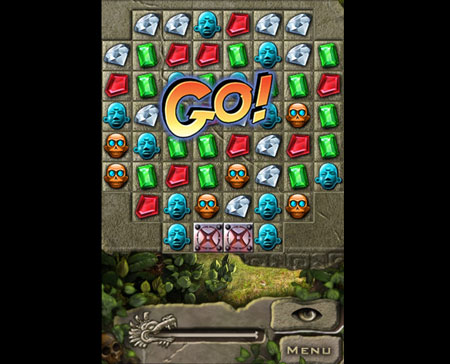 Developed and published by iWin, Jewel Quest first took the world by storm through the PC. It then went on to invade other platforms like the Nintendo DS, Wii, Xbox 360 and iTunes. Sporting the same ‘match 3’ puzzle gameplay, it puts forth a grid that’s speckled with coins, gold nuggets, diamonds, and skulls. You simply have to swap any 2 adjacent tiles, either vertically or horizontally.

The mobile version boasts of including over 140 levels as well as 20 bonus rounds strewn across a trio of hidden quests. Social butterflies can show off their high scores through Game Center and OpenFeint, which in turn can be linked to Twitter and Facebook. 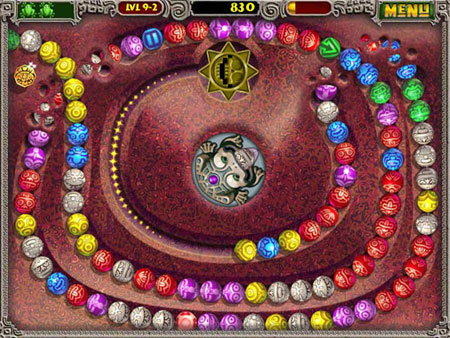 Our games similar to Bejeweled array also features another gem from the house of PopCap. Zuma has been optimized for various platforms such as the PC, Xbox 360, PS3 and mobile phones. The game transports you to Aztec, Mexico, where you have to get rid of all the orbs scattered across the screen. This can be done by strategically firing magical balls from your stone frog statue to create a chain of 3 or more like-colored stones.

There are 13 increasingly difficult levels packed in the Adventure mode. And if you succeed in this endeavor, you can unlock more levels in the Gauntlet mode. Can you survive the ancient temples of Zuma? 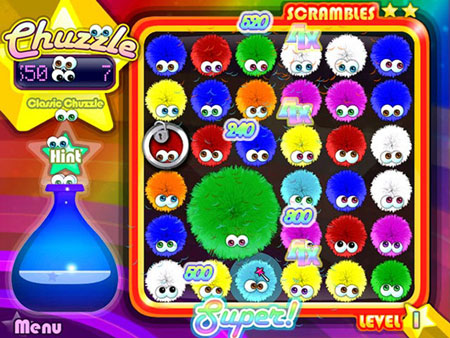 From jostling cold jewels to moving around warm, fuzzy creatures. Created by Raptisoft Games and published by PopCap Games, Chuzzle gets its name from the cute critters that appear on the in-game 6 x 6 tile board. You have to prod, slide and nudge the googly-eyed furballs in order to match 3 or more in a row.

Watch as the fur flies when you indulge in 4 interesting modes namely, Classic, Zen, Speed and Mind Bender. Get familiar with the furries as you pop them all day long in Zen mode or race against the clock in Speed mode. There are cool Chuzzle trophies to be won online, as well. So get squeezing. 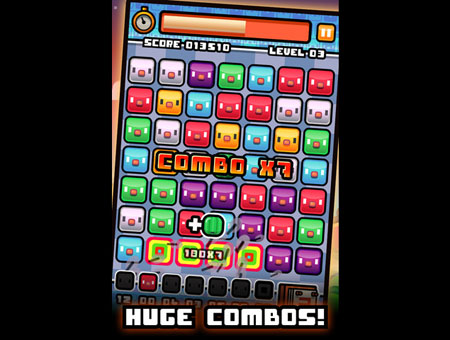 Noted to be a sequel to the iPhone original game dubbed Piyo Blocks, Piyo Blocks 2 enters next in our Bejeweled alternatives roster. Available on iTunes, this magical match-up app bombards your mobile screen with new game modes, clear retina graphics and online multiplayer battles for the competitive crowd. The aim of the game is to match the same colored blocks and acquire the target number before the time runs out.

The maker of Piyo Blocks 2 infuses the portable delight with 6 single-player game modes that suit all types of cravings. These include Time Attack, Hyaku, 3 Second, Endless, Disco, and Piyo modes. All those Tweeples out there who harbor a casual gamer within them can even Tweet their scores once each game is completed. 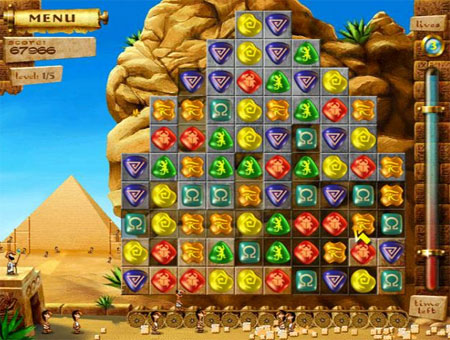 Our lineup now takes you on a ride across the globe to see spectacular sights in the form of the 7 Wonders game. Put your puzzling skills to the test by forming colorful matches that would help build the 7 wonders of the ancient world. Proffering an exciting expedition for gamers of all ages, the game incorporates easy-to-learn elements as well as detailed historical information.

Besides the PC, the game is even fashioned for other devices like Nintendo DS, PSP and PS2. There is also an iPad version of the same, which portrays awe-inspiring structures such as the Great Pyramids of Giza, The Statue of Zeus at Olympia, the Hanging Gardens of Babylon and The Lighthouse of Alexandria. 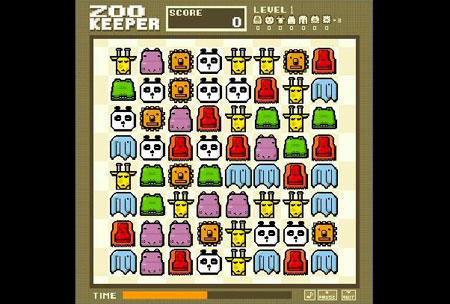 When you play Zoo Keeper, you can expect a stampede of various animals to barge right into the gaming zone. In this fast-paced, match-up game, the zoo creatures have revolted against a very irate zookeeper. Players must restore order once again by successfully capturing the animals. All they have to do is line up similar critters in a row by swapping their adjacent heads across the board. The game provides you with 5 gameplay modes such as Time Attack, Normal, 2P, Quest and Tokoton. As spied in many of the other games similar to Bejeweled, this delight has also been a good friend to many portable players ever since its release back in 2003. It has since jumped onto various platforms such as Game Boy Advance, Nintendo DS, Android, iOS and Nintendo 3DS.

At one time, it was Tetris that got our pulse racing. Since then, games have certainly undergone a huge change. But one thing is for certain, tile-matching puzzlers will always remain on the popular end. Whether you download them on your portable devices or dabble in a little fun through your PC, you can always rely on games like Bejeweled to keep you busy when boredom decides to strike. Do let us know which ones grabbed your attention and kept you busy for hours on end.