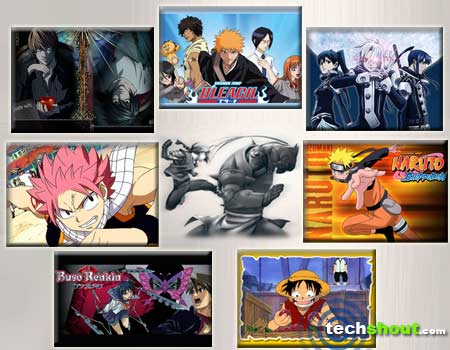 The various anime like Full Metal Alchemist that are lined up here will surely tug at the heartstrings of any anime fan. The series in question oozes with brotherly love, awesome fight scenes, and yes, tons of action, adventure, and drama. These same elements and themes can also be seen resonating from the following options listed below. And if you’re an enthusiast in this aspect, then most of the names here might just sound familiar to you. So if you’ve had a brief brush with some of these gems, you can always check out the rest that is laid out on a platter.

Do science fiction- and gothic fantasy -packed titles grab your attention? Well then, D. Gray-man is just the anime you should get your hands on. The human race is tormented by the dreaded Millennium Earl and his evil followers who are born of lost souls. However, all hope is not lost as the people’s savior emerges out of the darkness disguised as a young exorcist called Allen Walker.

He is blessed with an eye that can perceive the darkest of evils and an arm that strikes down soul-gorging demons. And just like the Elric brothers, Allen is not alone in his slaying spree. He is joined by a band of friends who will stand by his side during the darkest hours of this daunting dilemma.

Speaking of group action, we have recruited another such gem in our anime similar to Full Metal Alchemist roster that shines with the same gleam. Bleach, one of the more familiar titles in the anime and manga world, is filled to the brim with hideous demons and individuals wielding unique superpowers. The storyline here follows the escapades of 15-year-old Ichigo Kurosaki who has the ability to see spirits and ghosts.

One fine day, a Shinigami known as Rukia Kuchiki transfers all her powers to him so that he can fend off the soul-eating spirits called Hollows. However, this act is deemed as illegal by the Soul Society and Rukia is sentenced to death according to the law. Now transformed into a Soul Reaper, Ichigo along with the help of his friends, set out on a journey to save her from her impending fate.

If its ninja action, epic fights and lovable charters you crave then Naruto Shippuden is just the series for you. Also accompanying these elements are bouts of humor, an engaging story and loads of fun surprises that spring up along the way. Here you’ll be introduced to Naruto Uzumaki, a talented youth who has a nine-tailed demon fox sealed within him.

Watch as he and his fellow students namely, Sakura Haruno and Sasuke Uchiha tackle the many hurdles that are thrown their way during the training sessions and even beyond. You’ll also come to love the many fantastic characters infused here like Kakashi, Gaara, Rock Lee, and Hatake.

Get ready to ride the high seas with some delightful pirates in One Piece. This entrant in our Full Metal Alchemist alternatives array features the comical protagonist Monkey D. Luffy and his motley crew who face danger head-on as they navigate the seven seas in search of a fantastic treasure. The coveted One Piece prize is concealed somewhere in the Grand Line by the legendary Pirate King Gold Roger.

Here, you’ll encounter different characters that possess their own unique traits and powers. There’s Nami who’s a master thief and expert navigator, a marksman and inventor Usopp, an archeologist named Nico Robin and Roronoa, three swords wielding expert. So join the Straw Hat Pirates and set sail across a new adventure in One Piece. 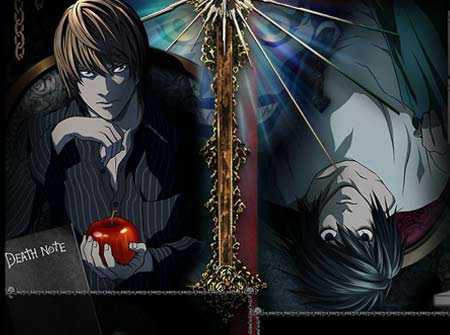 Mystery, supernatural, psychological and thriller are the different ingredients used to whip up a neat little dish known as Death Note. Picture this – an ideal world without evil, no criminals or crimes. Well, it’s certainly the protagonists’ vision in this particular series. And aiding him in his endeavor is a notebook called Death Note from the Death Gods, which allows an ordinary student named Light Yagami to kill anyone he desires.

He slowly takes the law into his own hands and begins killing off one perpetrator after another. The only one who can stop him now is legendary detective L. He must use his wits and logic to get to the bottom of things before it’s too late.

Awestruck by the forbidden art of Alchemy? Well, here’s an interesting inclusion in our anime similar to Full Metal Alchemist lineup that dabbles in the very same secretive science. Buso Renkin features the likes of an alchemic warrior called Tokiko Tsumura who possesses her own Buso Renkin called the Valkyrie Skirt. When a heroic Kazuki Muto attempts to save her from the jaws of a hideous monster, he gets stabbed right in the heart.

Tokiko then infuses the Kakugane into Kazuki, who in turn, forms his own Buso Renkin which is shaped like a spear. This newfound weapon along with his fighting spirit aids him in fighting against the Homunculus monsters who feed off humans.

There’s more wizardry, action, magic, and adventure to be had in Fairy Tail. The storyline here revolves around a 17-year-old mage named Lucy and a youth known as Natsu, who was raised by the dragon Igneel. He is also a member of the coveted Fairly Tail guild.

Once Lucy is introduced into the group, she comes in contact with other interesting characters such as Happy the cat, Ezra, and Gray. They set out on a perilous journey that involves many dangers, in order to find and rescue the dragon Igneel.

Full Metal Alchemist tells the tale of Alphonse and Edward Elric, two brothers who attempt to dabble in the forbidden science of Alchemy in order to resurrect their deceased mother. However, things don’t go according to plan and the duo end up physically altered. Edward loses his limbs while Alphonse’s soul gets transferred into a huge suit of armor. Their only hope now is to find the fabled Philosopher’s Stone. The path that they’ve embarked on is filled with danger, both unnatural and human sorts.

And if you like treats that echo with such adventure and action, something that will put you on the edge of your seat, then you definitely have to check out the aforementioned anime like Full Metal Alchemist. Once you’ve watched the various episodes, don’t forget to revisit this space and leave your suggestions.