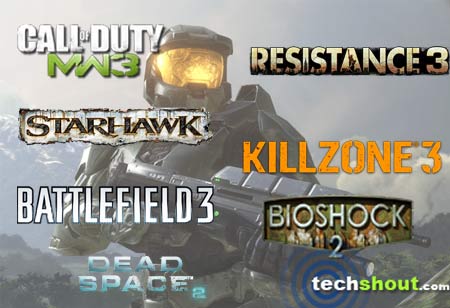 Today we bring you a comprehensive list of games similar to Halo that we hope will eat up lots of your time. The multi-billion-dollar science fiction extravaganza that the franchise is has spawned seven games to date, with the eight one getting ready to release next month. The brilliance that these games exude has made them some of the most widely known and played titles around. All of them – except for one spin-off – are first-person shooters that take place in an awe-inspiring futuristic setting. Such is the legacy of the series that it is considered a killer app for the Xbox 360, meaning that a large number of consumers buy the console only to play the game. But its exclusivity to the said console sometimes bugs those who own PS3s or just prefer playing on their PCs. Hence, we’ve brought you a list of titles that look and/or play similar to it. 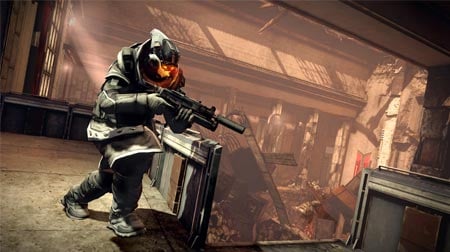 The Killzone series many believe is the PlayStation’s answer to Halo. Superb FPS mechanics, a well-realized futuristic setting, and unrelenting gunplay are some of the features common to both. Killzone 3, which was released in February last year, concocts some really memorable moments thanks to its story.

As far as its gameplay is concerned, this game delivers significantly crafted gun battles that are taken to new heights by sequences that involve jetpacks. It is exclusive to the PS3 and can be played using the console’s usual controller as well as its PS Move accessory. And if you happen to own a compatible TV, you better gear yourselves for stereoscopic 3D visuals. 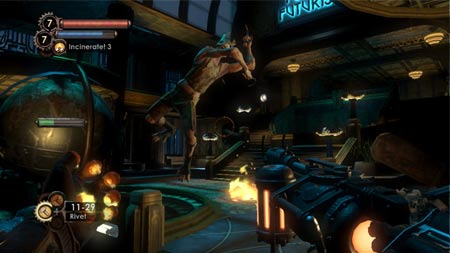 If you’re looking for one of those games that contain rich narratives and move you from within, you should go for BioShock 2 without looking any further. Like its legendary predecessor, this one’s also set in the fictional underwater dystopian world called Rapture. Its environments that are modeled along a dieselpunk art-style are a treat to gaze at. But a game cannot be completely judged based on its visual appeal.

That’s where its superb first-person shooter mechanics come in. BioShock 2 is a treat to play not just for those who’ve played the original title, but also for those who’re new to the series. Its diverse array of weapons and powers is something that makes it a suitable choice for this roster of games like Halo. 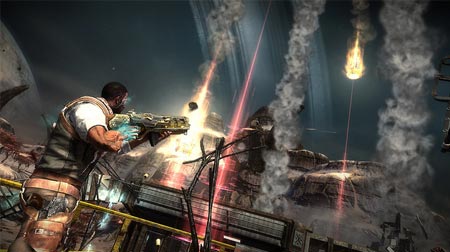 Starhawk is by no means an FPS game. However, it’s a shooter that features Halo-like qualities in the form of its sci-fi narrative and its diverse multiplayer options. A unique factor that this game possesses is its Build n Battle system which grants you the ability to spawn structures like bunkers, defenses, and armories even when you’re in the middle of frenzied gunfights.

Aerial battlefields are another one of its highlights, with dogfights that are utterly exciting to jump into. Starhawk is available exclusively for the PS3, and apart from its single-player mode and it’s online multiplayer, it even kicks in a co-op mode with local split-screen support. 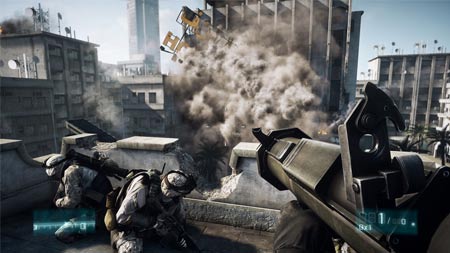 Battlefield 3 is an FPS fan’s bread and butter. It is the game which has taken the series to whole new heights thanks to its unique offerings. The game takes place in a modern setting, but its diverse array of weapons and its stellar multiplayer experience indeed appeal to fans of Bungie’s series.

Apart from that, this game also kicks in an engrossing campaign spread across the globe and a co-op mode for those with a liking for team-play. It is available to purchase now for the PS3, Xbox 360 and PC. 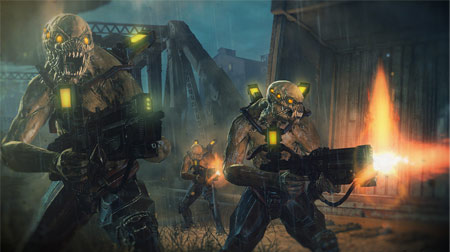 When Resistance 3 came out for the PS3 last year, it turned out to be a fitting closure to the immense trilogy created by Insomniac Games. With its first-person shooter attributes, it takes you deep into the story of an alien invasion in an alternate reality world set in the 1950s. This entry to our catalog of Halo alternatives features a heavy array of unique weapons that are a treat to wield.

Another thrilling aspect of Resistance 3 is its incredibly polished visual appeal which is complemented by a sepia tone to keep things stylized. Compatibility for stereoscopic 3D and the PS Move accessory complete its offerings. 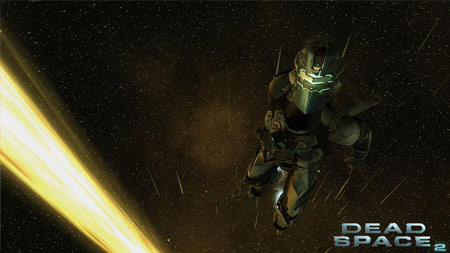 Another third-person shooter in this list is Dead Space 2, the survival horror offering from Visceral Games which came out last year. This wonderfully crafted game takes place in a distant future, wherein you must battle Necromorphs who’re monsters created from corpses and an alien virus.

This sixth addition to our roster of games like Halo grants you diverse experiences all throughout its story. Moreover, it has even got a unique multiplayer mode that can devour hours of your time in a go. 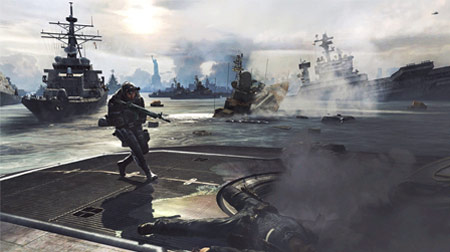 Surely, no fan of the Halo series should miss this one. It’s one of the finest first-person shooters out there. It is also one of the highest-selling games of all time and kicks in the elements to justify it. Modern Warfare 3’s shooting mechanics are just plain perfect, and this makes it a delight for you to play it.

Its modern weapons, memorable characters and a multiplayer mode which sets benchmarks for games to come, are just some of its highlights. Call of Duty: Modern Warfare 3 can be purchased now for the PS3, Xbox 360, PC and the Wii.

Those were all the submissions we’d like to make for this catalog of games similar to Halo. All of them are a great deal of fun, so make sure to play as many as you can. And do get back to us with your opinions on them.