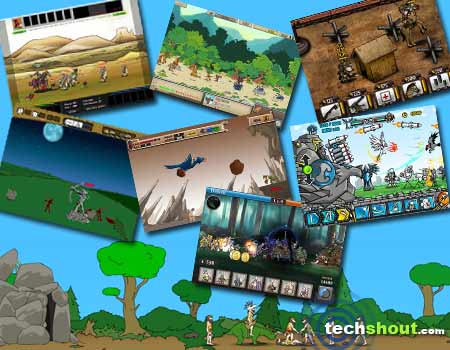 When you think of games like Age of War, what really comes to mind? Is it the tower defense aspect? Simple 2D destruction or a bit of strategy, perhaps? Well, whatever it may be, these sorts of games have never failed to excite us. They provide a virtual battlefield where you can call on hoards of troops, each armed with a special ability, all in an endeavor to defeat the enemy forces. Your aim here is to annihilate their base with your artillery and manpower before the foes can encroach upon your own safe zone. Sounds exciting? Well, read through our list to know more about the different games that are scattered across this particular category. 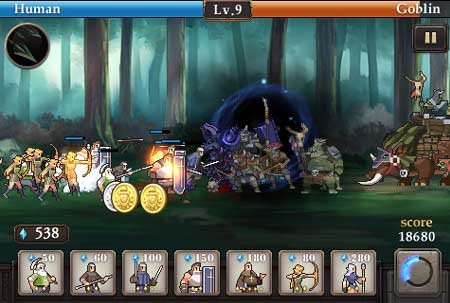 We begin our lineup with a game that’s fashioned exclusively for the iPhone, iPod touch and iPad. This means all you Apple enthusiasts will be able to take complete advantage of the Crystal War anywhere, anytime. Looked upon as a real-time simulation game, it further includes enticing strategy and defense elements. The storyline here features the alliance of humans and elves as they join forces to retrieve the land back from the goblins.

You can mine the crystal, cast different spells, collect blue orbs for short skill cooling time, and upgrade the crystal skill and mine workers for gaining that crucial edge over your enemy. You’ll also be able to reveal new units with gold and upgrade them as well. These shiny pieces can be earned during the course of the battle. The Crystal War game can be yours by shelling out just under $3. 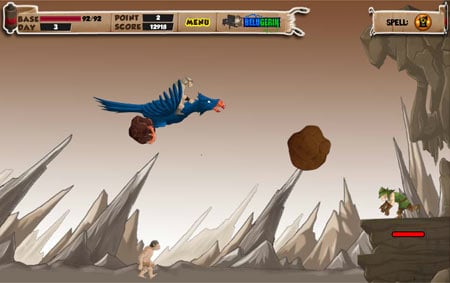 From the portable segment, we now jump onto the online section with a game christened Age of Defense. This inclusion in our games similar to Age of War roster endows your brave warrior with 3 types of weaponry options namely, arrows, guns and the ability to throw objects. Your main objective is ‘to protect your base from the enemy onslaught at all cost.’

The attack can come on foot or by air, so be vigilant at all times. Unlock different bases, backgrounds, special weapons, special effects, and weapons along the way. You can utilize the keyboard keys and mouse to unleash your fury on the approaching enemies. 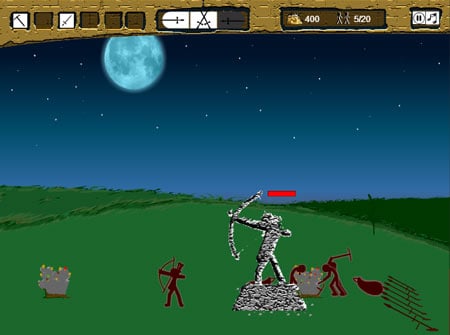 In Stick War, you’ll be transported to a world known as Inamorata, where each nation has its own unique defense and attack strategy. Here, you’re crowned leader of the ‘Order’ nation and must attack the surrounding lands in order to gather their knowledge and technologies. You can conquer states like Magikill, Speartons, SwordWrath, No Man’s, Ice Hills, Archidon, Westwind and Pertland. Choose from different difficulty options such as normal, hard and insane to see just how far you can go when the odds are stacked up against you. And as the name aptly suggests, the in-game characters are all stick figures. 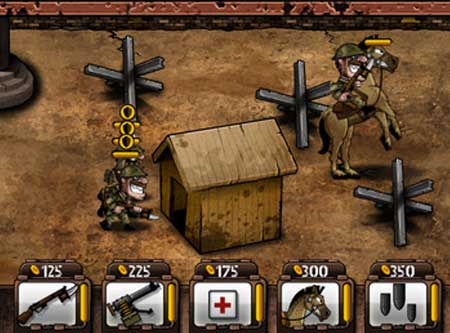 Our Age of War alternatives array continues with the mention of another noteworthy iOS game. Dubbed as Trenches II, the game calls on all iPhone, iPod touch and iPad owners to join the fight and ‘dig for victory.’ In this engaging sequel from the house of EA, you’ll see more nations coming into play here as well as additional treacherous battlefields along with brand new troops and artillery.

It’s time to hit the trenches once again and lead your troops through a campaign that unfurls across more than 50 locations around Europe. Decide whether you want to side with the Germans, French or British and avail of Global Multiplayer campaigns or even Bluetooth and Wi-Fi enabled multiplayer modes. 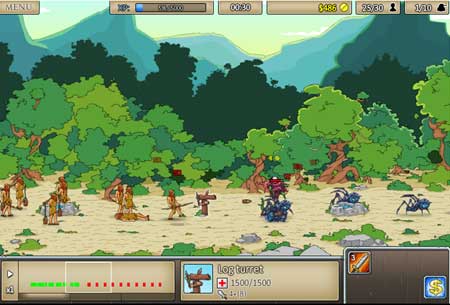 You can choose from 4 difficulty levels namely, easy, normal, hard and insane in the Army of Ages. What’s more, the interesting tutorial at the very beginning of the game is enough to pique your interest. Your goal here is to destroy the alien invasion that emerges out of a creepy-looking spaceship in the form of hideous creatures.

You’re further called on to evolve your base by building and controlling more than 50 units and turrets. Gain money and experience points in order to defeat the menace at hand and move on to the next age. 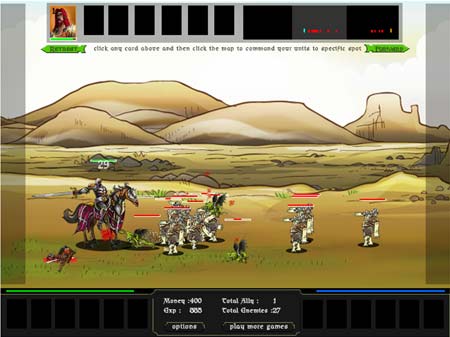 There are around 5 iterations in the Epic War series to date. However, it’s the third installment that makes the cut in our games similar to Age of Ware roundup. The maker of Epic War 3 lets you ‘charge into battle once more,’ and personally leads the attack on the enemy forces.

You can exploit your deck in order to fire comets and other such deadly attacks upon your foe’s castle and troops. Earn money and experience points while you hack and slash your way through the title. 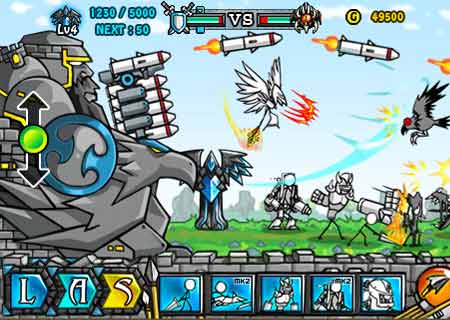 After bringing forth a couple of mentions that catered solely to iOS device owners, here’s one that’ll bring out the dormant warrior within Android-infused gadget users. Cartoon Wars 2: Heroes features some more stick figure action as well as real-time strategy and defense elements.

The game in question is packed with 6 upgradable heroes, 80 unit types, 10-20 levels of defensive Castle upgrades and a trio of gameplay modes namely, Hell, Quick and Special. Although the game is free to acquire from Google Play, Apple loyalists will have to part ways with just under a dollar for the same.

The aforesaid games like Age of War let you tackle the approaching menace one by one until none are left standing and the enemy base has been infiltrated. They all include an amalgamation of defense and strategy elements – a great combination to exploit either through the PC or your portable iOS or Android-infused device. So go ahead and build turrets while sending your forces out for the kill. Give it your best shot and return to this spot bringing tales of your victory. You can pen down your escapades and your preferred options in the space allotted just below.