RPG fans on the lookout for games like Mass Effect have stumbled upon the right place. We have formed a nice little bundle comprising of games that are packed with action role-playing elements. However, they each are categorized under different themes, settings and not to forget, their own special attributes that give them a unique spark. Gamers who’ve spent hours immersed in the Mass Effect games will definitely want to get their hands on any or all of our picks. So if that niche includes you, read on. 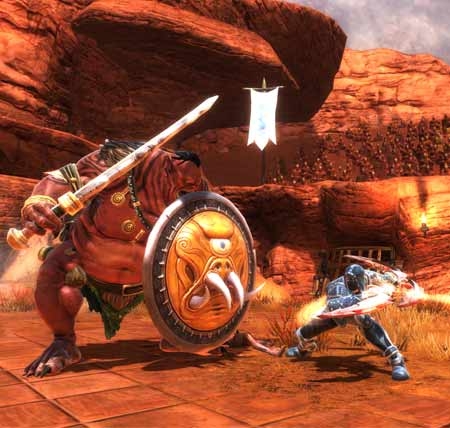 Our first contender is a game that offers not only action RPG elements but also an open world and hack and slash attributes. We’re talking about Kingdoms of Amalur: Reckoning, a game that graced the scene earlier this year. According to developer 38 Studios, you can ‘choose your destiny in the massive and mysterious world of Amalur.’

Embark on a journey that’s filled with peril and do whatever it takes to shape your fate. Along the way, you can take advantage of various in-game features like character customization and advancement systems. 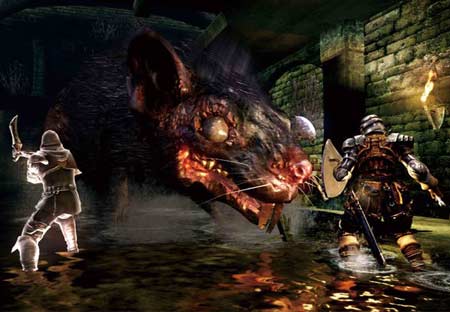 Like Reckoning, Dark Souls is also noted to be an open-world game that’s crafted for the PS3, Xbox 360 and PC. Prepare to be enveloped by a dark fantasy universe that’s filled with vertically-oriented landforms, unique online interactions and loads of places to explore. The game is fashioned by the same creator that brought forth the Demon’s Souls. So, players familiar with the game will know exactly what to expect in Dark Souls. And for those who aren’t, well the game also boasts of incorporating powerful demons and dragons, murderous traps, grotesque monsters, a mysterious storyline, and tense dungeon crawling. 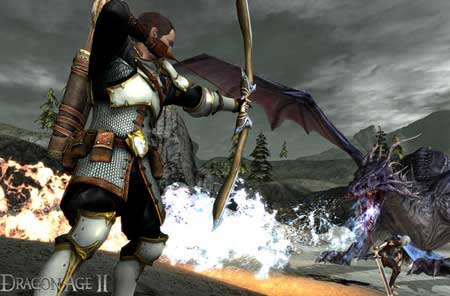 The next inclusion in our games similar to Mass Effect array is another title that emerges from the house of BioWare. Dragon Age II provides players with an exciting RPG game that resonates with fantasy elements. The events are set in a mythical world of Thedas and follow the story of Hawke as he becomes the Champion of Kirkwall.

You’ll be able to experience the legend that spans across 10 years in the Dragon Age universe timeline. During this time, Hawke will have to amass fame and fortune, form important allies and even make tough moral choices in order to etch his name amongst the other worthy warriors that have left an impact on history. 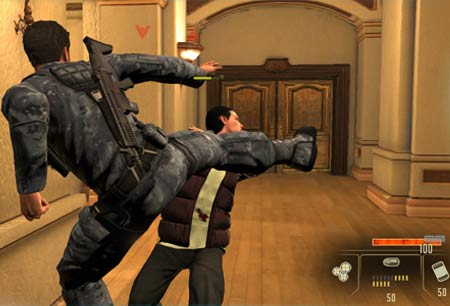 From fantasy-themed games, we now move on to an espionage role-playing game that’s set in the modern world. Developed by Obsidian Entertainment and published by Sega, Alpha Protocol lets gamers make tough decisions and accomplish different objectives, all of which will have dire consequences further on in the game. They will also determine what type of agent Michael Thorton will turn out to be.

What’s more, you’ll also have to rub shoulders with various factions such as the CIA and the VCI Initiative. Additionally, you can exploit the in-game character customization feature to properly get into your role as a secret agent. 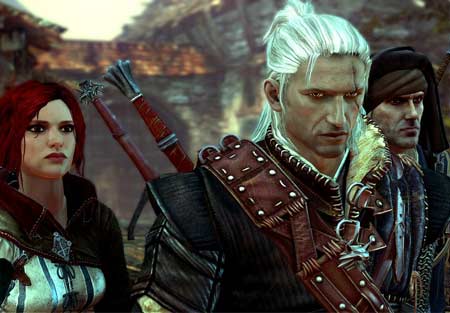 Craving for more hack and slash goodness? Well, feast your eyes on The Witcher 2: Assassins of Kings which unleashed just a couple of months ago. The storyline is described to be of the expansive, immersive, and mature non-linear sort, according to the maker. It further claims to proffer more than 40 hours of intense gameplay as well as 4 different beginnings and 16 varied conclusions.

All the choices you make will have a diverse effect on the in-game relations with communities and other characters. Even the political situation in the Northern Kingdoms might be affected, so choose wisely. 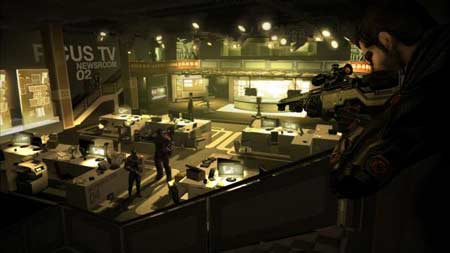 If you’re on the lookout for more stealth games like Alpha Protocol then we suggest you throw a glance at this particular entrant in our Mass Effect alternatives lineup. In Deus Ex: Human Revolution, the choices you make will have lasting consequences on the game.

The storyline is based in the year 2027 and puts players in the suit of Adam Jensen. Get ready to experience a game that’s centered on the rise of corruption, human survival, poverty, and espionage. 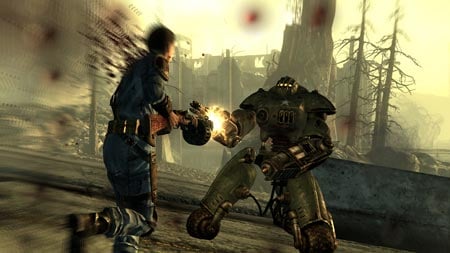 Developed by Bethesda Game Studios, Fallout 3 is an open-world action RPG and the third iteration in the Fallout series. You’ll be transported to a ravaged Washington, D.C. to take part in events that occur over 200 years after a nuclear war.

Stay constantly on your guard as the dangerous plain is crawling with raiders, super mutants, ghouls and other monstrosities. Fallout 3 released back in 2008 for the PS3, Xbox 360 and PC. 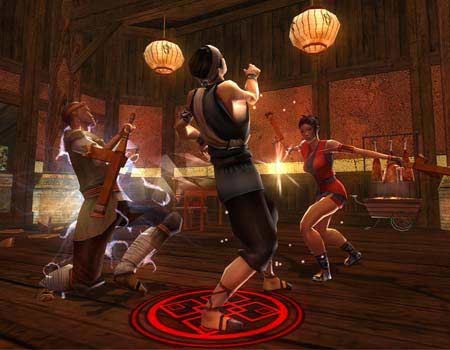 In Jade Empire, you’ll be able to feel what it’s like to be an aspiring martial arts master. You would have to follow the path of the open palm or the closed fist in this action-RPG title. You can either shine as a noble hero by preventing the destruction of the Jade Empire or turn out to be a treacherous villain who’s out to crush the land and its inhabitants. Jade Empire also features a host of fascinating characters, an engaging story, and beautiful lands to explore. It’s also sprinkled with real-time combat elements. 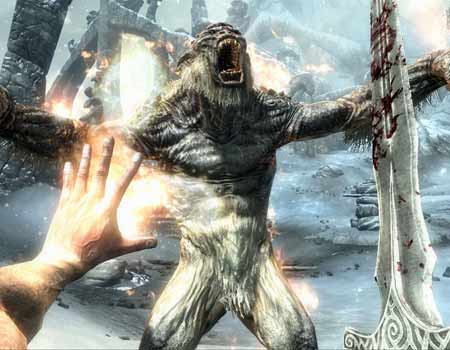 Adding to the list of open-world inclusions in our games similar to Mass Effect roster is The Elder Scrolls V: Skyrim. Another gem from the barn of Bethesda Game Studios, this one hit the scene just last year and was compatible with the PS3, Xbox 360 and PC.

The game is set 2 centuries after the events in Oblivion. Learn the secrets and harness the power of the ancient dragons. You’ll even have a variety of spells, weapons, and abilities at your disposal. There is also a new character system that enables you to define yourself by the actions you take. 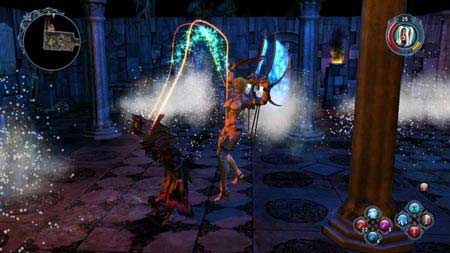 The final game employs a fantasy setting that’s packed to the hilt with action RPG elements. It gives gamers the liberty to explore a dynamic world and even indulge in 2 campaigns where they can play either as the Light or Shadow side. There are half a dozen playable characters and modifiable combat arts to avail of. The online modes include PvP, cooperative and PvE play. Jump into the engaging multiplayer mode via the internet, LAN or Xbox Live.

The 10 games like Mass Effect will surely appeal to fans of the acclaimed BioWare series in one way or the other. And besides just expecting plain sci-fi elements, you’ll get much more than you’ve bargained for. There are games soaked in fantasy and modern-day themes as well as fantastic characters. So which ones have you already played and which ones are stacked up next in line? Let us know what you think by dropping in a comment or two.