The 10 games like Zelda we’ve picked out simply ooze with action-adventure elements. The game that started the sensation namely, The Legend of Zelda, hit the scene way back in 1986. For all those hardcore fans of the acclaimed franchise, there may not seem to be any replacements around town. But you’ll be surprised at the number of worthy contenders that are scattered across the gaming terrain. We’ve gathered a bunch of 10 games that fit the bill. Have a look. 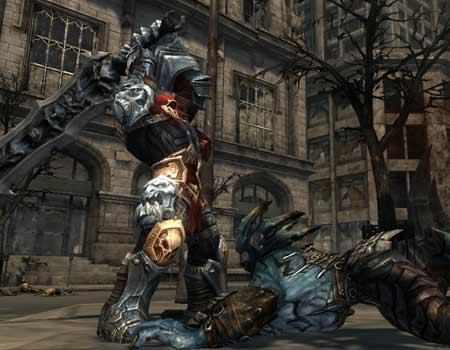 Developed by Vigil Games and published by THQ, our first game is christened Darksiders, a game that released in 2010. As predicted, it’s an action-adventure game that’s fashioned for the PS3, Xbox 360 and PC. Players get to saddle up and ride on an exciting adventure as War, one of the four horsemen of the Apocalypse. The storyline employed here is set a whole century after the biblical Apocalypse takes place. You’re called on to traverse through expansive dungeons and eerie places just to strike a balance between the forces of heaven and hell. 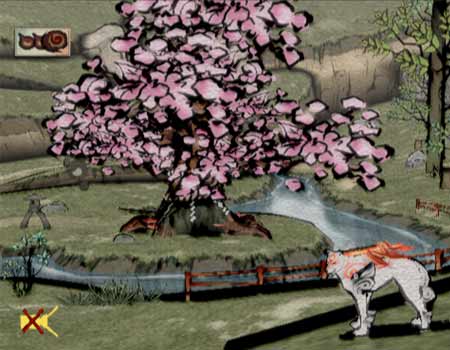 When Okami pranced across the PS2 and Wii systems just a few years back, Zelda fans were seen rushing out to pick up their copy of the game. Why? Well, the game in question boasts of incorporating familiar gameplay elements as well as an amalgamation of platform, action and puzzle bits – all the ingredients that made Zelda a great game.

The storyline featured here tells of the Japanese sun god Amaterasu, who transforms into a wolf to bring color and life back to a ruined world. It’s packed with a traditional Japanese art style that’s intertwined with folklore. Take up the Celestial Brush and utilize the magical abilities of the deity to successfully complete the game. 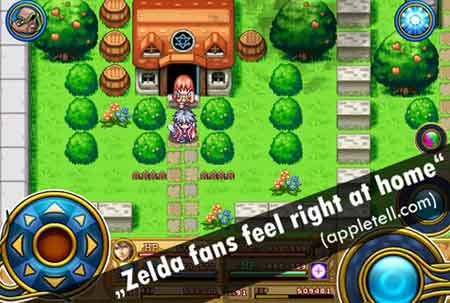 Get ready to be treated to a dollop of nostalgia as Across Ages strides into our list of games similar to Zelda. It brings the 16-bit goodness to the portable terrain along with old school 2D action RPG elements. According to the developer, Across Ages provides fans with 15 hours of classic gameplay, anime cut-scenes, diversified locations, an exciting story, and a foot-tapping soundtrack.

During the game, you can toggle between 2 characters namely, magician Ceska and swordsman Ales. Step into a journey where you’ll be able to walk on ice, make friends along the way and even create paths by burning bushes.

4 – The Binding of Isaac 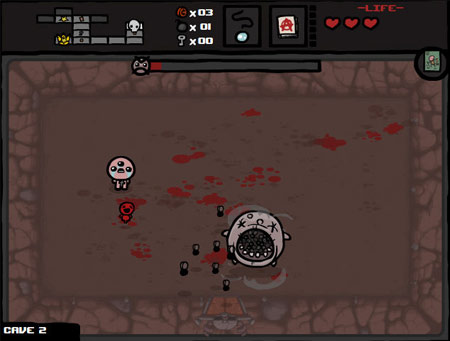 Here’s a game that employs a similar interface and gameplay attributes as seen in the Zelda games. We’re talking about The Binding of Isaac, a randomly generated action-adventure RPG shooter that features heavy Rouge-like elements.

You’ll be bombarded with loads of eerie dungeons and more than 20 bosses as well as over 100 interesting items that will alter your appearance and give you powers. Furthermore, the game is infused with 3 unlockable classes, 4 full chapters that take place over 8 levels and more than 50 enemy types to fend off. 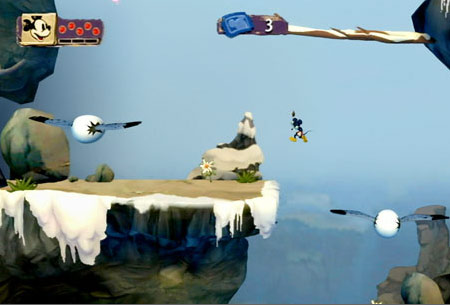 As the name reveals, Epic Mickey lets players follow the escapades of the iconic Mickey Mouse as he sets out on an epic journey of discovery and creativity. You can use the paint and paint thinner in order to alter the alternate world you’ve been transported to. Here ‘playstyle matters,’ so be careful about the choices you make along your quest. Explore a new Disney universe that’s ruled by Oswald the Lucky Rabbit. What’s more, Epic Mickey is a mix of action-adventure, platforming, and light RPG elements. On completing specific challenges, you’ll be awarded more than 75 virtual Disney pins. The game was released exclusively for the Nintendo Wii back in 2010. 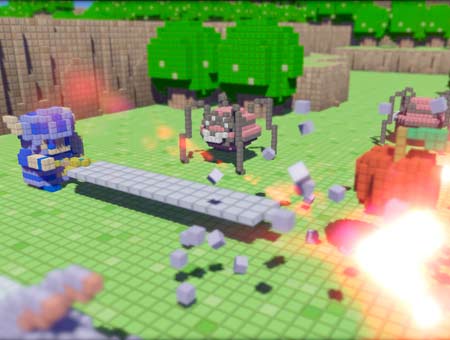 The classics and all things associated with them still seem to be garnering the attention of many gamers out there. After announcing the 16-bit sweetness of Across Age, this particular entrant in our Zelda alternatives roster brings forth 8-bit style graphics and is, of course, categorized under the action-adventure genre.

This PS3-specific game scurried across the platform back in 2010 and had a lot of Zelda fans glued to their systems and television screens thanks to its 2D retro graphics strewn across a 3D environment. Players can solve puzzles, explore dungeons, battle enemies and even collect items all along the way. Developed by Silicon Studio, the game transports gamers to the Dotnia Kingdom where they are tasked with defeating the dark forces that threaten the peace of the land. 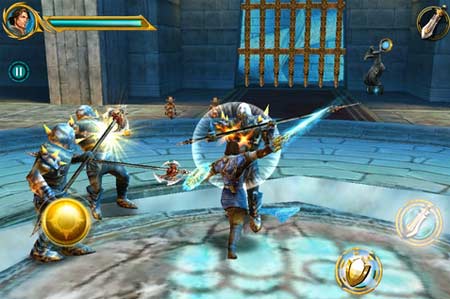 In Sacred Odyssey – Rise of Ayden, gamers must gain supernatural powers and annihilate the demonic dark lord Amonbane. But in order to do this, iDevice owners have to first reunite the 4 fragments of Uryah’s Grail. You can travel to places like the icy Temple of Altemagus, the Plains of Urvale and the volcanic Firepitch Keep in Sacred Odyssey.

And although you’ll begin with a simple sword, you will be able to acquire new abilities and weapons soon enough. The protagonist Ayden will have to make tough decisions throughout the game but you can be sure that Princess Lyanora will be there to help him along his journey. Sounds familiar? 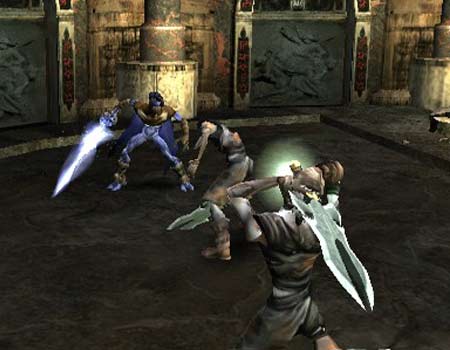 The legacy of Kain: Defiance is looked upon as the fifth and final iteration in the Legacy of Kain series. It was released nearly a decade ago for the PS2, Xbox, and PC. In this particular installment, both Kain and Raziel hit the scene as playable characters. The 2 rivals must join forces in order to successfully defeat the evil Hylden. The chapters embedded here take you through a universe that’s packed to the hilt with intrigue, action-adventure elements, and conflict. Indulge in fast-paced battles against hordes of monsters along the way. 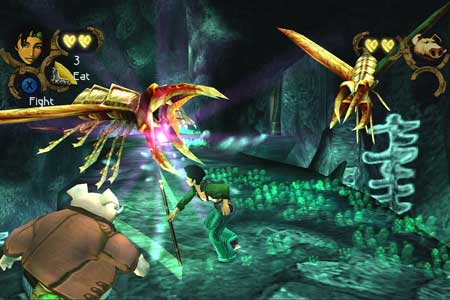 Evil tries to triumph yet again in Beyond Good & Evil. The next inclusion in our games similar to Zelda array is published and developed by Ubisoft. Although it made its way to the gaming scenario via the PS2, PC, Xbox and GameCube nearly 10 years ago, the game was recently fashioned to be compatible with the PS3 and Xbox 360 via the PSN and XBLA, respectively.

Dive straight into 12 hours of intense action as you embark on a journey with Jade and her pig Pey’J. Action-adventure at its best, the game sports various attributes such as puzzles, shooting sequences, epic boss fights, hovercraft piloting, stealth, photography and classic platforming. 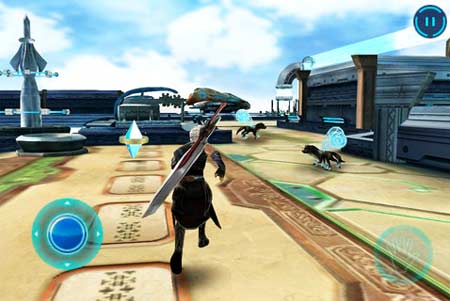 You can further interact with the in-game characters, the environments and even pick up items along the way. There are loads of sub-quests to perform and puzzles to solve in this portable gem. You’ll even get to fly your own ship according to Gameloft, the maker of Eternal Legacy.

Although the first game in the Zelda series released in the mid-’80s, gamers still remain in awe of the franchise and all its goodies that were unleashed across various platforms. And the action-adventure genre has been so popular that you’ll still find gamers scouring the internet searching for more such gems to satiate their appetite. Well, here you have all the games like Zelda lined up neatly. Do let us know if you have a few names to add to our aforementioned list.