Although there are a few alternatives to Netflix, we must insist on saying that the service has yet to find the ultimate rival. The company has built its reputation on years of promptly delivering DVDs by mail and also has its bases covered with online streaming. Many brands are looking to get in on the game with equally competitive, if not better, services. So if you’re here hunting down other sources of entertainment because you don’t like the concerned company’s mainstream catalog, prices, choice of indie movies or some random minute detail we can’t quite guess at, here 5 good options and then some more – 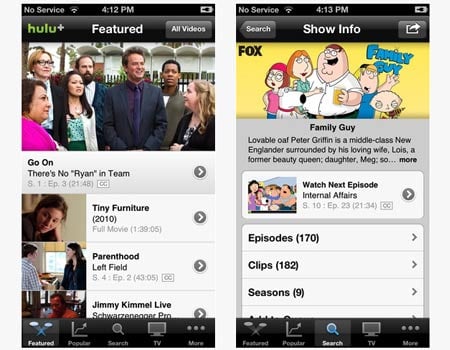 As it is with any good service, you don’t have to make up your mind about Hulu Plus right away. You can first sign up for a week-long trial without shelling out a penny and then decide on whether you like it or not. A tie-up between ABC, NBC and Fox, the company has a list of TV shows and movies which is very long. It sort of makes up for that by rendering you TV shows the day after they’ve aired on the networks backing the service. From the original programming angle, The Awesomes, Behind the Masks and The Wrong Mans are lined up for this year. 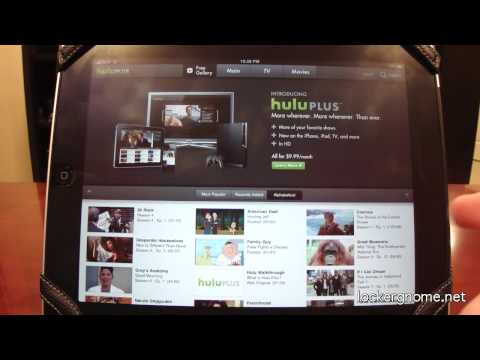 We’re also giving it a thumbs up for the overseas choices which will make it to the library – Fresh Meat, Prisoners of War, Pramface and Braquo. iOS app? Check. Android app? Check. So you can also take your entertainment with you as long as you have a subscription. The iOS application has even been enhanced with parental controls in the form of Kids Lock for iPad. The feature delivers advertisement-free programming from the company’s roster of content for children. 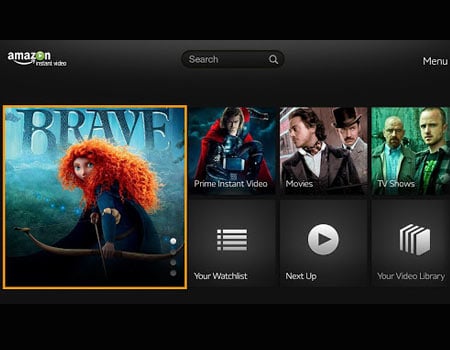 We get it, the idea of having to watch commercials made you skip to this next contender in our services like Netflix roundup. There are 3 things to look forward to when you sign up for Amazon Prime membership – free 2-day shipping, prompt access to Kindle eBooks and most important of them all, Instant Video. The last-mentioned will currently allow you to choose from a collection of over 2,00,000 TV shows and movies for free streaming. If you want these for keeps, you can also purchase select titles. You will have to cough up the dough for streaming stuff that does not come under Prime eligibility though. Also, the total number of programs and flicks available through Instant Video is much higher than the aforesaid number. 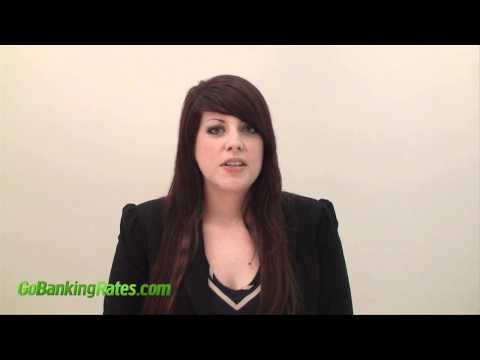 Courtesy of Amazon Studios, 14 fresh pilot episodes of brand new shows are being offered for free streaming. Depending on viewer reception, the company will choose to make full seasons out of some or all of the programs that cover Onion News Empire, Betas, Alpha House and Dark Minions amongst others. That’s sorted in the original content department then. Amazon is so bent on beating Nexflix to the game, it has some cool deals like Amazon Mom, a Kindle Fire promo and Amazon Student each of which delivers various benefits of Prime membership to users. What’s more, the retail giant has also put out mobile apps for Instant Video in Google Play and iTunes.

Price: $79 per year Prime subscription, or rentals/purchases priced individually if you haven’t signed up 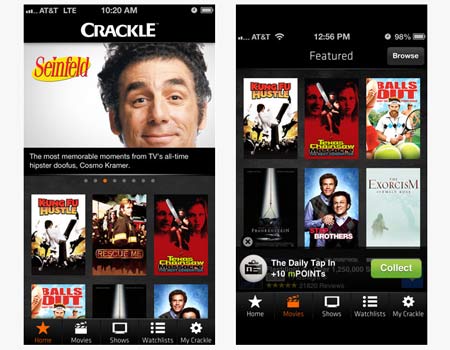 Got no change to spare for entertainment? Crackle isn’t a bad option. It has a collection of titles you can stream and watch for free on various devices including Android and iOS. One thing to note is that all this content is uncut, another way of saying uncensored. Since Sony owns the service, you must naturally expect the catalog to contain a limited selection. And if you love anime as much as we do, you may be happy to hear that it has Animax content too. In terms of originals, the company serves up Trenches, The Bannen Way, Strand Street, Monster Heist, The Unknown and Chosen. Apart from the limited pickings, you will also have to sit through the bane of similar free services – advertisements. But the keywords here are ‘free entertainment.’

A Walmart-backed service, Vudu sits pretty fine among all the available entertainment sources similar to Netflix. It even manages a one-up over the other with the promise of streaming films the day they come out on DVD. On the other hand, it takes 28 days for the latter to get the same in DVD and a year or more to start streaming it. Vudu even promises all of the latest releases in HDX (1080p HD with Dolby Digital Plus surround sound audio). But you need a bandwidth of at least 4.5Mbps for this. And it’ll be HD streaming for users who subscribe to a 2.25Mbps or higher connection. There’s even an SD streaming option on the board. The service does not work on a subscription basis and you pay as you watch here. 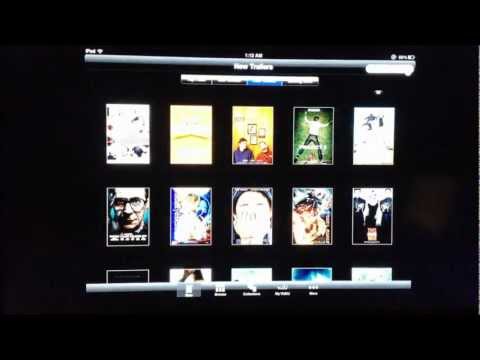 Keep an eye out for money-saving deals like the 99 cents Movie of the Day, meaning you only pay $0.99 to rent a flick in SD, HD or HDX quality. You get 10 free movies when you sign up for a Vudu account and also a prompt to create an UltraViolet account. For those of you who are unfamiliar with the term, UltraViolet is basically a cloud locker for storing your movie library so you have access to it from anywhere and on any compatible device. You can stream anything stored in this account on Vudu for free. 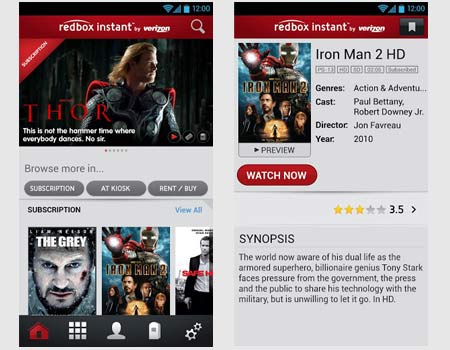 The cool red kiosks which started making an appearance here, there and everywhere a few years ago, have gone digital. Verizon dived headfirst into the video streaming business by backing the venture and announcing Redbox Instant in March. Compared content-wise to the service of the hour, it has a long way to go before it can be considered a worthy rival if you look at the fact that it has less than 5000 films on offer. Additionally, you’ll only be able to get your fix of movies from Instant since TV shows are not part of the menu as yet. You can sign up for a month-long trial that covers 4 DVD rentals from the kiosks and unlimited streaming. 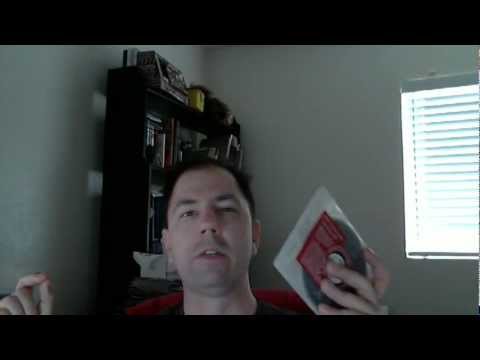 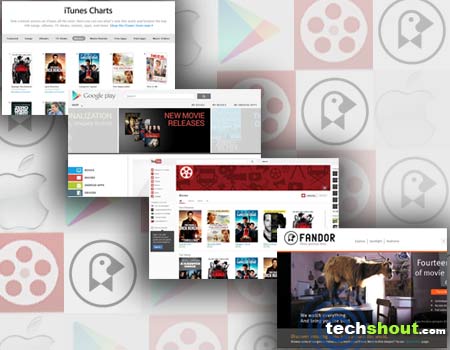 Apple has been making a good business of renting out and selling the best of flicks and TV shows through iTunes for quite some time now. When considering this candidate in our solutions like Netflix roster, the amount of money you’re willing to spend is the big question here.

Well, Google’s got into the arena too and with the number of devices running on Android, the company could be pulling in a lot of cash on the movies and TV programs front.

While Vimeo is yet to take the mainstream route while offering movies, YouTube already offers films for purchase or on rent. When you rent a title, you’re generally allowed about 30 days to start and 24 hours to finish watching the flick as many times as you want. The system requirements cover Google TV, tablets at least running Honeycomb and Android smartphones, apart from a good internet connection.

If you’re actually on the hunt for a larger spread of indie content than the present competitors have to offer you, Fandor is the answer to unlimited viewing at $10 per month. It even has a free 14-day trial deal to let you taste its wares before subscribing.

Didn’t find a viable option for movie nights from these alternatives to Netflix because of budget restrictions? You could probably try the local library. For those who prefer to take their entertainment with them wherever they go, there are several other services like HBO Go (subscription to channel required), NimbleTV, U-Verse On Demand and XFinity TV Player for you to consider. Also, some other options worthy of a quick mention include Showtime Anytime, Blockbuster On Demand, Epix and CinemaNow. So what did you think of our collection of services to satisfy the TV buff in you? Do tell us about it in the comments section below.