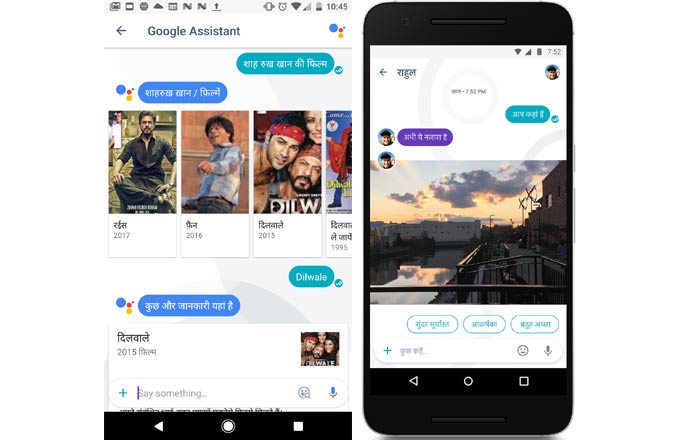 Google had promised to update Google Assistant and Smart Reply in Allo with Hindi support a few months ago without specifying when exactly this would come to pass. That day has finally arrived, as the brand has begun rolling out a new upgrade which will add the language to its app’s roster.

Google claims India has one of the largest populations of Allo users in the world. A number of those people would probably prefer to interact with the app in Hindi when trying to get things done with Assistant. Now they can, with the company promising that the digital AI will be able to understand and respond in that tongue.

As always, individuals just have type @google to summon Assistant into a chat to request a game or pull up restaurants in the area. They can also chat one-on-one with it in Hindi by issuing a ‘Talk to me in Hindi’ command or manually adjusting the language settings.

Even Smart Reply is getting a dust-up in the form of Hindi replies. The feature automatically generates a response to a message or media based on machine learning algorithms, letting consumers send out a reply with just a single tap. Google claims the function is utilized by more than half of Allo users every day.

From now onwards, Smart Reply can answer questions like ‘Kya haal hai’ with ‘Sab theek hai,’ saving people the hassle of typing it out themselves. Google is currently beaming out the new update to Android and iOS and promises it’ll reach everyone over the next few days. You can download Allo via the Play Store or App Store.