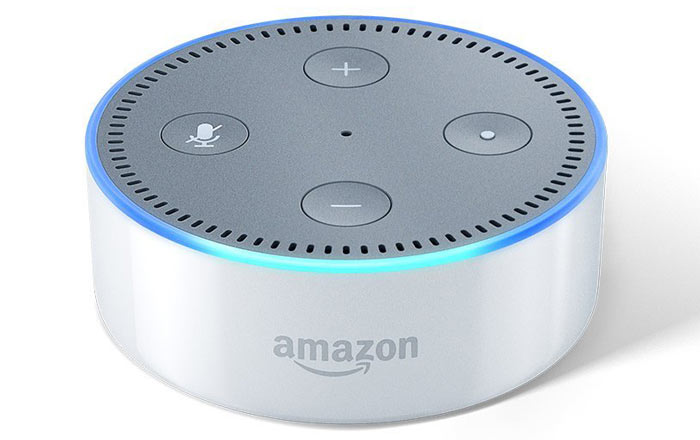 A lot of people have gotten used to Alexa hearing every word they’re saying, but there are occasions when the smart assistant does something weird that reminds us how strange it is to have a digital robot around all the time. The latest reminder of this comes in the form of a string of videos which show it bursting into random bouts of laughter.

Users began noticing this happening in their Amazon Echo devices a few weeks ago and immediately took to social media sites like Twitter to post videos. Many claimed that they hadn’t said anything to trigger the laughter, making the situation that much creepier. Some even said that it happened when they were falling asleep.

Hearing laughter at night when there’s no one around is enough to make anyone assume there’s an intruder in the house. Alexa’s been doing this so randomly that owners have had no choice but to unplug their device to stop the sudden cackling once and for all.

So Alexa decided to laugh randomly while I was in the kitchen. Freaked @SnootyJuicer and I out. I thought a kid was laughing behind me. pic.twitter.com/6dblzkiQHp

Customers disabling their Echo speakers to stop hearing nightmare-inducing laughs doesn’t reflect well on Amazon, which is why the company has now announced that it’s aware of the problem and is working on a fix. Apparently, Alexa was hearing the phrase “Alexa, laugh” instead of whatever command the user had issued.

Amazon is planning to resolve this by disabling that phrase and replacing it with “Alexa, can you laugh?” This is supposed to make Alexa less likely to mistake what a person has just said. Plus, the AI will change its response from straight laughter to “Sure, I can laugh” and then laughter.

Also Read: For an AI assistant, Amazon Alexa can be pretty dumb

Amazon’s fix doesn’t address the cases when there was no command issued though, so we’ll have to wait and see just how effective it is.