Alcatel made its presence known at the MWC 2014 by unveiling a plethora of LTE devices including the affordable OneTouch Pop S3, S7 and S9 smartphones. These handsets are powered by MediaTek processors and they run on Android 4.3 Jelly Bean.

The Alcatel OneTouch Pop S3 is the smallest of the three devices. The phone tags along a 4-inch WVGA touchscreen and it features a 9.85mm thick form factor that weighs 130 grams. The handset gains steam from a 1.2GHz quad core processor that’s accompanied by 1GB of RAM. There’s a VGA camera on the front, while the rear sports a 5MP snapper. The smartphone has 4GB of internal storage and a 2000mAh battery which offers 12 hours of talktime. An NFC-specific model of the Pop S3 will also be available. 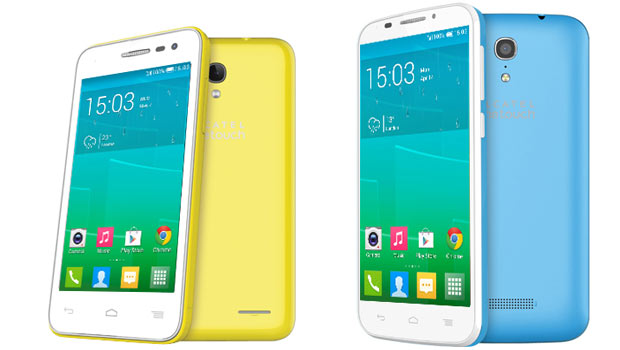 The Alcatel OneTouch Pop S7 is a stylish looking smartphone that offers qHD visuals through a 5-inch IPS display. The handset has dual cameras, a 5MP rear snapper and VGA front lens, and it’s powered by a 1.3GHz quad core SOC. For memory, the company has included 4GB of internal storage, a microSD card slot and 1GB of RAM. This handset also comes in an NFC-specific version.

The Alcatel OneTouch Pop S9 is the last on the list and it’s the slimmest of the three smartphones measuring 8.6mm thick. The handset is even the only one to offer a dual SIM model apart from NFC. It falls in the phablet category with a 5.9-inch HD display. On the inside, there’s a 1.2GHz quad core processor, 1GB of RAM and 8GB of storage. 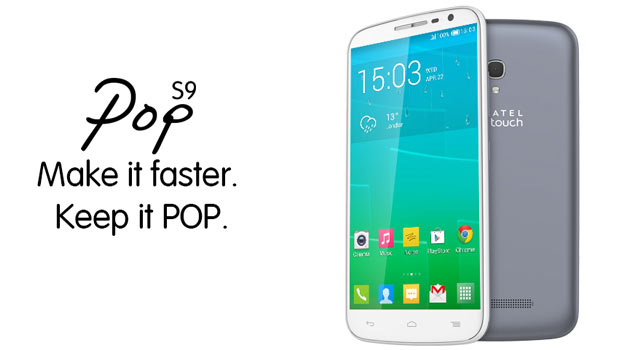 These smartphones also sport connectivity features such as A-GPS, GLONASS, Bluetooth 4.0, HSPA+ 42Mbps and 4G LTE. The latest Pop S series comes in a wide range of colors and the company will also be offering various accessories for these handsets including the Sight, Aero and Stand FlipCover cases amongst others.

Alcatel’s latest OneTouch S series is expected to go on sale in the coming months.