Alcatel OneTouch Pixi 3 range of smartphones is OS-agnostic; whatever that means

With the smartphone business having gotten as competitive as ever, gimmicks like the new ‘OS-agnostic’ nature of the Alcatel OneTouch Pixi 3 smartphone range are becoming a necessity of sorts for small players. The company has stopped short of explaining what it means by that in order to keep the hype up until CES 2015 which is scheduled to commence on January 6.

It has however revealed that the series has been equipped with four different handsets in terms of hardware. They are distinguished by their screen sizes of 3.5, 4, 4.5 and 5 inches, while their remaining specs have again been kept a secret. The 3.5-inch model supports 3G, whereas the other three offer 4G LTE compatibility. 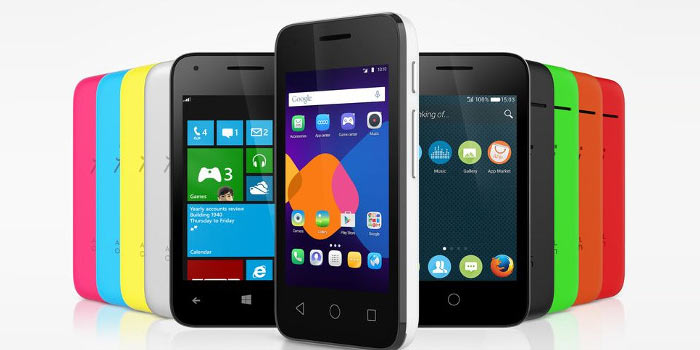 Coming to the OS-agnostic aspect of this range of Alcatel smartphones, it has been said that these handsets can run three major operating systems, namely Android, Firefox and Windows. How this works in reality hasn’t been explained but here are some guess which we have made.

The photograph above shows the trio of devices running the three different operating systems, which could mean that a particular OS could be reserved for a particular screen size from the OneTouch Pixi 3 range. Or it could also be that the company will provide buyers with the choice to purchase any of the four handsets infused with the software of their choice.

Also Read: Alcatel brings the One Touch Flash to India to compete with Xiaomi’s Redmi Note

Apart from the Alcatel OneTouch Pixi 3, a OneTouch Watch has also been teased by the company ahead of its debut. We’ll get to know about everything that the company has planned for the year ahead at the CES expo, so stay tuned for updates from the same.