Alcatel has some pretty interesting devices to showcase at the MWC 2015 expo, the OneTouch Idol 3 and its new Onetouch Hero 2+ phablet. The former basically comprises of two different handsets and they both have a unique feature of being able to be used upside down during a call. And what makes the latter device worthy of your attention is that it comes with Cyanogen OS preloaded.

The OneTouch Idol 3’s capability of being usable whether held straight or reversed is quite the needed one owing to its design. You see, it has a symmetrical form factor which makes it hard to deduce which is side the correct. This way you won’t have to waste time flipping the phone over to check or look silly when answering a call. 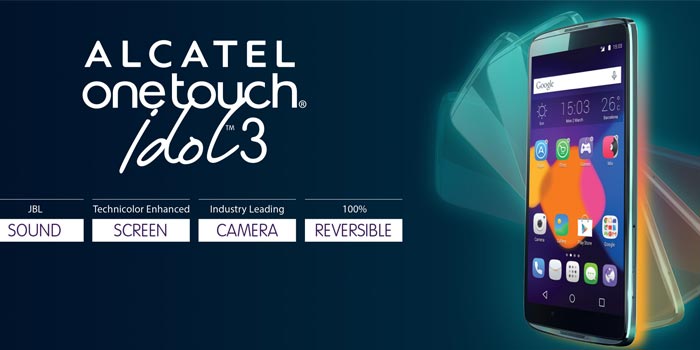 The new Alcatel series comprises of two smartphones, one being 5.5 inches tall and the other only 4.7 inches. The former model offers a 1080p FHD IPS display, an octa core Snapdragon 615 SOC, 2GB RAM, 16GB and 32GB storage options, dual stereo speakers, an 8MP front camera, a 13MP rear shooter and a 2910mAh battery.

The 4.7-inch Idol 3, on the other hand, offers a 720p HD touchscreen, a 5MP front shooter, a 2000mAh battery and a quad core Snapdragon 410 SOC. Then we have the Onetouch Hero 2+ which is a high-end phablet running on Cyanogen OS 11 based on Android KitKat, the same platform found on the OnePlus One and Yu Yureka. 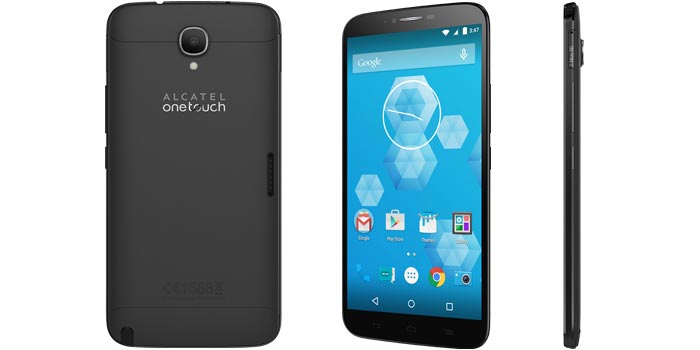