Alcatel has a new phablet up its sleeves under the OneTouch Flash moniker, which has gone official in Thailand as a mid-range handset. The device is being touted as an affordable option and is also being put up against the Redmi Note from Xiaomi that has already gone on sale in the country.

There’s even a video (see below) which pits the Alcatel OneTouch Flash against the latter phone. And to no surprise, the victor is none other than the handset in question after pulling off some sweet moves. While the company promotes its phablet as a superior device, it does so against the normal version of the Redmi Note which offers 1GB RAM, a 3100mAh battery and a 1.4GHz octa core processor.

However, there’s an enhanced version as well, which offers a 3200mAh battery, 2GB RAM and a 1.7GHz octa core chipset. The video doesn’t say much about the OneTouch Flash, but Thailand-based SiamPhone has all the details and even high resolution images of the device. The phone highly resembled a Samsung Galaxy handset which isn’t surprising.

It flaunts a 5.5-inch 720p HD IPS display on the front along with a 5MP camera, while the rear dons a 13MP snapper with LED flash. Occupying the innards is a 1.4GHz MTK6592M octa core processor, 1GB RAM, 8GB storage, a microSD card slot and a 3200mAh battery. 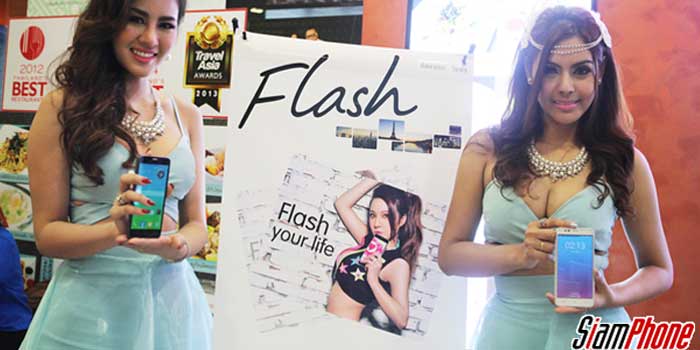 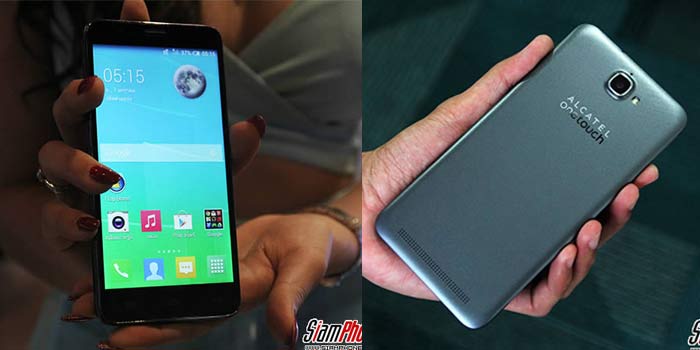 Price and availability details on the Alcatel OneTouch Flash are expected to surface on September 8. You can also anticipate the smartphone to go official in other markets across the globe.