Alcatel has just announced that it has launched the Onetouch Fire C smartphone based on the Firefox OS in India and is selling it at a very attractive price of Rs 1990. Also, the handset takes its place as the cheapest smartphone in the country to be powered by Mozilla’s internet-centric OS.

So far, Firefox phones have been available only through local OEMs in India. Spice has its Fire One Mi-FX 1 which is selling at Rs 2299, while Intex’s Cloud FX costs Rs 1999. The Alcatel Onetouch Fire C isn’t any different from the other two devices and that’s mainly because it’s based on the same reference design from Mozilla. 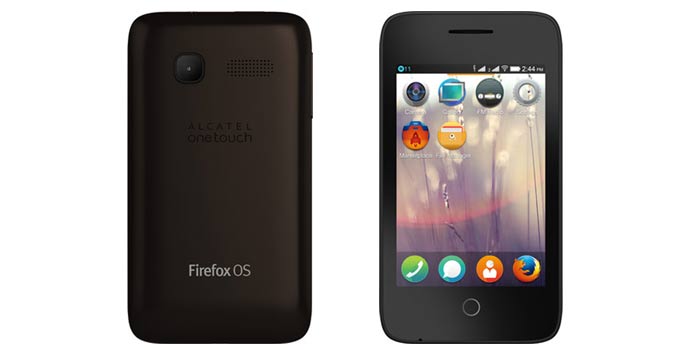 This also means that the specs are similar. The smartphone is powered by the Firefox OS version 1.3 and comes preloaded with support for English and native languages such as Bangla, Hindi and Tamil. A single core Spreadtrum 6821 processor based on the Cortex A5 with a clock speed of 1GHz is included, while memory is taken care of by 128MB RAM, 256MB ROM and a microSD card slot.

Design-wise, it’s 12mm thick and weighs around 100 grams. A 3.5-inch display has been fitted on the front with 480 x 320 pixel HVGA visuals and there’s a 1.3MP camera on the rear with video recording. The phone is being offered in two color options, dark chocolate and bluish black.

The Alcatel Onetouch Fire C will go on sale in India exclusively through Flipkart, albeit it’s still listed as coming soon on the ecommerce website.