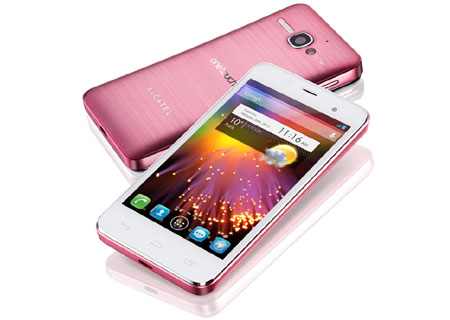 Just like a variety of other devices from the company, the Alcatel One Touch Star release date has been revealed at the ongoing MWC and the arguably mid-range handset brings along a few interesting attributes. We even saw it leaked earlier in the month ahead of this official showing.

The handset has a vibrant 4-inch AMOLED screen with Corning Glass for protection and an Oleophobic coating keeping it shimmering. Sadly, it is only capable of displaying visuals at WVGA resolution (480 x 800 pixels). It runs on Android 4.1 Jelly Bean though and comes in both single and dual SIM versions. 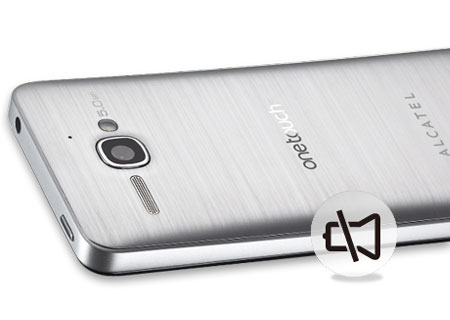 Continuing with the hardware features, the handset has a 1GHz dual core chip which means tasks will be zippy and games will be smooth. The 512MB of RAM seems a tad less, but there is 4GB of eMMC memory, of which about 2.4GB will be accessible to the user. microSD cards are supported and storage can be expanded by up to 32GB.

A 5MP primary camera makes it to the back panel with auto focus and LED flash. This snapper also tags along HDR and can focus when users tap the screen. Video can be captured at 720p at 30fps and playback is possible at 1080p at 30fps. A VGA webcam adorns the front panel and facilitates video calling over 3G. 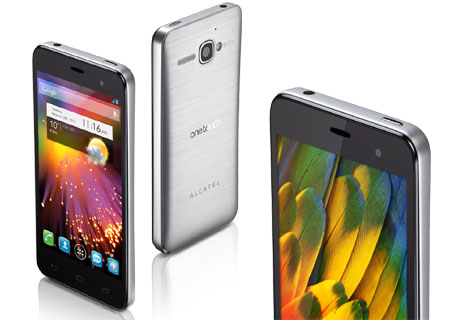 Speaking of which, the smartphone can connect to the Internet via Wi-Fi and to other devices through Bluetooth 4.0. And there’s also GPS, mobile hotspot and USB modem tethering. It must be noted that the dual SIM variant only works in a dual standby mode. In terms of conveniences, incoming calls and alarms can be silenced by simply flipping the phone to a face-down position.

The Alcatel One Touch Star should touch down sometime next month, but price information is still unknown. Another interesting device from the company which is displayed at the MWC is the Scribe Easy, a 5-inch phone ready to take on the Samsung Galaxy Note 2. 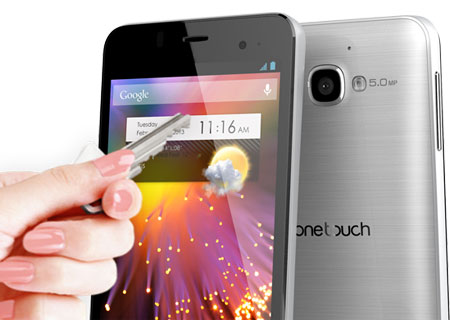