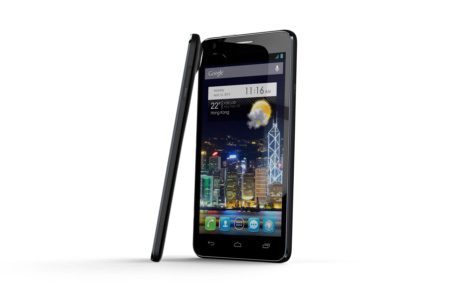 The Alcatel One Touch Idol Ultra, One Touch Idol and One Touch Scribe HD have been announced by the company as the three occupants of its lineup for this year, with the first among them boasting of being the world’s slimmest smartphone. The latter one on the other hand, possesses a 5-inch screen, and is being touted to be the first phone in the world to kick in the new MediaTek MT6589 quad core processor.

The thinnest smartphone tag for the One Touch Idol Ultra comes thanks to its 6.45mm thin body. Furthermore, its performance capabilities can be attributed to a 1.2GHz dual core processor that’s present inside it. It displays its visuals on a 4.7-inch HD AMOLED screen. It even houses an 8MP camera which is capable of capturing 1080p videos. And on the software front, nothing less than the Android Jelly Bean platform has been infused into it.

The next phone in the lineup is called the One Touch Idol, and at 110gms, it is being claimed by its maker to be the lightest smartphone in its category. This one too grabs the Android Jelly Bean OS, and runs on a dual core processor, the specifics of which haven’t been mentioned as yet. On its front lies a 4.7-inch IPS display, which is accompanied by a 2MP camera for video chatting purposes. On its flipside, it carries an 8MP snapper. 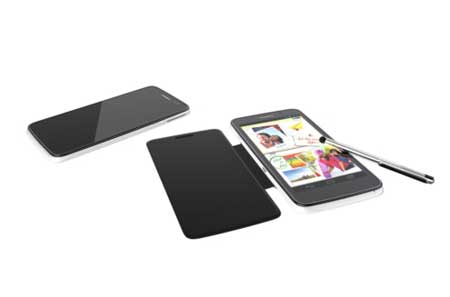 Another Jelly Bean offering in this range is the One Touch Scribe HD which is characterized by a large screen and a stylus. The 5-inch HD display of this smartphone is accompanied by the new MediaTek MT6589 quad core chipset which is said to provide faster Internet performance, a smoother user-experience and enhanced multimedia and graphics capabilities. It is a 4G-capable handset, and it even counts in an 8MP camera as well as a 720p HD front snapper.

The price and release date details about the Alcatel One Touch Idol Ultra, One Touch Idol and One Touch Scribe HD phones still haven’t been disclosed by their maker. They are all expected to start shipping sometime later this year however.