The Alcatel One Touch Idol S and Idol Mini have very quietly gone official through the company website, but there’s still no word on the price and availability details of the phone. And that’s not all. The One Touch Evo 8 HD tablet has also shown up on a web portal dedicated to the device. We are expecting all of these gadgets to be present at the IFA in Berlin this week.

Both the Alcatel phones were spotted on the internet by the guys over at GSMArena. Let’s talk about the One Touch Idol S which will come drenched in hues of slate, fresh rose and cherry red. Its chassis with dimensions of 133.5 x 66.8 x 7.4 millimeters, weighs in at 110 grams and accommodates a 4.7-inch HD IPS touchscreen of 720 x 1280p resolution. The Android Jelly Bean 4.2-based smartphone is fitted with an 8MP camera as well as a 1.3MP webcam and it acquires steam from a 1.2GHz dual core processor and 1GB of RAM. Its 4GB internal memory can be expanded by up to 32GB using a microSD card. 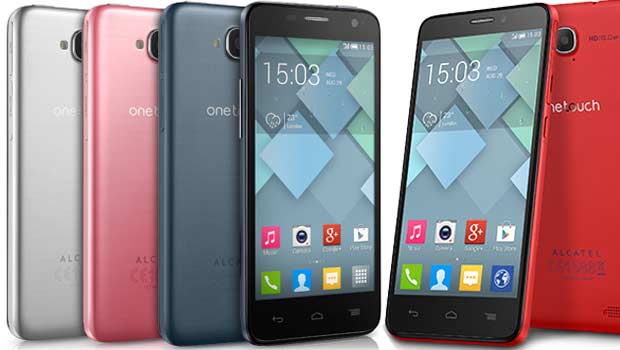 As for the Idol Mini, it is graced by a 4.3-inch IPS touch display as well as a 5MP camera with HDR and a VGA webcam. The cranberry pink-, silver- or slate-colored handset rocks Jelly Bean 4.2 and boasts of a 1.3GHz dual core chipset. Moreover, the Evo 8 HD tablet that plays successor to the Evo 7, provides a multi-touch area of 8 inches and operates with the assistance of Android 4.2. A dual core 1.6GHz ARM Cortex A9 processor works in tandem with 1GB of RAM to facilitate multitasking. You will also find a 3MP rear snapper and a 2MP webcam on the slate, while a 4160mAh battery powers it from within.

As we already said, the availability and pricing details of the Alcatel One touch Evo 8 HD, Idol S and Mini have been kept under wraps for now.