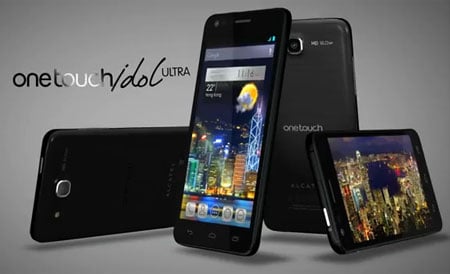 Alcatel has launched the One Touch Idol and the One Touch Idol Ultra in India and announced prices. The company claims that the former is the lightest in its category weighing in at just 110 grams, while the latter is supposed to be the slimmest in its segment at merely 6.45 millimeters thick.

The Ultra comes with a 4.7-inch HD AMOLED capacitive touch screen, throwing out images and video at a resolution of 720 × 1280 pixels. That it has an oleophobic coating should come as a bonus and help mitigate the occurrence of fingerprints. On the back is an 8MP camera with an LED flash, while a 1.3MP webcam can be found on the front, and there is a 1,820mAh battery included. 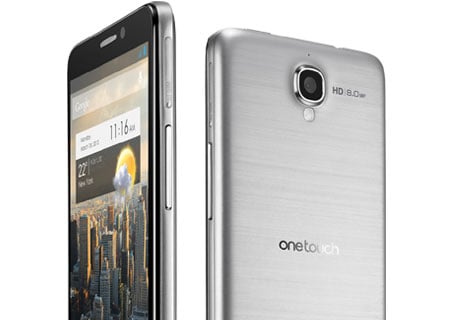 The smartphone draws its power from a 1.2GHz dual core processor, while efficient and speedy usage comes from the 1GB of RAM built into the device. On-board memory amounts to a 16GB ROM, with about 13.3GB accessible to the user. And it should come as no surprise that it runs on the latest Android platform, Jelly Bean (4.1). Connectivity options include Bluetooth 4.0, Wi-Fi, HSPA and A-GPS.

The Idol is the slightly lower spec handset of the two, but features a more capable 2MP front snapper for video chatting. It too gets a 4.7-inch display which is coated with an oil-repelling material to minimize fingerprints sticking to the screen. The rear panel houses an 8MP camera, specifics of which haven’t been revealed. 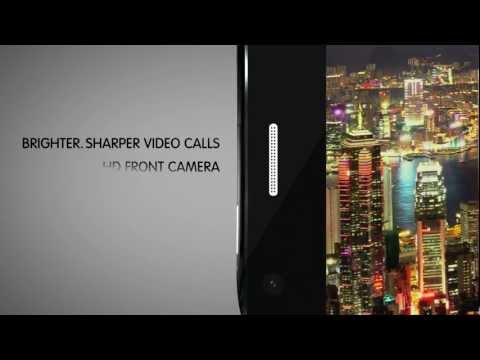 Jelly Bean is once again the OS of choice, with a 1GHz dual core processor taking care of running operations and apps. Just how much RAM and internal memory will come along hasn’t been given a mention, but it should be on par with the larger of the two. And as NDTV Gadgets is reporting, the company plans to launch a dual SIM version of the handset sometime in the near future. 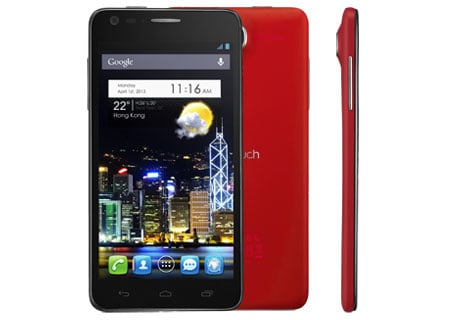 The Alcatel One Touch Idol and the One Touch Idol Ultra were unveiled to the world at this year’s CES in January. The former has been pegged at Rs. 15,800 in silver, slate, cranberry pink and red color options, while the latter will sell for Rs. 21,000 and come in the choice of red and black.