Berlin is where the action is at the moment; where even as bigwigs like Samsung and Sony are preparing to reveal their new beasts, Alcatel will debut two new offerings in the form of its One Touch Hero and One Touch Idol Alpha handsets. These smartphones offer quad core processing, and they’ve both been infused with the Android 4.2 OS. Their pricing details are still to be revealed however, and the same applies to their release plans.

The Alcatel One Touch Hero bears on its front surface a 6-inch display which beams its visual with a full HD resolution. It features a 1.5GHz quad core processor, 2GB worth of RAM, a 13MP main shooter and a 2MP front camera. This stylus-equipped device will be made available in 8GB and 16GB storage options. What’s more interesting is that it will come with some optional covers as well. While an E Ink cover will turn its screen into a reading friendly surface, a MagicFlip cover will offer LED notifications. And then there’s even one for wireless charging. 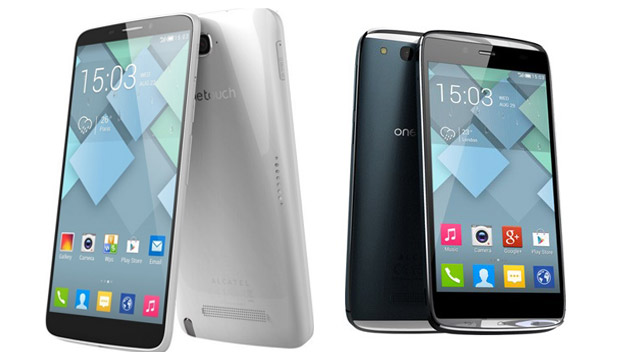 Coming to the One Touch Idol Alpha, this phone’s unique ability lies in its edges which light up during different modes like charging, video and more. The device features a 4.7-inch display and runs on a quad core 1.2GHz processor. Its 7.5mm thin body is covered in an aluminum metal frame.

The Alcatel One Touch Hero and One Touch Idol Alpha will be showcased at the IFA in Berlin, and we’ll probably get to hear more about them when the event commences.